A golden opportunity or fool’s gold? 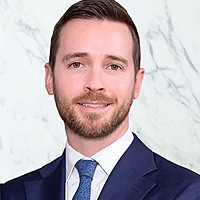 Small cap gold stocks have had a remarkable run over the past 5 years, fuelled by rising production, a high gold price, and strong levels of cash generation. However there have been clear winners and losers, and we see a few worrying trends emerging. In this article we take a look at the favourable conditions that have led to today’s premium ratings, the opportunities and threats in the sector, and what investors should be looking for when picking stocks in the sector.

When we break down the sector into the following 3 groups – the mid-tier producers (larger, lower cost mines), junior producers (smaller/higher cost mines) and developers (recent project developments) – and create an index of each, it becomes apparent that the performance has largely been concentrated at the top-end of the market. For the mid-tier miners it has been a fairly simple story of a rising gold price, solid production growth and cost reductions leading to strong cashflow generation. Their mines in aggregate have generated $3.3bn over the past 5 years in cash after operating expenses and capital, allowing for some smart acquisitions and dividends to be paid. Organic production growth coupled with some well-timed acquisitions made near the bottom of the cycle have led to a significant increase in production bases in this group. Miners have also benefited from excellent operating conditions over the period. 2013-14 saw the end of the mining construction boom in Australia with several large iron ore and LNG projects coming to an end. This resulted in a period of downward pressure on wages, contractors, and machinery which was a very positive tailwind for the sector. The result was that costs on an ‘all-in sustaining basis’ (which captures all operating and capital costs to keep the mine in production) steadily falling. The combination of the above factors led to a significant re-rating of the mid-tier producers, with the average EV/EBITDA multiple for the group more than doubling from 3.0x to 6.1x. A huge valuation gap has opened up relative to where junior producers are trading, and while the larger producers should usually trade at a premium given they have a more diversified asset base and a lower cost structure, the difference is now very large and may not be sustainable. Juniors have had a tougher operating period, with little in the way of production growth and costs having actually risen for the group over the past 5 years. The average all-in sustaining cost for the juniors over the period has been around $300/oz higher than that of the mid tiers, which has substantially lessened the cashflow generation of this group and has seen a number of these companies repeatedly return to the market to raise money at a discount in order to fund their projects. Another interesting factor driving this valuation divergence has been the rise of the gold ETF funds. Large offshore gold ETF funds currently have over US$12.5bn invested in gold stocks globally, and have become substantial shareholders in many of the small cap gold stocks on the ASX in recent years. This has disproportionately benefited the larger names given the buying that results from ETF index inclusion.

Developers have performed well on average, although this masks a significant split between winners and losers. Many of the developers’ share prices have performed very well in the lead up to production, only to subsequently disappoint investors with issues ranging from commissioning delays to grade shortfalls. Recent examples of new mines entering production have mostly been a disheartening experience for shareholders, with Troy, Dacian, Gascoyne and Blackham all encountering significant issues early on in their mine lives. This has left investors wary of investing in gold developers and the industry will need to demonstrate some success before trust is restored. Gold Road will be the next new mine in operation in a few months’ time, and they have the benefit of a large partner in Gold Fields to utilise their expertise in ramping up the mine.

Clouds on the Horizon

We see two emerging headwinds which investors should be thinking about and that management teams will need to monitor:

Firstly, costs are rising once again. We’ve seen this come through in the past few rounds of quarterly reports and it looks set to continue. A rising oil price and low Australian dollar is driving diesel prices higher, and fuel can comprise up to 20% of the total cost base of an open pit mine with remote power generation. The iron ore majors are building new projects again and the labour market is tightening, with wage pressure and staff turnover starting to impact certain operations. Mining equipment is also getting back to high levels of utilisation and we have seen dealer networks such as WesTrac recently put up parts prices by up to 10%. A number of mines are also transitioning to underground operations as open pit reserves deplete – this is generally a structurally higher cost move. Miners are trying to combat cost inflation through increasing use of technology, including initiatives such as autonomous mining (Resolute’s Syama underground mine is moving to full autonomous production) and ore sorting to reduce processing costs, however none of these programs is without risk or an upfront capital cost.

Secondly, organic growth production profiles over the next few years appear underwhelming, particularly for most of the mid tier gold miners (Saracen being the exception). Many in this group have existing mines running at full production rates and a number of earlier stage exploration projects, with no development ready projects to come online in the near term. Investors will be looking for the next leg of growth and many miners don’t possess the ability to grow within their existing portfolio.

The Outlook – Good as Gold?

Putting aside the outlook for the gold price, which will be the biggest driver of near-term performance in the sector, investors will need to be selective in their gold exposure to continue to generate good returns. In order to maintain their premium rating the mid-tier miners will need to demonstrate a growth profile and an ability to mitigate cost rises. We expect acquisitions to take on a renewed focus for this group as they look to build out their pipeline of new projects. High share prices in recent years has meant that assets are looking expensive to acquirers, and the Aussie listed mid tiers have been unwilling to look at areas of the market where value might still exist (think locations such as Africa, higher cost producers or mines requiring a turnaround) for fear of diluting the quality of their portfolios and taking on additional risk. This may well have been the right call given the numerous issues we have seen with bad acquisitions over the years, however no mining CEO likes to see production going backwards, and many of these companies might start to face calls from shareholders to return some of the significant cash holdings they have if they don’t start spending it. There should be opportunities for companies to pick up assets that fall out of the mega-mergers taking place between the large North American based producers.

A handful of the juniors have done a good job turning around underperforming assets in recent years and there is a clear opportunity for them to re-rate to higher levels if they can string together a few good quarterly results. In addition, some of the smaller producers are consolidating to gain scale and hope to join the mid-tier ranks (the Silver Lake / Doray merger is a recent example).

Overall, we see a tougher operating environment going forward and management teams will need to be alert to the challenges in their industry. If the gold price goes up a rising tide will float all boats, but as we have seen over the past 5 years, there will be clear winners and losers and we find that time spent getting to know different operations through detailed research and mine site visits is never wasted.

M
Mads Larsen
21st May, 19
Great points, Matt. Do you have a view on which companoes in particular you think will do well?

Matt Griffin
21st May, 19
Hi Mads, unfortunately policy prevents me from talking about specific stocks on here. But fair to say there is more value in the juniors and developers - I'd be focusing on stocks that have delivered on recent guidance, can show a growing production profile, and are well funded.

Get investment ideas from Matt Griffin when you sign up to Livewire Markets.