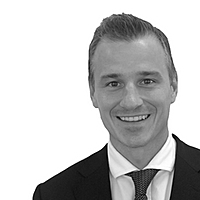 One of the challenges with artificial intelligence (AI) is that its implementation is so ubiquitous and its applications so broad that it’s easy to be over-awed by its possibilities. It’s also what makes it so exciting. From radical advancements in disease diagnostics to the social implications of enhanced productivity and job losses, AI is likely to be a generation-shaping thematic.

Already, AI is more widespread than many of us may realise. Spotify, Netflix and Amazon all use it to assist in the way they target their products to consumers— while Amazon has also used it to reduce labour costs, effectively replacing six humans with one robot. Further, Google Photos has invested heavily in facial recognition technology to identify faces in photos with near 100% accuracy. In this article, we take a look at how investors should think about AI, how widespread it is, and why this thematic is likely to have a far-reaching impact on economies and markets. We also examine why those companies that are embracing AI are likely to be able to both disrupt and deliver real value to their shareholders.

What is AI and machine learning?

AI is essentially the science and engineering of intelligent machines and computer programs that are not only capable of learning but can also solve problems in ways that normally require human intelligence. Machine learning (which includes and is sometimes referred to as ‘deep learning’) involves the use of algorithms that learn from examples and experience (i.e. data sets) rather than relying on hard-coded and predefined rules.

Arguably, the key term in the above descriptions is ‘data’. AI becomes ever-more powerful the more data it has at its disposal. Therefore, as the amount of data that’s created and consumed increases exponentially, the speed at which AI can solve problems increases. Currently, there are 2.5 quintillion bytes of data created each day—a staggering 90% of this data has been created in the past two years alone. Increases in connected devices, machine-to-machine communication and remote sensors are combining to create large data sets that can then be mined for insights and train adaptive algorithms. Combined with the exponential increase in computing power, this has set the scene for AI to take hold at an industry and company level in ways that are currently hard to imagine.

The AI ecosystem is likely to span almost all industries

While the ecosystem is likely to impact most industries, the following table highlights a number of examples where AI could potentially improve efficiencies and lower costs in certain parts of the market. At a company level, the ability to implement and leverage AI will become one of the key differentiators over the next decade. Management teams that don’t focus on AI risk missing out on the inevitable product innovation, labour efficiencies and capital leverage that it will bring. The corollary to this is that companies will need to invest in new technologies to stay competitive, which will drive a surge in demand for the talent, services, and hardware underlying AI.

Who is leading the way?

It appears unlikely that AI will be a ‘winner-take-all’ phenomenon, as it has been in ‘search functionality’ for example. Nonetheless, there are several companies leading the way:

• Amazon is the largest cloud provider globally and arguably has the most sophisticated AI platform on the cloud. Amazon is a leader in the ‘AI-as-a-service’ ecosystem, bringing complex inferencing capabilities into the offices of companies that have limited machine learning experience. Without having to custom-build complex applications, Amazon’s customers can potentially use machine learning on data for model training, evaluation and optimisation.

• Microsoft has invested heavily in AI and has a headcount of more than 5,000 people in its AI and Research Group. It has recently been focused on chip architecture that can speed up AI calculations at a competitive cost, while also creating tools that help developers and their customers to more simply speed up the incorporation of AI into their applications.

• Google was able to cut the amount of electricity needed to cool its data centres by around 40% by installing internet enabled sensors throughout its cooling system and having its own self-learning algorithms analyse the data and maximise efficiencies through the system.

• Nvidia has evolved the graphics processing unit into a central component powering the adoption of AI across industries with enhanced data processing speeds that promises a 1000x speed increase by 2025.

…but the impact of disruption is just as important

While investors will invariably be interested in who the likely AI winners are, just as much attention needs to focus on where and how AI will disrupt business models, industries and societies.

Disruption is not a new phenomenon, and mechanisation has thus far occurred without AI. When Henry Ford introduced the assembly line, the time it took to assemble the Ford Model T fell from 12 hours to around 90 minutes. The difference now is that AI is gradually expanding the realm of physical automation because it relates largely to robotics.

As such, current disruptive developments appear to be much more global and wide-ranging in nature than in the past—and the implementation of AI is likely to span social, political, legal and security issues that the world is only now starting to analyse.

According to management consultant, McKinsey & Company, countries that establish themselves as AI leaders (mostly developed economies to date) could capture an additional 20-25% in economic benefits over time compared with today. Emerging economies (which tend to have other ways to improve their productivity, including catching up with best practices) may capture only half their AI upside, given less of an incentive to push into AI. The ability of countries, companies and individuals who are leaders to reinvest their AI gains is likely to foster conspicuous winners over the decades ahead.

Where will robots and automation be most prevalent?

In 2013, researchers from the University of Oxford estimated that 47% of all jobs could be replaced by AI automation (or robotics). In a 2016 report, the Organisation for Economic Co-operation and Development put the number at 9%. But even 9% would place enormous financial stress on the global economy—not to mention the psychological toll on displaced labour. Much will depend on the extent to which new occupations that do not exist today emerge as a consequence of AI—and the responsiveness of governments to assist those who are displaced. Recently, Google's chief Australian engineer and global head of its photos and communications tools warned that government and businesses must work together with academia to ensure economies and humanity improve as technology gets smarter.

According to BCG, by 2025 robots could handle around 25% of manufacturing tasks versus the 10% they handle today. The global success story of robots has, to a very large degree, been acted out in the automotive sector. However, robot density outside the car industry is still low albeit increasing. Manufacturers begin to ramp up robot capex when the cost of owning a robot becomes 15% cheaper than employing a worker, according to BCG.

2020 could mark an inflection point in robotics, as it is estimated that the cost of a generic robot (a flexible system that can do many types of work) may fall to less than USD 20 per hour, making it cheaper than the cost of human labour.

Looking forward, automation will mostly affect clerical work, sales, customer service and support functions. Minor claims in insurance can be processed without human intervention, most incoming customer queries could be answered automatically, and many customer calls deflected. In finance, 'robo-advisors' are already available in the market, and computers can quickly sift through millions of emails and dramatically cut the cost of legal investigations.

Why should we think about AI?

Thematic investing is a style of investing that focuses on strong and emerging secular trends that identify sustainable long-term growth themes. AI, along with automation and robotics where it finds much of its application, is one of these thematics. As noted by McKinsey in 2017, “AI has the potential to accelerate shifts in market share, revenue, and profit pools—all hallmarks of digitally disrupted sectors” (1) . The ability to implement and leverage AI will become one of the key differentiators over the next decade.

How can we gain exposure to the AI opportunity?

For now, many investors are likely to focus on the mega-caps (Google, Amazon, Microsoft, Alibaba, Tencent etc) as the main way to gain exposure, with domestic stocks like Appen offering exposure to human-interpreted data sets for machine learning applications. As well as AI-enablers, there are early-adopters who are likely to gain a sustainable competitive advantage. There are many companies in this space, such as Monsanto (now Bayer), Ping An Insurance, Illumina and Siemens to name a few.

Earlier this year, Crestone Wealth Management invited a group of Australia’s leading venture capital investors to provide their views on various technology themes and how they are likely to impact the world in which live. To read their views, please see Investing in an AI future

Get investment ideas from Todd Hoare when you sign up to Livewire Markets.