(Alpha)betting on years of compound growth ahead 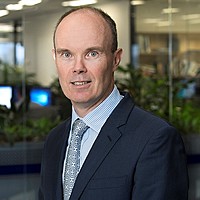 People don’t visa their lunch. They pay for it with a credit card. Teenagers don’t McDonald's a hamburger. They eat one. Someone doesn’t coca-cola a drink. Nobody says let’s apple somebody. Parents don’t tell their kids to colgate their teeth. Yet people hoover a room, uber home and photoshop. And, of course, everybody googles.

The morphing of a brand name into a verb is a rare feat achieved only by a product highly valued, widely used and dominant within its category. The owners of this product obviously possess something of value.

Alphabet is the parent company of Google and more. Sergey Brin and Larry Page, the two Stanford University students who started Google in 1998 when ranking search results, created Alphabet in 2015 to house Google, other internet-related businesses, and what the duo dubbed ‘Other Bets’, which are businesses they often started from scratch with the potential for disrupting large global markets. Chock-full of such assets, Alphabet has become one of the world’s most valuable listed companies by market value.

At times, the company has been the world’s most valuable stock.

Alphabet, for all its subsidiaries, is mostly about Google, which has about a 90% share of the global search market outside of China (from where the company withdrew in 2010 after a hack). Google has ridden this success in search to become the world’s largest advertising company, capturing about 26% of global media advertising spending. The business under the ‘search & other’ category in Alphabet’s accounts provided about 61% of Alphabet’s sales of US$162 billion in fiscal 2019 and an even higher proportion of its earnings – advertising across all asset bought in 83% of revenue.

Google in 2009 released the Android mobile operating system for free to the makers of smartphones keen to meet the competitive challenge of Apple’s iPhone and it is now the dominant mobile operating system. The majority of Android devices are preloaded with Google’s services. Nine of these – Android, Chrome, Drive, Gmail, Google Pay, Maps, Search, Photos and YouTube – have more than one billion users a month. Google directly monetises Android through the Google Play Store, a platform where app developers can sell games, services and content to Android’s billions of users. We estimate this added US$10 billion to Alphabet’s revenue last fiscal year.

It’s rare to find a company with advantages in so many businesses.

Alphabet owns some of the world’s best businesses and it could one day own other businesses that are as dominant within their spheres. Alphabet is well placed to provide investors with compounded returns for years to come.

Every company has challenges and many of Alphabet’s risks stem from its success. Regulators are questioning whether Google’s dominance in search, digital advertising technology, and Android give the company too much market power. Google has been fined for anti-competitive behaviour in Europe. Media reports say the US Justice Department plans to file anti-competitive charges against Google soon. Australia’s government plans to introduce a mandatory code of conduct aimed at improving the bargaining power of traditional media against Google (and Facebook) for displaying their news reports, something other governments could copy. Privacy surrounding the data Google collects for advertising is a concern in many jurisdictions. While these threats need to be monitored, it’s unlikely that regulators will permanently reduce Google’s competitiveness in search or digital advertising. YouTube is sometimes in trouble for the content it carries though the company is developing systems and hiring content reviewers to remove harmful content. Alphabet is often criticised for the way subsidiaries shift revenue to minimise tax and we expect it will pay a higher tax rate over time as governments reduce their ability to do this. Some of Alphabet’s other bets are in industries that appear distant from Google’s core skills such as medical devices (Verily is making glucose-monitoring contact lenses) and town planning. But none need to succeed to justify the investment case.

Alphabet’s growth rates are likely to fall over time. But any company that owns a household verb doesn’t need much to go right for it to deliver bumper returns for its investors for many years.

Magellan believes that successful investing is about finding, and owning for the long term, companies that can generate excess returns for years to come. For more information on where we are seeing the most compelling opportunities, click the contact button below.

Get investment ideas from Hamish Douglass when you sign up to Livewire Markets.