An advanced project in an undersupplied market 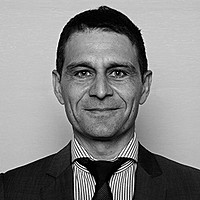 Agrimin (AMN) has 100% ownership of the world-class Lake Mackay SOP project in WA, which is an advanced stage brine-based development asset. Their project is one of the biggest salt lakes in the world. In fact, it compares very well to the two biggest operations in the world, like SDIC’s Luobupo in China and Compass Minerals Great Salt Lakes in the USA.

Agrimin has delineated and drilled out the world's largest drainable SOP resource. There are other resources out there, but this one has a drainable resource that will underwrite a 375ktpa SOP production operation for a 20+ year mine life.

In August of this year, Agrimin delivered an extremely positive scoping study with highly attractive economics. Using conservative macro and operating inputs, the project has a short payback, NPV substantially greater than the Capex. Lake Mackay has the lowest operating costs AND the lowest capital intensity of all the competing projects globally.

Agrimin is well advanced on delivering Lake Mackay’s pre-feasibility and environmental approvals all in the next 12 months, which should prove to be strong catalysts. This next stage of work will continue the momentum, add a lot of value and position Agrimin to take full advantage of the genuine corporate interest they are seeing from the world’s largest fertiliser companies.