An asymmetric investment opportunity in a small-cap iron ore miner 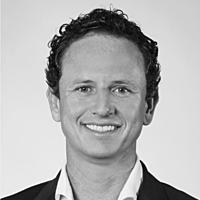 At Tectonic we spend our days (and nights) looking for asymmetric investment opportunities - those set-ups where we can make multiples of our invested capital if we are right, but where the downside is limited if we are not.

We believe Fenix Resources (ASX:FEX) - a junior Australian iron ore miner - is one of these asymmetric opportunities, and our fund has been steadily building a position in the company since last December.

Fenix commenced production in February 2021 at its Iron Ridge project, located 600km northeast of Perth. There is certainly no shortage of iron ore mining companies on the Australian Stock Exchange, but what distinguishes Fenix is its unique combination of:

Fenix has many of the qualities we look for in a typical Tectonic investment:

With an Australian dollar cash cost (C1) of $85 per ton Fenix is by no means the lowest cost iron ore miner in Australia, mainly because its product needs to be trucked 490km to the port at Geraldton. However at current iron ore pricing the company is generating significant cash profits on every ton shipped, providing a growing margin of safety as every month passes and their cash pile builds.

Below we have detailed our calculations of Fenix’s unit economics at the current iron ore price of USD 190 per dry metric ton (62% Fe CFR China). We have made a number of conservative assumptions which are detailed in the table below (please get in touch if you want to step through the finer details). After accounting for State and local project royalties we estimate Fenix should be generating cash earnings of c. $115 per ton of iron ore shipped. The company has announced they have now ramped up operations with the ability to export two shipments of 55,000 tons a month to China (a run rate equivalent to 1.32m tons per annum, greater than their nameplate capacity of 1.25m tons per annum). Fenix makes no secret of the fact they are trying to ship as much of their product while prices are so strong. No wonder when each shipment that leaves Geraldton port is generating Fenix c. $6.4m of pre-tax cash profit!

Because Fenix shipped a load on the very last day of the March quarter, we think it is best to assume that only 5 shipments will make the cutoff for the Q2 quarterly (with a catchup in the Q3 period with 7 shipments) but this could still see the company bring in c. $30m of pre-tax cash earnings this quarter to add to its existing $26.7m cash balance. The company has carry-forward tax-losses of c. $20m (as Fenix was backed into a former iron ore company) so we assume little tax is paid in the current quarter. Also the company is carrying very little corporate overhead, with management working out of serviced offices with minimal support staff so we roll-forward the same corporate/admin costs incurred in Q1 of -$600K per quarter.

Iron ore price risk is undoubtedly the biggest risk and driver of our future return. The volatility of the iron ore price has been on full display this calendar year with the significant spike in pricing up until early May followed by the recent correction in prices the past fortnight. The correction was sparked by ‘jaw-boning’ statements from Chinese government officials trying to stamp out speculation in iron ore futures and stating their intention to diversify away from Australian production over time.

We certainly do not claim to have a special insight into the future direction of iron ore prices. The consensus-view (and what the market is pricing in) is that prices are likely to significantly decline over the coming 12-18 months as Brazilian production ramps back up and additional supply comes online (e.g. BHP’s South Flank). That makes sense to us and is our base case but we also believe:

So what happens if there is a sustained downturn in iron ore prices to a level below Fenix’s cost of production? In those circumstances Fenix would likely stop production and move to care-and-maintenance mode, activate the early-termination/suspension provisions it has on all of its contracts, and wait for a recovery in prices. The likely cost of such a move (based on our discussions with management) would be c. $10m so not cost-prohibitive. The rationale move if prices are very low is to keep Fenix’s resources in the ground rather than sell it into a depressed market at a loss.

Fenix as an asymmetric investment opportunity...

If we are still only in the early-stages of a multi-year ‘commodities supercycle’, then we believe Fenix has a good chance of becoming a multi-bagger based solely off the cash it will generate in the next 18-36 months (if iron ore prices stay anywhere close to where they are right now). In addition there is further upside if management is able to increase Fenix’s mine-reserves, open up new expansion opportunities (e.g. through the Scorpion JV) or use its growing cash-pile for strategic acquisitions or capital management activities like share buybacks.

If on the other hand the global fiscal stimulus amounts to nothing, leading to a sudden and sustained crash in iron ore prices in the near-term - we believe our downside is limited given our low entry-price, and Fenix’s substantial cash backing providing a greater margin of safety every month.