An own goal in the making 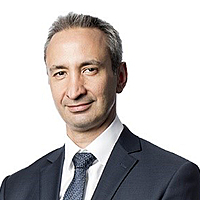 With the RBA continuing to stoke market volatility as it ratchets interest rates higher, it seems APRA, Australia’s other financial regulator, is eager to get in on the action and generate some volatility of its own.

On Melbourne Cup Day, APRA published a letter from its new Chair John Lonsdale. In it, the financial regulator stated its desire for financial institutions to consider their optionality in existing AT1 and T2 hybrid capital securities and not refinance at their respective call dates on economic grounds due to credit spreads being significantly wider.

Let’s examine APRA’s suggestion more closely that financial institutions, in refinancing securities, are making ‘uneconomic calls’. It is noteworthy, as covered in previous notes, that domestic major AT1 credit spreads in the 250-300bps range are actually on the tighter side in absolute terms and remain very expensive relative to major bank T2s (refer Chart 1). So exercising call dates in T1 doesn’t seem to be ‘uneconomic’ at current levels.

Looking at major bank T2s, where credit spreads have indeed moved materially wider over the past 12 months, APRA is potentially in a bind of its own making. Having instructed the major banks in 2018 to comply with new total loss absorption capital (TLAC) provisions and raise, at the time, ~$60 billion of additional T2 capital (now ~$35 billion – refer Chart 2) by January 2026, it seems counter intuitive to effectively kneecap their funding efforts by instructing them not to refinance T2 securities at their call dates.

It’s not difficult to see how extending the term of these securities will make this task much more problematic and, ultimately, more costly. Not less so! Offshore and domestic T2 investors would rightly recoil at security extensions and would require greater compensation for heightened maturity extension risk. This would only increase funding costs on additional T2 required under TLAC.

If APRA follows through and compels major banks not to refinance T2 securities on call dates, we could reasonably expect longer-dated bullet T2 issuance – a feature in some offshore markets – to become a more prominent feature of domestic funding markets. Of course, T2 investors would naturally demand more compensation for longer maturities, ensuring a more expensive exercise for the major banks.

This compares to an existing understanding between market participants that T2 and AT1 calls are not exercised in the unlikely event of non-viability or severe market disruption, as occurred with the Challenger Group’s AT1s during the height of COVID in 2020. In this instance, Challenger did not call, but kept faith with investors by refinancing upon resumption of more normal funding conditions, rather than any call on economic or uneconomic credit spreads.

Post publication of APRA’s letter, two financial institutions – Challenger Group and AMP – have been permitted by APRA to exercise calls on existing T2s. Time will tell whether this is a blip or a continuation of pre-existing conventions. Ultimately, any measure of ‘uneconomic’ refinancings by APRA’s definition should take into account all of the factors discussed, which we’re sure major bank Treasury departments remain acutely aware of.

We hope that APRA doesn’t follow through and score an own goal negatively impacting funding markets, and instead ensures a continuation of a more nuanced approach to call dates and the preservation of well-functioning funding markets.

You can stay up to date with all my latest Livewire insights by clicking the follow button below. For more information on Yarra Capital, please visit our website.

........
Yarra Funds Management Limited (ABN 63 005 885 567, AFSL 230 251) (‘YFM’) is the issuer and responsible entity of a range of registered managed investment schemes, which includes those named in this document (‘Funds’). YFM is not licensed to provide personal financial product advice to retail clients. The information provided contains general financial product advice only. The advice has been prepared without taking into account your personal objectives, financial situation or particular needs. Therefore, before acting on any advice, you should consider the appropriateness of the advice in light of your own or your client’s objectives, financial situation or needs. Prior to investing in any of the Funds, you should obtain and consider the product disclosure statement (‘PDS’) and target market determination (‘TMD’) for the relevant Fund by contacting our Investor Services team on 1800 034 494 or from our website at www.yarracm.com/pdsupdates/. The information set out has been prepared in good faith and while Yarra Funds Management Limited and its related bodies corporate (together, the “Yarra Capital Management Group”) reasonably believe the information and opinions to be current, accurate, or reasonably held at the time of publication, to the maximum extent permitted by law, the Yarra Capital Management Group: (a) makes no warranty as to the content’s accuracy or reliability; and (b) accepts no liability for any direct or indirect loss or damage arising from any errors, omissions, or information that is not up to date. No part of this material may, without the Yarra Capital Management Group’s prior written consent be copied, photocopied, duplicated, adapted, linked to or used to create derivative works in any form by any means. YFM manages the Fund and will receive fees as set out in the PDS. To the extent that any content set out in this document discusses market activity, macroeconomic views, industry or sector trends, such statements should be construed as general advice only. Any references to specific securities are not intended to be a recommendation to buy, sell, or hold such securities. Past performance is not an indication of, and does not guarantee, future performance. Information about the Fund, including the relevant PDS, should not be construed as an offer to any jurisdiction other than in Australia. With the exception of some Funds that may be offered in New Zealand from time to time (as disclosed in the relevant PDS), we will not accept applications from any person who is not resident in Australia or New Zealand. The Fund is not intended to be sold to any US Persons as defined in Regulation S of the US federal securities laws and has not been registered under the U.S. Securities Act of 1933, as amended. References to indices, benchmarks or other measures of relative market performance over a specified period of time are provided for your information only and do not imply that the portfolio will achieve similar results. Holdings may change by the time you receive this report. Future portfolio holdings may not be profitable. The information should not be deemed representative of future characteristics for the strategy. There can be no assurance that any targets stated in this document can be achieved. Please be advised that any targets shown are subject to change at any time and are current as of the date of this document only. Targets are objectives and should not be construed as providing any assurance or guarantee as to the results that may be realized in the future from investments in any asset or asset class described herein. If any of the assumptions used do not prove to be true, results may vary substantially. These targets are being shown for informational purposes only. © Yarra Capital Management, 2022.
save