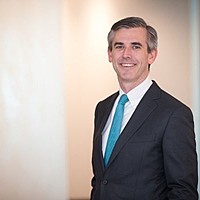 In a move that's a bit more aggressive than I had expected, APRA just announced that they will close the CLF (Committed Liquidity Facility).

In a surprisingly strong letter, APRA says that they expect "ADIs to purchase the HQLA necessary to eliminate the need for the CLF."

For the system as a whole, this won't be a problem upfront.  According to APRA data, the aggregate Australian Dollar LCR for LCR-ADIs, excluding the CLF, was about 108% in Q2'21 (it was 132% including the CLF).  However, the aggregate hides some important differences.  We know from the various Pillar 3 reports that smaller banks tend to rely on the CLF to a much greater extent for HQLA, so they are going to come looking for assets.

As a general rule, banks like to get ahead of regulatory change, so I fully expect that they will seek to end their reliance on the CLF well before the closure at the end of 2022.  This means that they'll also be looking for assets.

Regulation (which I think should to be changed) means that ADIs won't necessarily hold all this extra HQLA as bonds -- though I think they will buy some more.  The lack of revenue associated with that ES Cash makes it a bit hard to stomach, particularly for the smaller ADIs (who tend to have lower ROE hurdles).

All this means that Semis are likely to tighten a bit from here.