Assets that march to a different beat 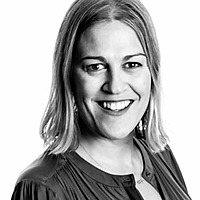 Australian investors overwhelmingly rely on the local share market to generate income, but with the outbreak of COVID-19 clouding the outlook for economic growth and dividends, wealth managers at Credit Suisse and Lipman Burgon & Partners have advised looking further afield for future returns.

Stephen Cabot, investment consultant at Credit Suisse, likes high-yield bonds and the emerging markets while Alex Pikoulas, chief investment officer at Lipman Burgon, is betting on private debt. The managers were speaking on a Livewire income series webinar after each were asked to create a multi-asset portfolio with a target return of 5 to 7 per cent. While both still recommend keeping up to 40 per cent invested in equities, they've roughly split that allocation between the domestic and international markets.

Their recommendations follow a recent Livewire survey of almost 500 investors which found that 94 per cent currently use Australian equities to generate income. This compares to 53 per cent who invest offshore. A separate survey of almost 1000 respondents found that 92 per cent were invested in the local market, with 73 per cent planning to increase their exposure to Australian large cap stocks and 53 per cent to small caps over the next 12 months.

Cabot said a common pitfall for many investors was to only focus on asset classes that they know, which for many of his clients limited them to the Australian share market.

"Maybe there's a familiarity which drives that," he said on the webinar. "It isn't always as easy to get access to some of these other areas that people don't necessarily know as much about. Some of these other instruments can offer a very good yield, like high-yield bonds which are not very common here in Australia."

Cabot also warned of concentration risk in locally-invested portfolios because of the Australian market's heavy skew towards financials both in equities and debt.

Up to the eyeballs

Pikoulas, who was a former bank and financials analyst in the late 1990s, said that while Australia's major banks or wealth manager AMP had yielded "fantastic numbers" for some time, they had also proven to be "pretty poor" investments and had not protected investor capital. The S&P/ASX 200 Banks Index, for example, has tumbled 23 per cent year to date, lost 28 per cent over one year and 13 per cent over three years.

"Many retail investors across Australia are up to their eyeballs particularly in the major banks," the CIO said. "I think they're looking at that headline yield and thinking 'that's where my return is protected' and it's not. You really need to think about the total return and the long term outlook."

He added that for liquid assets like shares, investors should be agnostic on whether they receive dividends or capital growth. He said that while a company like US online retailing giant Amazon did not pay a dividend, they reinvested money to grow the business.

"So the value of your shareholding after that is a lot higher," Pikoulas said. "Or you can buy a major bank share yielding 6 per cent, but that's destroying value over time. With a liquid investment, you can easily sell a couple of shares to manufacture the same income. It doesn't have to come through a dividend."

Shareholder pay-outs are also widely expected to plunge as government restrictions to contain the global pandemic continue to hurt economic growth and crimp company profits. According to data compiled by Bloomberg, dividends from companies on the S&P/ASX 200 Index could fall by as much as 40 per cent in 2020 and another 11 per cent in 2021. After a strong rebound in equities from the market rout in March that erased billions of dollars in shareholder value, both Credit Suisse and Lipman Burgon have cut their allocation to neutral from overweight, meaning the now hold the same as represented in benchmarks.

"Some of the signals out there gave us a reason to have a bit more caution," said Cabot, before adding that he was still generally positive on the market. "There is this commitment from the central banks and governments that they're willing to really make sure that we don't fall off into the abyss. It doesn't mean equities can't fall, but it certainly adds a bit of a tailwind."

Pikoulas agreed that with all the fiscal and monetary stimulus being pumped into the financial system, investors did not want to be underweight at this point in the cycle anyway. He added that Lipman Burgon tended to split their equity allocation between domestic and international shares to take advantage of both the "powerful" franking credits in Australia and the earnings outlook and investment opportunities overseas.

On valuations, the CIO said that while the headline price-to-earnings ratio looked "quite high" globally, when taking into account the equity risk premium and record low interest rates, stocks versus bonds were cheap.

Bonds or no bonds?

Pikoulas has recommended investors avoid government bonds entirely in his portfolio, after the drop in interest rates prompted Lipman Burgon to sell out of the asset class completely. He added that with bonds yielding less than inflation, the so-called opportunity cost was now too great.

And instead of rotating back into equities, they have allocated a "reasonable portion" to private debt and alternatives, including gold to get some "negative correlation to other risk assets in the portfolio".

In contrast, Cabot has recommended a 20 per cent allocation to government bonds to help keep volatility down. He said that while income had clearly reduced, the asset class still had a "stabilising impact" on a portfolio and allowed the firm to take "a bit more of an aggressive stance" on other risk assets. He recommends a 22.5 per cent allocation to corporate debt, which includes high yield and emerging market debt.

"The opportunities in the Aussie investment grade market aren't as big as the opportunities that we see globally and the banks tend to dominate locally," Cabot said. "So while we're looking globally for those ideas, we make sure that we hedge it back to Aussie dollars."

On alternatives, Cabot has allocated just 7.5 per cent which includes gold, hedge funds and offshore real estate. On private debt he has allocated 5 per cent.

"We're looking for asset classes that march to a different beat," the investment consultant said. "They're all doing things at different times but are ideally all heading up to the right on a chart."

Pikoulas, on the other hand, has allocated 15 per cent to alternatives and 20 per cent to private debt, because of the "out-size" risk adjusted returns that an investor can earn in the space.

Despite the variance in asset allocation, both wealth managers agreed that diversifying away from the Australian share market was key in 2020. They also cautioned against holding too much cash in a portfolio which, according to Cabot, was "akin to trying to time the market."

The recent Livewire survey found that around 35 per cent of respondents are holding cash levels between 20 and 50 per cent, while an additional 15 per cent are above 50 per cent.

"You can't generate a real return out of cash," added Pikoulas. "From a ballast perspective in your portfolio, what is the lowest risk investment that you can get at this point in time? That's not cash." Livewire's 2020 Income Series, 'Solving the Income Puzzle', is an educational series designed to help investors understand the outlook for traditional income-generating assets and discover new asset classes and the role they play in an investment portfolio.

The webinar replay featuring Alex from Lipman & Burgon Partners and Stephen from Credit Suisse can be found here.

Sarah Jones is a financial journalist based in Sydney. She has worked for Bloomberg News in London for more than 12 years covering equity markets and global asset management.

Get investment ideas from Sarah Jones when you sign up to Livewire Markets.