Being BAEP: Profiting from turnarounds 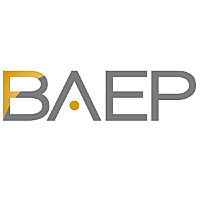 The reason investors should be aware of turnarounds is they can be very rewarding. Often the share price of a turnaround stock will reflect very low expectations, generally extrapolating its difficult past without comprehending the possibility of a more positive future.

Indeed, a successful turnaround can often give rise to an investment ‘double play’. Firstly, the company materially improves profits, often dramatically so; and secondly, this then also leads to a turnaround of investors’ perceptions, which in turn leads to a re-rate of the company’s shares through a higher valuation multiple. This double play compounds returns for the shareholder quite nicely, with for example a doubling of earnings and a doubling of the PE multiple giving rise to a four-bagger (giving a return of four times the initial investment).

In addition to the potential outsized returns, turnarounds can also offer diversification benefits. Turnarounds represent upside that is generally stock-specific, and as a result, performance has far less correlation with the rest of the market. The ups and downs of a turnaround stock will generally depend more on what is going on within the company rather than in the broader stock market.

On the other hand, turnarounds also come with significant risk.

After all, a turnaround may not succeed as planned. Worse still, considerable costs may have been wasted in the attempt and underlying profitability may have deteriorated further or additional harm inflicted. The inability to turnaround will go to further emphasise the company’s poor quality. It will also dispel any hope investors had that things would improve. As a result, the stock price may well falter, or at least remain depressed. A turnaround stock can therefore work out to be the ultimate value trap.

Turnarounds seldom turn, but sometimes they do

The reality is that it is far more common for turnarounds to fail than succeed. Indeed, Warren Buffett said in his 1979 Berkshire Hathaway letter to shareholders:

“Both our operating and investment experience cause us to conclude that turnarounds seldom turn.”

But that is not to say that they cannot turn, and sometimes they do.

Indeed, one of Buffett’s greatest all-time trades was actually a turnaround situation called GEICO. GEICO is a car insurer in the US with a low cost direct-to-consumer model that bypasses insurance agents. Still today, this model gives it a cost advantage over competitors that allows it to price policies cheaper and still earn attractive margins. This low cost position provides the company with a durable competitive advantage that underpins a strong underlying business. However, at the time of Buffett’s original purchase in 1975, GEICO was facing near bankruptcy, a result of over-expansion, ill-disciplined underwriting, state-based price controls, and an undercapitalised balance sheet. With a new CEO leading the charge, the company raised capital and embarked on a dramatic turnaround that attacked each of these problems. It aggressively cut costs including cutting half the employee numbers, reigned in expansion, withdrew entirely from unprofitable states, and returned underwriting discipline including hiking premium rates. Essentially, it cut away the bad lines of business and left behind only the good. From a position from which Buffett admitted there was a reasonable probability of losing his entire investment, GEICO slowly turned around and would eventually make Buffett a mint (which it still does given his company Berkshire Hathaway continues to own it).

The GEICO example illustrates that there is often a fine line between success and failure in any turnaround situation. The trick is in identifying which turnarounds will in fact turn.

Fortunately, there are a number of attributes that commonly characterise a successful turnaround, and that investors should therefore be on the lookout for.

One of the most important is the existence of a strong underlying business or assets to work with. In GEICO’s case, it was a lower-cost insurance business that had veered off course, and that through the turnaround was put back on track. In many respects, GEICO was the classic turnaround, implemented with a classic turnaround strategy of focusing the company on its strengths and removing what is cancerous.

Clearly, it is much easier for a business with good bones to turnaround; far harder without. The likely success, extent and ongoing sustainability of the turnaround will depend on the strength of those bones.

Most attempted turnarounds tend to involve an operational turnaround. This will involve turning a structurally challenged business into a good one. In this instance, there is generally a lot less to work with and the task is extremely difficult. As evidence, there are a large number of ASX-listed companies that are forever trying to turnaround. Classic examples include AMP, Spotless Group and Primary Health Care. Stories of success are very rare.

One success story has been Amcor. Previously, the company was a widely-spread global packaging company. It operated across a very wide range of segments of the packaging industry and in a large number of countries. As such, it was exposed to the struggles of what is a generally commoditised industry, and as a result, it struggled for profits and growth. Reflecting this, the Amcor share price barely budged for literally decades. However, a decade ago, a new CEO in Ken McKenzie started out on a turnaround strategy that involved:

The idea was basically to focus the company on profitable lines of business – where Amcor had strong market positions in attractive market segments – and in those select businesses, to lower its own cost position, attempt to balance out industry capacity with demand, and in turn grow margins, profits and returns on capital.

Amcor’s turnaround has been quite remarkable given the largely unexceptional and commoditised nature of its businesses. In this respect, Amcor’s success is something of a rarity, premised however on the classic turnaround strategy of picking out (and actually improving) the good businesses and extricating itself from the bad.

What to look out for

Clearly, good corporate assets make it easier and more likely for a turnaround to succeed. It also means the turnaround is more enduring, with less risk of the company subsequently falling back into its old ways.

The examples above suggest some of the other signs to look out for that indicate change is afoot and that portend turnaround success:

This is not to say that the above factors are necessary for, or indeed ensure, success. It is just that they best highlight the potential for a turnaround and their existence improves the probability of success.

For some time, Treasury Wine Estates, or its prior manifestations before demerging from Foster’s Group in 2011, had struggled for profitability for literally decades. The company owns some valuable wine brands in the luxury and masstige segment of the market, including Penfolds, Wynn’s, Wolf Blass and Beringer. A new CEO Mike Clark started with the company in 2014 and is implementing a turnaround strategy. The basic idea behind the strategy has been to transform the company from a wine-producing price taker to a brands-focused price maker. This has involved growing demand, rebalancing supply-demand back in its favour, and as a result, assuming a greater level of pricing power. At the operational level this has involved:

The result is that it now achieves higher prices per bottle of wine, which financially means higher sales, margins, profits and returns on capital. Importantly, the turnaround is showing tangible signs of succeeding. Indeed, the company doubled profits in the 2016 financial year. Reflecting also an improvement in its business quality, returns on equity continue to improve, and are expected to continue to do so.

As Treasury’s turnaround takes hold, investors are beginning to gradually take notice, and this is feeding through into a higher share price.

Turnarounds can offer the opportunity to invest in quality that may not be readily apparent to most other investors, a scenario that generally presents value upside. Turnarounds however come with considerable risk, and it pays to stay close to the company in question. At BAEP, we tend to invest where we have high levels of conviction. Accordingly, we will ordinarily wait for genuine evidence that a turnaround is in fact turning, most often through the company’s reported financials. Head fakes are common in this game. Like the examples of AMP, Spotless Group and Primary Health Care, it pays to beware of unproven turnarounds. At BAEP, our risk orientation means that we’re happy to give up the first 20% or so of returns if it means greater certainty on the progress of the turnaround. Invariably, this still leaves plenty of upside as the market slowly comes around to what the company is turning into.

Bennelong Australian Equity Partners is an award-winning boutique fund manager focused on investing in Australian listed equities. The business was founded in 2008 by Mark East in partnership with Bennelong Funds Management.

Get investment ideas from Bennelong Australian Equity Partners when you sign up to Livewire Markets.