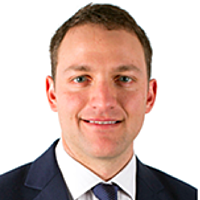 In 1957, Australia’s first shopping centre opened at Chermside in Brisbane. Featuring 24 speciality stores and a department store, a local newspaper described it as “an island of retailing in a sea of car parking"1. Now home to over 400 retailers with a footprint the size of 21 soccer pitches, Chermside redefined what shopping was all about.

Large format retailing (LFR) is once again changing the face of retailing. Sometimes known as bulky goods or big box retailing, LFR began as a way for shoppers to access a better deal on whitegoods, furniture and floor coverings. In time retailers such as Nick Scali, Freedom, IKEA and JB Hi-Fi established large showrooms in cheaper premises, also allowing them to offer lower prices (or make higher margins). The LFR sector now accounts for almost a quarter of total retail sales.

With modern LFR centres now including baby supplies, sporting equipment and international grocers alongside the traditional household goods, broadening their appeal to retail consumers, We are an avid investor in the sector through our holding in Aventus Retail Property Group.

For investors looking to commercial property for relatively high, income-focused returns with lower risk, LFR is a compelling proposition. The attractive income is a result of six market features we identified.

1. Growing sales channel – More prominent retail brands are embracing LFR as a sales channel. Where once there was just a major bedding, electrical and homewares retailer at a ‘homemaker’ centre, LFR now offers more brands from more categories, from fitness centres and medical services to office, auto, pet and baby supplies. This explains how in the year to 30 June 2017, approximately 22% of total national retail sales took place in LFR centres, equating to almost $70 billion2.

2. Property market a growth driver – Renovation activity and a record number of building approvals are driving LFR sales. Retailers are benefitting from our love of home improvements and furniture upgrades.

3. High market fragmentation an opportunity – Two large LFR investors – Harvey Norman and Aventus – account for about 30% of the national LFR market. The remainder is held either by single asset owners or smaller portfolios. For Aventus, the possibility of market consolidation is a growth opportunity.

4. Offshore tenant demand – Offshore retailers such as Ikea, Costco and Aldi have selected LFR for a substantial portion of their Australian roll-outs. Sports retailer Decathlon and European grocery chain Kaufland are following in their footsteps. This trend is likely to underpin demand for LFR assets.

5. Resilience to online retail – Consumers like to touch and feel LFR goods, which makes them more likely to purchase in-store. In addition, such goods usually entail substantial delivery costs for the customer due to their size. Most products are subject to the “two-man” rule, which increases delivery costs. Both imply that the growth in online retailing is less likely to affect the LFR sector than more traditional retail.

6. The barbell is becoming a tripod – In retail, the middle has become a bad place to be. Better to either service the non-discretionary spend at dominant fortress malls like Chadstone and Bondi Junction, or provide convenience in groceries and other staples at the local Neighbourhood Centre. This bifurcation is known as the ‘barbell-effect’. The growth in LFR retailing and the improved mix it offers adds another leg to this framework by presenting a compelling offer for consumers and an efficient sales channel for LFR retailers.

For these reasons, We took a position in ASX-listed Aventus Retail Property Fund (ASX:AVN) at IPO in late 2015. Aventus owns a portfolio of 20 LFR assets valued at about $1.80bn and home to some 557 retail tenants. It’s asset base is concentrated to metropolitan Sydney with a strong presence in other markets along the country’s eastern seaboard. Exceeding our expectations so far

With a capable and aligned management team, high-quality portfolio, breadth of tenant relationships, and a position as a natural consolidator within a fragmented sector, Aventus appeared to be a good fit for us from the outset.

To date, the investment has exceeded our expectations. As Australia’s pre-eminent LFR landlord, it exceeded the original distribution forecast outlined in the Product Disclosure Statement in the first year of listing. Aventus has also acquired six more assets valued at around $655m, further executing on the consolidation opportunity.

The group has also taken the opportunity to dispose of non-core assets into strong capital markets, demonstrating willingness to improve portfolio quality. With further concentration to the country’s highest quality assets, we expect the company to enjoy a stronger negotiating position with tenants, which simply must be in an Aventus centre to achieve sales targets. In our view, landlord scale within this important retail segment and resultant “leasing leverage” is likely to result in higher rents over the long term.

Of course, an investment is never a set-and-forget proposition. Steinhoff International, the German-listed South African owner of well-known Australian brands such as Best & Less, Freedom and Fantastic Furniture, faces problems. These brands account for about 9% of Aventus’ total rental receipts.

But even here there is reassurance. Our channel-checks with Aventus management and examination of publicly available information suggests the local brands are performing as expected (local like-for-like sales growth of 3.1% in the 12 months to November 20173) and isolated from the troubled global parent.

We understand Steinhoff Asia Pacific were also recently able to refinance c.$300 million of existing debt with existing local lender on usual commercial terms, suggesting support from banker remains. It has also recently been reported that should Steinhoff be required to divest these brands there is no shortage of suitors4.

As investors focused on high levels of income generated by rents from quality commercial property, plus a commitment to paying quarterly distributions at a healthy spread to the wider sector the attractiveness of remains.

All up, there are compelling reasons to invest in the LFR sector through Aventus. We’ll be hanging onto our investment for a while yet and watching with interest.