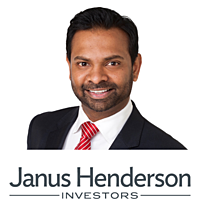 Bond markets in Australia have had a tough time of late. Bond yields have climbed briskly, fearing a patient Reserve Bank of Australia (RBA) might just need to play catchup to defend against rising inflationary pressures amid a strongly recovering economy and labour market.

Bond investors have had to endure the worst drawdowns in four decades, with the market in Australia, as measured by the Bloomberg AusBond Composite 0+Yr Index, falling over 10% in the past eight months to 31 March 2022. Not a welcome outcome from what’s supposed to be a defensive asset class.

Normalisation of monetary policy was always inevitable as the economy recovers from the pandemic. However, markets seem to have taken that theme to an extreme, irrational level, pricing in 350 basis points (bps) of cash rate hikes by the RBA over the next 18 months. This has come at a time of heightened inflation, including an oil price shock, war, and a general ‘risk-off’ phase in risk assets like equities and credit. However, bond investing is rarely about the direction of cash rates, but rather about what’s already priced in relative to how fundamentals may eventuate.

With high levels of household debt, elevated house prices and a housing construction sector reliant on the state of household wealth, 350bps of rate rises would mean a dramatic slowdown in the Australian economy driven by lower consumption and economic growth. While cash rate tightening of this magnitude is possible over the medium-term, we believe it is unlikely to be delivered over such a short timeframe, particularly given the impact to housing debt, as well as the adverse implications for house prices.

Housing forms the most significant single component of many household balance sheets on both the asset and liability side of the ledger, and housing valuations are a key driver of Australians’ net wealth. Home loans also represent the largest exposures on Australian bank balance sheets, with about 60% of lending typically being residential mortgages. Housing also drives other important sectors of the economy, including home construction, home improvement, household spending and consumption. Highly leveraged households, driven by the low cost of credit, have a magnified sensitivity to changes in interest rates. The performance of the housing market has significant implications for financial stability, the banking system, and the health of the Australian economy more broadly.

We assess that the RBA will normalise policy swiftly in the initial stages, but take feedback from the economy in being more measured and drawn out in the latter stages of this tightening cycle. Conventional thinking would favour short duration or defensive strategies. Yet amongst the volatility lie some great targeted investment opportunities by taking both interest rate risk and spread risk within specific parts of the yield curve.

A potential opportunity exists for investors to effectively ‘lock in’ the elevated yields in markets today that are unlikely to be delivered by the RBA over the next 12-24 months.

Markets have now priced in a 2% cash rate by the end of this year and a cash rate of 3.5% by the end of 2023. Since the RBA was mandated with its current objectives just over three decades ago, it has never delivered policy tightening of this magnitude and certainly not within an 18-month period. These are unchartered scenarios being priced with certainty in markets today.

The RBA is far from performing anything like a Fed pivot

An intended by-product of the pandemic’s accommodative monetary policy was the positive wealth effects and related housing construction and consumption during the downturn. This has resulted in the complete recovery of the Australian economy and labour markets. However, it has also further exacerbated household debt to record levels, which has almost doubled since the Global Financial Crisis (GFC). Coming at a time when market expectations suggest mortgage rates in Australia of around 6-7% (not seen for over a decade), this is creating the perfect storm scenario, especially given around 40% of all mortgages today are fixed rate and the bulk of these expire before the end of 2023.

Clearly there are not just economic growth and consumption implications for such a development, but also financial stability implications for our banking system. This is explicitly recognised by the RBA, as evidenced in its latest Financial Stability Review (FSR) delivered amid market expectations of an aggressively rising interest rate environment. Specifically, the RBA presented analysis around the impact of a 200bps rise in interest rates on the serviceability of mortgages and on house prices. As it relates to variable rate mortgages (approximately 60% of mortgages), the RBA noted that slightly under 40% of borrowers would experience an increase in monthly required repayments of 20% or more, with 20% of borrowers experiencing increases of 40% or more. There was also a specific focus on low-cost fixed rate mortgages given their greater potential for repayment shocks at the end of their fixed term. About 75% of fixed rate loans switch to variable by the end of 2023 and approximately 90% of borrowers will experience an increase in monthly required repayments, while around 40% of borrowers will experience repayment increases of 20% or more. The RBA also noted the potential for real house prices to fall 15% over two years.

The RBA concluded that while the banking system is well-capitalised and well-placed to manage rate rises, and lending standards remained robust, key risks to financial stability arising from the housing market include:

The rise in Australian house prices over the past decade has been nothing short of phenomenal, owing to falling mortgage rates, strong employment and after-tax income growth coupled with a healthy banking system eager to lend to housing mortgages. By global standards, the Australian banks have a heavier skew towards residential lending, which presents a constraint on how quickly cash rates can rise in Australia.

A quick 100bps of cash rate tightening to normalise policy by the RBA, followed by a more measured and gradual pace thereafter over the coming years, as we forecast, is likely to consolidate house prices at current levels and should contain price falls to within 10% over the coming period. Both the economy and the housing market can cope well with such a normalisation of cash rates. If it were to play out that way, this would be considered a success by the RBA given unwinding ultra-easy record policy measures come with unintended consequences, not only for economic growth, but also financial stability.

If the current market pricing were to be realised and the RBA actually delivers 300+bps of tightening over the coming 12-18 months, it would almost certainly cause a more draconian 30-40% fall in Australian house prices and ultimately damage economic growth, employment and through defaults compromise the otherwise healthy banking system.

In a 6-7% standard variable mortgage rate world, our sense is that financial conditions will be severely restrictive, with significant negative implications for the Australian homeowner, household wealth, consumption, financial stability, and for the broader Australian economy. As discussed, the RBA is keenly attuned to these risks and will have the housing sector and household finances, front of mind during their monetary policy decision making processes.

In managing monetary policy, the RBA’s objective is to extend not end the current cycle. For this reason, we assess it is highly unlikely that the RBA will deliver what markets are expecting.

Irrational pricing an opportunity for investors

Credit spreads have drifted wider due to the unwinding of the Term Funding Facility (TFF) and monetary policy, along with the risk-off setting resulting from rising inflation and the Russia/Ukraine conflict. This has been more pronounced in senior financials, which have greater liquidity and primary market activity, leading to better price discovery and more contemporary mark-to-market valuations.

Chart 8: The great normalisation – value for defensive investors is being restored swiftly

The same combination of high-quality credit and swap rates just 18 months ago was yielding around 0.5%, with heavy investor demand at that time. Much has changed and today, with a yield equivalent to 8x and a potential return of 8-10x, investors are wary. To put this into context, this time last year yield hungry investors were chasing high yield, loans, private debt and less liquid securitised products to achieve a 4-5% return. Today, this can be achieved through high-quality defensive fixed interest investments, such as major bank senior fixed rate bonds. To be sure, these are not riskless ideas, nor are they free of opportunity costs. But on balance, we feel it is a good risk-adjusted opportunity for investors with limited downside.

The time to have chased lower quality credit when risk-free or low risk bond yields were abysmal has passed, and we believe it is now time to focus on restoring the ‘defensive’ attributes of higher quality fixed interest with much needed higher yields against what still remains an uncertain future.

With respect to markets, ‘something’s gotta give’. In our assessment, the overly elevated near-term cash rate expectations will correct, delivering a potential opportunity for full spectrum active managers and investors willing to employ convicted active interest rate strategies, coupled with conservative higher quality credit exposures at this point in the cycle.

Stay up to date with all our latest views but clicking the follow button below, and you'll be the first to read all our wires.

Jay Sivapalan is Head of Australian Fixed Interest and a Portfolio Manager at Janus Henderson Investors. He contributes to both interest rate and sector strategies employed within portfolios and has 22 years of financial industry experience.

P
Peter Ralph
28th Apr, 22
I think "transitory" just replaced "unprecedented" as the biggest BS word used in 2021!
M
Matthew Green
28th Apr, 22
That third paragraph should start that normalisation of monetary policy was always to be expected following the GFC, because the current settings very much seem to be a continuation of the post GFC settings, even if slightly adjusted for the pandemic.

Get investment ideas from Jay Sivapalan when you sign up to Livewire Markets.