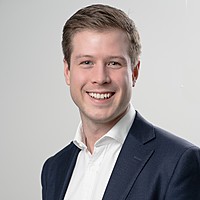 The content of recent media and academic reports so often represents climate as an insurmountable challenge where vested political, financial, and social interests continue to impede a rapid global transition to renewables energy systems. Nevertheless, progress is being achieved and Australia’s predestined shift from hydrocarbons to renewable energy is set to have a profound impact in the fight against climate change at what is a critical inflexion point.

The 2020 McKinsey & Company Report, Climate Math: What a 1.5-degree pathway would take indicates that while decarbonising and reducing global emissions at scale is achievable, the math is daunting. Unlocking the financial opportunities within the transition to renewable energy is vital for industry, agriculture, and transportation. For investors, there is growing demand for climate resilient investment strategies, including those that actively mitigate the risk of holding fossil fuel assets in portfolios.

In Australia, the dominant contributor to emissions is the energy sector and its continued reliance on hydrocarbons for energy generation. A crucial challenge for energy systems created by the introduction of net-zero targets and climate initiatives is the preservation of affordability and reliability for all consumers of energy, whether it be businesses or households.

Over the next ten years the base load generation in Australia’s energy mix will be overturned and its composition will look vastly different.

While coal and gas currently dominate the system, in the future it will be underpinned by a mix of renewable technologies including utility scale solar, rooftop solar, wind, and hydrogen, with batteries and pumped hydro delivering the necessary stability and efficiency.

The 2021 Clean Energy Council Report indicated that Australia’s energy transition accelerated in 2020 with renewable energy generation now accounting for 27.7% of electricity supply. The Clean Energy Regulator estimated that a record 7 GW of new renewable energy capacity was installed in 2020 despite the impacts of COVID-19. Furthermore, 76 large-scale wind and solar projects were under construction at the end of 2020, representing more than 8 GW of new capacity, with system variability to be managed by incoming utility-scale batteries.

The increasing supply of energy from renewable generators has made coal fire power stations less competitive and ultimately impacted their commercial viability. As a result, the business case for renewables has become more competitive, accelerating the shift in a positive feedback loop.

While there will be no silver bullet in the transition from hydrocarbons to renewable energy generation, the increasing frequency of early closure announcements from Australia’s coal generators (such as Yallourn from 2032 to 2028) has brought the energy evolution into the limelight. Fortunately, analysis and modelling in the recently published Grattan Institute Report, Go for Net Zero: A Practical Plan for Reliable, Affordable, Low-emissions Electricity, concluded that we can achieve net-zero emissions without curtailing affordability and reliability of supply.

This expansion of Australia’s renewable energy industry is being driven by the introduction of net-zero policies and targets by both the States and corporate bodies. The New South Wales Government Infrastructure Roadmap (promising the delivery of 12 GW of new capacity) and the Victorian Renewable Energy Zone Development Plan are the most decisive. Renewable Energy Zones will also play a significant role in supporting the deployment of the renewable assets at a scale necessary to achieve the ambitious net-zero targets.

While there is much negative sentiment and a shared feeling of impatience, as a whole Australia is making steady progress in its renewable energy transition.

There are many bright spots that are cause for optimism. It is clear there is a paradigm shift from carbon-based energy system to renewables with both large-scale generators and smaller community arrangement creating a distributed, decentralised network. The decarbonisation of Australian energy systems is here, and it will have a profound impact for not just Australians, but all inhabitants of earth.

Octopus Investments are investing directly into the Australian renewable energy sector. Stay up to date with our latest insights by hitting the 'follow' button below.