Tech bubble trouble - but not yet! 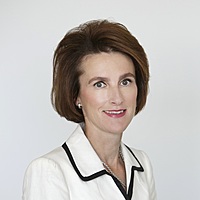 Many investors are increasingly comparing this current cycle with the late 1990s tech boom and bust. The similarities are straightforward, i.e. rapid and unsustainable price gains. The differences are significant and include: Perhaps the biggest difference today is the latter point in that today’s tech giants are rolling in cash and making massive monopolistic profits as opposed to the tech startups of the late 1990s, which had investor monies but untenable financial models.

Investors are asking where to from here. Will the tech bubble of the late 1990s be repeated? As the chart shows, the US tech stocks have formed a mild bubble. This bubble could get larger as investors search for returns and dial up risk in the low interest rate environment. They could also fully back the next wave of technological breakthroughs, covering artificial intelligence, machine learning, robotics, natural and symbolic learning processing and quantum computing.

History also shows that the group of stocks that significantly outperform in a bull market end up in bubble-trouble. Recall not just the late 1990s tech bubble, but also the US housing bubble of the mid 2000s and of course Australia’s Poseidon bubble of the late 1960s and re-run of 2011. With fines for privacy and regulatory breaches, the US tech giants now face a new era of anti-trust legislation designed to reduce the size, monopolist power and hence profits of these companies. Consequently, we do not expect to see these tech giants reach the stellar prices of the late 1990s tech bubble, particularly given investor fears that they will be broken up due to new US regulations and continual material fines by the European Commission.

On the flipside, these stocks are unlikely to crash and disappear into oblivion like those of the late 1990s. The key reason is that these companies are massive cash generators. By way of example, over 70% of global advertising revenue accrues to Google and Facebook. The other large source of income is coming from software license revenue which is priced as a service and being paid from the consumption of online cloud services (e.g. search services, transaction processing, cloud computing and online storage).

For portfolios, we continue to remain fully invested in risk assets as the fundamentals are intact. We are not chasing these large tech stocks. However, should these large tech stocks be required to break up, we would be keeping an eye out for such spin-off stocks that are underpriced and likely to generate significant long-term returns.

Not normally associated with “bubbles” is the bond market, but we will examine bubbly trading behaviour in an upcoming note …