It does feel a little dire, doesn't it? After all, the Small Ordinaries has fallen more than 7% since the beginning of the year, far worse than the country's blue chips (a fall of around 3%). But if there is one thing we can rely on in times like these, particularly in the strong economic environment in which we find ourselves, it's dividends.

While small caps and dividends don't typically go hand in hand, these pocket rocket yielders are not as rare as you may think. In fact, if we are to go by the MVIS Australia Small-Cap Dividend Payers Index, there are 81 small caps with healthy, reoccurring dividends in our market.

So to put five of them on the operating table, Livewire's Ally Selby was joined by two accomplished stock surgeons, Hayborough Investment Partners' Ben Rundle and 1851 Capital's Martin Hickson. With more than a few buys in there today, this episode may very well be the thing that resuscitates your portfolio.

Note: This episode of Buy Hold Sell was shot on Wednesday 16th March 2022. You can watch the video, listen to the podcast or read an edited transcript below.

Ally Selby: Hey, how are you doing, and welcome to Livewire's Buy Hold Sell. I'm Ally Selby, and today we're talking about two of investors' favourite things, dividends and small caps. While small caps are hardly known for their dividends, these gems are really not as rare as you may think. So to analyse five of them, we are joined by Martin Hickson from 1851 Capital, and Ben Rundle from Hayborough Investment Partners.

First up, we have Beacon Lighting, which recently announced a fully franked dividend of 4.3 cents per share, and also has an annual dividend yield of around 3.6%. Martin, I might start on you. Is it a buy, hold, or sell?

Martin Hickson (BUY): We think Beacon's a buy. We're going through a renovation boom at the moment that's supportive of their earnings. We also think the market is underestimating the growth in their trade and international businesses. So, Beacon's a buy.

Ally Selby: Beacon's share price has cascaded around 16% since the beginning of the year. Ben, over to you. Is it a buy, hold, or sell?

Ben Rundle (BUY): I agree with Martin. I think it's a buy for all the reasons he mentioned. I think the strong conditions they're seeing at the moment will persist for a while, and management's done a fantastic job with this company. They've grown the earnings three times since they listed, and they haven't required extra capital to do so. So, when they say they've got new initiatives that they've been working on for a while, I'm happy to back them.

Ally Selby: Next up, we have diagnostic imaging business, Capitol Health, which recently announced a dividend of 0.5 cents per share. It has an annual yield of around 3%. Staying with you, Ben, is it a buy, hold, or sell?

Ben Rundle (HOLD): I think Capital Health's a hold. I think that management has done a really good job turning the ship around, here. My concern is, though, in an inflationary environment, you're relying on the government to come to the party with their indexation, and make sure that keeps up with CPI. And I really can't see that happening, so it's a hold for now.

Ally Selby: Its share price has fallen around 13% since the beginning of the year. Is it a buy, hold, or sell?

Martin Hickson (BUY): We think it's a buy. The new CEO, Justin Walter, has done a fantastic job turning the ship around, as Ben mentioned. They've got $100 million in firepower to deploy into acquisitions, trades on an EV/EBITDA multiple of eight times, versus private transactions being done at 12 times. So, we think it's a buy.

Ally Selby: Let's talk Brickworks. It has an annual dividend yield of around 2.8%, and announced a dividend of 40 cents per share. Is it a buy, hold, or sell?

Martin Hickson (BUY): It's one for those investors that do like a dividend yield. The company's paid a dividend for 30 years without stopping, and that's as far back as my data goes. It's also very cheap, it's on a PE of less than 10 times. Growing here in Australia, based on the construction and renovation boom, also has a growing North American business. So, we think it's a buy.

Ben Rundle (BUY): I agree. I think it's a buy. I think you've got a first-class management team. Our sum of the parts valuation is somewhere closer to $26, buying it $21 at the moment. They report in a weeks' time and they've already said pre-Christmas that conditions were very strong. I think it's a buy.

Ally Selby: Next up, we have McPherson's, which has an annual yield of around 5.8% and announced a dividend of three cents per share in February. Is it a buy, hold, or sell?

Ben Rundle (SELL): I think McPherson's is a sell. This is a business with an abysmal track record. Over the last 10 years, they've doubled the capital contribution to the business and significantly diluted the equity for no earnings growth at all. I think they come up with a new product every few years. It never endures. It's a sell.

Ally Selby: Well, they actually recently appointed a new chair. His name is Ari Mervis. He used to be a beer and dairy executive. Do you think he could turn the business around? Is it a buy, hold, or sell?

Ally Selby: Last, but certainly not least, we have Money3, which has an annual yield of around 4.4% and announced a dividend of six cents in February. Is it a buy, hold, or sell?

Martin Hickson (BUY): We think it's a buy. They've just reported a very strong result in February, first-half earnings up 30%. We think the guidance of greater than $50 million profit is conservative. So, we think Money3 is a buy.

Ally Selby: Its share price is down 17% in 2022. Should investors be picking this up?

Ben Rundle (BUY): Yep! I agree with Martin. I think it's a buy. As he pointed out, they upgraded earnings the other day and they probably will upgrade again. They've just got more funding as well, which can support their growth plans. So, I think it's a buy.

Ally Selby: Well, there were plenty of buys in there for you, today. We hope you enjoyed that episode of Buy, Hold, Sell. If you did, why not give it a like? Remember to subscribe to our YouTube channel. We're adding new content every week. 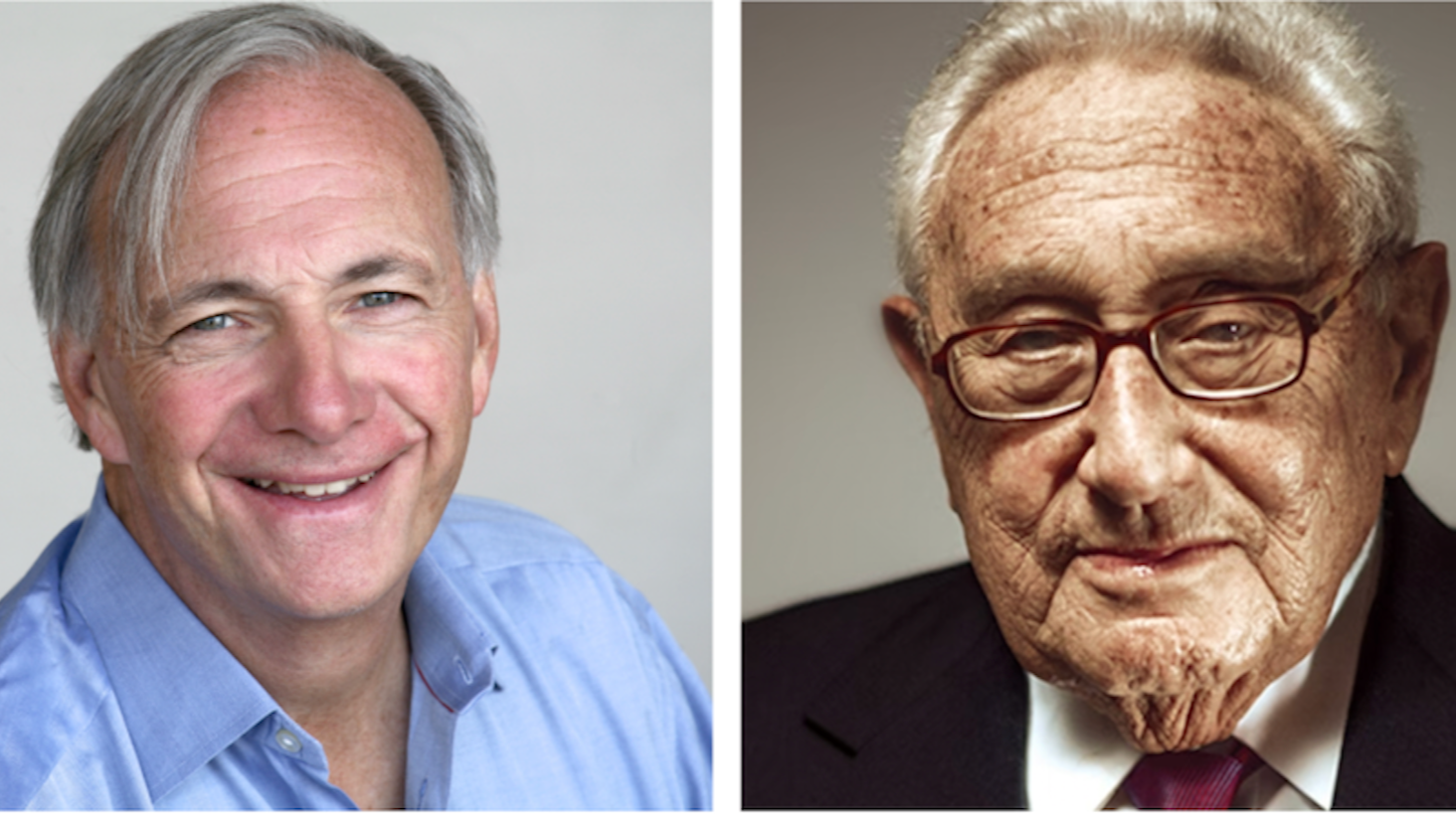 Macro
Ray Dalio and Henry Kissinger on the US and China, and why we should worry
View
........
Livewire gives readers access to information and educational content provided by financial services professionals and companies (“Livewire Contributors”). Livewire does not operate under an Australian financial services licence and relies on the exemption available under section 911A(2)(eb) of the Corporations Act 2001 (Cth) in respect of any advice given. Any advice on this site is general in nature and does not take into consideration your objectives, financial situation or needs. Before making a decision please consider these and any relevant Product Disclosure Statement. Livewire has commercial relationships with some Livewire Contributors.
save

B
Ben Smart
25th Mar, 22
I think BKW is an excellent stock and agree with the recommendations on it here, though I must say I was surprised to see it listed as a small cap

Ally Selby
25th Mar, 22
Hi Ben, thanks for your comment. Really happy that you enjoyed the episode! I filtered stocks for this episode outside of the ASX 100 - i.e. those that would be in the Small Ordinaries index. If there are any stocks that you would like us to get fundies to take a look at, please let us know in the comments.

Romano Sala Tenna
25th Mar, 22
Some good comments, but your definition of 'big' and my definition of 'big' vary somewhat. If you are chasing big (sustainable) dividends, then refer KSL : 9.9% per annum 3 years running with dividend growth forecast this FY.