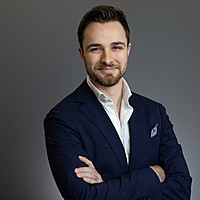 China is facing widespread droughts, emulating the recent heatwaves and crises experienced across Europe – the threat of these droughts is far reaching for economies, individuals and investment portfolios.

The world’s second largest economy relies on rainfall and water sources to grow its agricultural products, supply its hydroelectric generators and power manufacturing and processing plants across the country. During a time when a global food shortage is not inconceivable, an energy crisis is already here and Chinese battery metals are in heavy demand, this drought is hitting all the pain points simultaneously.

As a market, China has supplied overseas plenty for investors to fret about in the past year, and despite remaining a high-growth and exciting region in the long-term, these new issues only serve to exacerbate the risks of this market in the short term. Will this be the last piece of bad news to push foreign investors away, or will a recovery only make this a compelling entry point to buy?

Let’s take a step back for a moment and get a sense of the scale of this drought.

The drought is primarily impacting Southern China, with the Sichuan province being one of the most critically impacted, as large bodies of water such as the Yangtze River dry up.

Why is this important to investors and the economy?

This region of China has seen drought-conditions for months now, coupled with the recent heatwave has resulted in severely depleted water sources. What makes it worse it that this drought came during what is supposed to be flooding season, a critical set-up period to lead into the Autumn rice harvest.

Agriculture-heavy regions in the area include Sichuan, Chongqing, Hubei, Henan, Jiangxi and Anhui, which, according to a recent piece by Goldman Sachs produced nearly 50% of China’s total rice output for 2021.

What’s more alarming is that, these regions made up over 20% of China’s GDP for 2021, and are key contributors to Chinese agricultural exports (China is the sixth largest rice exporter globally, making up 5% of global supply).

With food prices already on the rise, this represents a major problem, not only for the loss of potential export value, but for the cost to replace domestic consumption which would normally be provided by these regions. We recently invested in the BetaShares Global Agriculture ETF, seeing food security as a significant thematic to play out over the long-term.

Hydroelectric power makes up ~8% of China’s total power supply, and the generation of this power is reliant on both healthy watercourses and the availability of reservoirs to provide water to these generators.

Take a guess as to which province in China relies the most heavily on hydroelectric power:

Without this key source of energy, regions in Southern China have been forced to implement extended power cuts to industrial and commercial areas.

This means the cost of energy inputs drastically increases for those manufacturers/processors who can still turn the lights on, whilst the area has to make a quick shift towards other accessible forms of energy such as coal – this is during a time where the price of coal futures has increased 65% since April 2022.

If industrial complexes cannot access power easily, or have to absorb dramatically higher costs of input, then production will stagnate or halt all together.

This puts several key industries such as lithium, copper, and aluminium, at risk.

Lithium is the most apparent of the problems, with China being the third largest exporter of lithium in the world (13% of global supply), and Sichuan itself representing around 20% of total domestic production.

Aluminium and copper find themselves equally at risk, albeit the drought-affected regions are less significant producers. The same Goldmans report referenced earlier estimates that 1.5% of China’s aluminium capacity has been taken offline or is at risk by the electricity shortages – let’s not forget that China is the world’s largest aluminium producer.

Investors in China were faced with risks even before the latest crisis came along, however with this new piece to the puzzle we can consider the current total risk the region is facing:

This is a stark picture for the near-term, with the government facing a battle on multiple fronts and with issues which intrinsically bleed into each other – the drought leads into agriculture, power and production, which coupled with a lack of confidence generated by Zero COVID impacts further on consumer willingness to take on debt and invest in property.

Even with equity markets down, investors have to ask if Chinese assets are cheap enough yet in the context of one quarter of GDP under threat in an already weak environment?

Although this sort of short-term risk contributed to Innova’s own decision to exit out of Asia ex-Japan exposure earlier this year, we do not believe that this is complete doom for investment in China. Quite the opposite, our own long-term forecasts see the region as one of the highest returning equity markets globally.

Both in the context of a portfolio and individual investment, we think there needs to be compelling signs of recovery and policy shifts in China before the short-term return compensates risk adequately.

The recent announcement of infrastructure stimulus is certainly a step in the right direction on the supply side (which has helped the China credit impulse tick up again), but the true indication of things getting back on track would be a walking back of the Zero COVID policy and restoration of consumer demand – particularly in the property sector.

Global investors have their eyes fixated on the US at the moment, especially post-Jackson Hole and a re-affirmation of the Fed's commitment to tightening monetary policy, however we would keep one eye watching Asia for an opportunity to enter (or re-enter) one of the best long-term growth regions in the world.