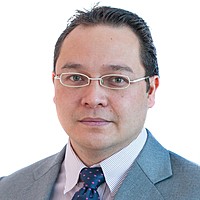 When it comes to Australia, our view within the equities team is one of cautious optimism. What many investors don’t know is that Australia’s economy is heavily reliant on China. In fact, we believe the country’s dependence on China as a trading partner and as a major influence on commodity prices naturally makes China its greatest vulnerability.

However, policymakers in both countries seem to be aware of this and are making efforts to minimise any possible domino effects. In China, authorities have increased their concerted efforts to address risks in the financial system, according to the Reserve Bank of Australia’s (RBA’s) April Financial Stability Review.

Australia’s central bank noted in the report that the steps taken by Chinese authorities are a positive development for the Chinese economy, and subsequently, the Australian economy that is partly supported by China. This year, we see little risk of a hard landing in China dampening Australia’s prospects. Chinese policymakers have been restricting capital outflows and tightening monetary policy in efforts to spur healthier growth that is less reliant on credit expansion.

“Although China does have an outsized influence on Australia’s economy, it’s important to note Australia’s reliance on other countries in general.”

Overall, Australia is a country that’s rather dependent on external countries when it comes to commodities and resources.

While this can be looked at as a weakness, it may also be one of the country’s strengths and a testament to a country that is well-synchronised with global growth, particularly when it comes to where the global economy is right now, and where it’s heading. The world no longer operates in a vacuum, and countries like Australia that understand these global dynamics could be better positioned for the future growth of global markets. Australia hasn’t had a recession for more than 20 years, and that can be a sign in itself of how this understanding can provide long-term benefits.

Despite uncertainty, global markets look to be rebounding. Last year, economies around the world swung towards recovery. The global outlook for economic growth is strong, and commodity prices remain firm. Together, these are positive indicators for companies that have offshore exposure.

Asian corporate earnings were on the mend, and we can expect more of the same in 2018, although the pace of expansion could be moderated as major central banks start to withdraw financial stimulus. In addition to China, monetary conditions have been tightening in Asian countries such as Korea, Malaysia and the Philippines, which have been looking to curb credit growth. Policy normalisation could bring some short-term obstacles, but we believe global policymakers are likely to take a gradual approach to minimise market disruptions.

We expect the RBA to initiate monetary tightening towards the latter part of 2018. Most aggregate indicators of financial stress currently remain low in Australia, according to the RBA’s recent Financial Stability Review.

Both investors and the Australian government are keeping an eye on banking. Banking sector conduct had been the focus of some investigations recently, looking into any potential wrongdoing in anything from fees and charges to financial advice to undisclosed transactions. This could increase uncertainty and overhead costs for banks at a time when bank revenues are already under pressure.

Whenever there are regulatory interventions such as these, it can cloud the markets and lead to fluctuations. Banks represent nearly a third of the S&P/ASX 300 benchmark index, which means any setbacks from regulations could weigh the index somewhat.

However, the results of these examinations should bring about strengthened policies at banks, which could reduce risk in the long run. This would be a positive development for investors.

For now, banks are being helped by conditions in local and offshore long-term funding markets, which have been generally favourable despite a recent rise in bank bill rates. Capital ratios have continued to increase, and they either already meet, or are close to meeting, the targets announced by the Australian Prudential Regulation Authority (APRA) last year, and are due to come into force in 2020.

Australia remains an attractive place to invest, but like most businesses and investors must do nowadays, it’s necessary to pay closer attention to what’s happening in other markets in addition to the one you’re operating in.

For further insights from the Australian Equity team at Aberdeen Standard Investments, please visit our website.

Robert joined Aberdeen in 1997 and is Head of Australian Equities. He was previously CEO and Head of Investments for Aberdeen Thailand, where he established the company's successful investment management business.