Cognitive biases - What do Churchill, JFK, soccer and Wheel of Fortune have in common? 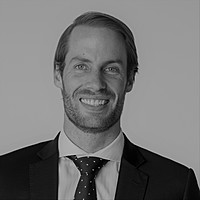 “History never repeats itself, man always does” is a famous quote by French writer, philosopher and historian Voltaire, and while this quote was first said 200 years ago, it is still relevant today. The decisions we make are impacted by cognitive biases we have, albeit to varying degrees. It is estimated that there are over 170 cognitive biases that affect how we process data, think critically and perceive the world.

In 2020 we wrote about the “Lollapalooza” tendency (LINK) which looks at the concept of several smaller scale factors of human biases, tendencies and/or actions, when combined, can lead towards a certain (and often very significant) outcome. While that directly looked a company’s remuneration structure, we thought it was also valuable to examine nine of the major cognitive biases that impact our decision-making ability that investors should be aware of.

Action bias explains our tendency to favour action over inaction. It is common for us to feel compelled to act even though there is no evidence showing a response would lead to a better outcome. An interesting study was conducted in 2006 in which 286 soccer goalkeepers were studied and found that by simply remaining still, they have a better chance of saving a penalty kick than diving to their left or right.1

Many factors can trigger this bias, but overconfidence and a desire for control are both leading causes of the action bias which investors should be mindful of when considering trading given inaction may produce a better result.

Another bias that plagues human cognition is where we tend to overweigh personal or anecdotal evidence and extrapolate that across the rest of society or over a given problem. This often occurs when we encounter experiences ourselves or are informed of individual instances from third party sources, yet as we have received them ourselves, we naturally feel this is closer to an “objective truth”. As investors, the usefulness of anecdotal evidence is extremely mixed and should be weighed on a case-by-case basis.

For example, a conversation with an ex-employee of a company on its strengths/weaknesses must be weighed against the terms under which they left the firm and thus the likelihood they may be jaded. Accepting a former employee’s feedback at face value (when they themselves are impacted by a negative bias) creates our own tendency towards anecdotal bias and only invites the Lollapalooza effect we previously discussed.

A third party sourced example of this bias is as follows:

“Winston Churchill smoked and drank every day but still lived till 90, thus those habits can’t be all that bad”.

Anchoring bias is the tendency to ‘anchor’ to a piece of information or data when making a decision. One of the most famous research pieces on the topic was done by Daniel Kahneman and Amos Tversky, where participants played a rigged game of wheel of fortune and were asked to guess the number of African countries in the United Nations. The simple test revealed that the participants were influenced by the number that was spun on the wheel, or in other words, were anchored by the pieces of information they were given.

For investors, a common anchor point is the recently quoted market price. However, investors are known to pick a share price that is of the extreme. Take Afterpay (ASX-APT), where a large majority of the investment community will remember what its share price got to during the depths of Covid-19. Anchoring to an extreme share price can often hinder rational investment decision making.

Long term investors should remember Warren Buffett’s fable from the 2020 Berkshire Hathaway AGM when Buffett compared investing in stocks to being a farmer. The farmer was offered a daily price to either buy or sell his farm to the neighbouring farmer, highlighting “the only thing you have to do is to remember that this guy next door is there to serve you and not to instruct you. You bought the farm because you thought the farm had the potential. You don’t really need a quote on it.”

# side note – there are 54 African countries in the United Nations.

Confirmation bias can lead to the ‘ostrich effect’, where overconfident investors tend to “stick their head in the sand” and ignore conflicting information or opinions.

Charlie Munger, the Vice-Chairman of Berkshire Hathaway has stated “You must force yourself to consider arguments on the other side.” Utilising this approach, investors might be able to benefit by challenging their own investment thesis and looking for reasons not to invest.

Groupthink is evident in team environments where a group of individuals come to the same conclusion without critical reasoning as the desire to avoid confrontation outweighs an individual’s desire to present alternatives or express an unpopular opinion.

Yale psychologist Irving Janis termed the phrase “groupthink” in his 1972 book2 in which he outlines groupthink as the key culprit behind a few of American foreign disasters including the Bay of Pigs invasion. Prior to the invasion, several members of President John F Kennedy’s administration had concerns about the invasion but withheld their opinions as some were concerned they were “being too harsh” on the prevailing culture in the White House at the time.

To avoid groupthink, the NAOS investment team don’t have prescribed stock coverage but cover the same stocks in the portfolio. Overlapping stock coverage ensures individuals are across the details of each investee company and can voice concerns given their own research, knowledge and perspective on the investment thesis, to avoid confirming the consensus view.

Hindsight bias is the phenomenon where decision-makers view past events as more predictable than they were at the time. The effect is often called “I knew it all along”. Daniel Kahneman stated that “hindsight bias gives us the illusion that the world makes sense, even when it doesn’t make sense3. This bias can cause several issues, in particular distorting people’s memory given they believe key events were actually predictable.

To overcome hindsight bias investors should keep a detailed summary of their predictions in what they believe will and won’t happen. This can be periodically reviewed and updated to ensure views and opinions are tracked. Furthermore, Philip Tetlock and Dan Garden outline in their book ‘Superforecasting: the Art and Science of Prediction’ “knowing what we don’t know is better than thinking we know what we don’t”.

Information bias (also known as observation or measurement bias) is the tendency to collect, measure and or interpret data/information inaccurately. Given the large volume of data, investors are consuming daily, it can be difficult to focus and analyse data that is important and relevant.

With the sheer volume of daily news that is available, investors can be influenced by anything from daily share price movements to news headlines or even tweets from other investors. It’s important that investors seek information sources that are correlated to their time horizons. Investors may also wish to occasionally filter their information sources to avoid non-value adding or misleading sources.

Incentive-caused bias is the impact incentives can have on one’s behaviour and cognition. The impact can be conscious or subconscious. The below quote from Charlie Munger perfectly outlines the impact of incentives on outcomes.

‘Show me the incentive and I will show you the outcome’

At NAOS, a large part of our investment process focuses on management and their alignment with ordinary shareholders. We spend a considerable amount of time understanding incentives, both short term and long term, and how staff across the organisation are remunerated. While there might not be an ideal remuneration structure, we like to support founders and/or executives who are focused on the long term and who make capital allocation decisions based on the long-term prospects of the business.

There is somewhat of a self-fulfilling prophecy, which is outlined by Tali Sharot from University College London during her 2012 TED talk (LINK), in which believing good things will happen, can lead to a high chance that they will take place.

Both relate to our brain’s ability (and inability) to accurately forecast outcomes and can have large impacts on our investing ability.

While we have only scratched the surface on cognitive biases, the ability to understand and recognise the factors that impact our decision-making processes can be a valuable tool for all investors.

Jared is a Senior Investment Analyst and has been with NAOS since April 2021. Jared holds a Bachelor of Commerce, majoring in Accounting and Finance, from the University of Notre Dame, Sydney and is a CFA Charter Holder

A
Ahmet Ozaydin
2nd Feb, 22
There are 3.6millon variation of wearing 10 different pieces of clothing and I chose one or two sequence out of 3.6m available to me every morning. Am I biased (if so what is it) or natural intelligence (as opposed to AI) cuts down the unmanagable to managable?

Jared Tilley
7th Feb, 22
Hi Ahmet, thank you for the comment. The idea of wearing the same thing or similar items each day relates to the concept called decision fatigue. The idea is based on the theory that you are saving decision making capacity for more useful and important things given you only have so much capacity per day. There has been some impressive research on the concept with one of the most famous studies done on parole hearings and the tendency for parole officers to grant parole during the early hearings when they weren’t fatigued and select the default option for the afternoon sessions which was to deny parole. Over the years a few famous people have raised awareness of the concept including Steve Jobs (black turtleneck, blue jeans and sneakers), Barrack Obama (grey or blue suit) and Mark Zuckerberg (jeans and a grey t shirt) although there are plenty of ways to reduce time/effort spent on decision making, these include having a structured morning routine, meal preparation for the week and having a structured and planned day and or week. Hope this helps.

Get investment ideas from Jared Tilley when you sign up to Livewire Markets.