Deals are no sure-fire way to create value 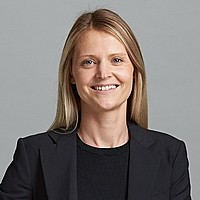 The great and terrible mergers and acquisitions of corporate history are well remembered. But the conditions that produce them are often overlooked.

With cheap debt readily available due to record low interest rates, weakening economic leading indicators and some remuneration structures that specifically reward executives for revenue and earnings per share (EPS) growth rather than total shareholder return, it would not be surprising to see deal activity pick up.

With the economic cycle approaching the end, heightened political uncertainty and equity markets trading near all-time highs, investors should be on watch for deals at extreme valuations or lacking strategic sense.

Mergers and acquisitions are performed for different reasons, including the desire for growth or industry consolidation, securing survival, exploiting opportunities or in reaction to changing competitive or regulatory environments. Logical deals at the right price can be incredibly value-accretive, although history is littered with failures.

Deals that involve businesses with high levels of inherent operating leverage can create significant value. CME Group, born of the merger between Chicago Board of Trade and the Chicago Mercantile Exchange in 2007, is the world’s largest futures and derivatives exchange and a great example. With a high proportion of fixed costs, adding volumes came at very high incremental margins and allowed participants to enjoy the significant benefits of netting.

A management team with a track record in executing occasional deals, rather than deal junkies, is one way to increase the odds of success. An example is the successfully executed takeover of global aerospace and defence company Exelis by Harris Corporation in 2015 for $US4.75 billion ($7 billion), which gave the merged entity enhanced scale, technological expertise and presence. This provides a higher level of confidence that the same management team can bring about value-creation in their recent merger with L3 Technologies.

Likewise, a company with a strong distribution network will often benefit from absorbing additional products or content, such as Disney’s acquisition of Marvel in 2009. After acquiring the comic book producer for $US4 billion, Disney has earned more than $US18 billion at the box office from its Marvel-brand movies.

The world’s leading luxury brand business, LVMH, has selectively added to its portfolio and established itself as a master of post-deal integration. LVMH constitutes 75 brands and a retail network of over 4500 stores.

Investors should look for clear evidence of logic in the rationale for any proposed deal.

What could go wrong?

Investors should look for warning signs when assessing deals. Red flags include slowing organic growth or falling margins in a core business, which the management may be attempting to hide through deals.

Watch out for funding of a deal by highly dilutive share issuance or which requires the assumption of a heavy debt burden; deals predicated solely on achieving revenue synergies; and deals in people-centric businesses, such as professional services, as merging cultures is difficult and key staff often depart after an acquisition.

Attempting to separate reality from the management spin can be tough, but a look at management incentive structures is often a useful place to start.

Management compensation centred on achieving revenue or EPS growth without appropriate return on invested capital hurdles should be viewed with significant caution. Compensation structures like this encourage deals to be done regardless of whether it is the right point in the economic cycle.

Historic top-of-the-cycle mergers include America Online’s takeover of Time Warner for $US165 billion in 2000. The dot-com bubble burst not long after the deal was completed, sending the combined company’s share price spiralling. The largest takeover in the world was followed by the world’s greatest write-down, reaching $US99 billion.

Prior to the global financial crisis, the Royal Bank of Scotland purchased Dutch bank ABN Amro in 2007 for £49 billion ($90 billion), which the United Kingdom’s Financial Services Authority found to be based on inadequate due diligence material limited to two lever arch files and a CD. RBS required a £45 billion taxpayer bailout a year later.

While there is money to be made in accompanying a good management team on a considered acquisition journey, there is arguably more to be lost when a deal proves to be poorly contrived, overly rich or lacking in rationale.

Investing involves balancing the desire to grow capital through risk-taking against the threat of missteps and capital destruction. If history is any guide, deals are no sure-fire way to create value. As an investor, it is crucial to conduct unbiased in-house analysis, with a healthy degree of scepticism to ensure you are not captured by the inevitable management spin.

Stay up to date with the latest news from Wilson Asset Management by hitting the 'follow' button below and you'll be notified every time I post a wire.

Want to learn more about global investing? Hit the 'contact' button to get in touch with us or visit our website for further information.

Catriona has more than 17 years’ global and Australian investment experience. Catriona is the Lead Portfolio Manager responsible for WAM Global.

Get investment ideas from Catriona Burns when you sign up to Livewire Markets.