Domino’s class action a distraction, not a disaster 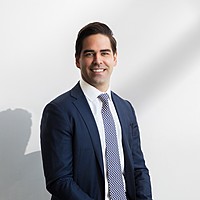 Domino’s (ASX:DMP) has been served with a class action lawsuit regarding wage underpayment. Domino’s believe their agreements are applicable and will defend this in court. The materiality of the class action appears overstated, and the evidence suggests to us Domino’s compliance systems may have contributed to the class action. However, this does not present implications for the ongoing cost base and there remains a significant opportunity ahead. It seems this class action is a distraction, not a disaster.

PFM is bringing the class action against Domino’s on behalf of employees employed between 24 June 2013 and 24 January 2018. PFM alleges workers were employed under a series of employment agreements that did not pay certain entitlements, including 25% casual loading, additional penalty rates, and other allowances under the award.

Domino’s believe their agreements applied to its franchisees at all relevant times and has stated they will defend this in court. Domino’s last approved enterprise bargaining agreement (EBA) was in 2009 with the Shop Distributive and Allied Employees’ Association (SDA).

An EBA is a collective agreement made between an employer and their employees regarding their employment relationship. These agreements set the entitlements (whether monetary or other) for employees and are usually negotiated by a representative union.

The Fair Work Commission must approve an EBA, and will usually undergo extensive investigation prior to approving this. Once approved, the commission is happy that the agreement legally meets all standards and requirements.

On 1 July 2009, the bulk of the Fair Work Act 2009 (FWA) took effect, becoming the main federal statute on employment conditions and workplace relations — replacing the prior Workplace Relations Act (WRA).

Modern awards are generally inapplicable while an EBA remains in force. Only if there are major inconsistencies, such as entitlements falling below the minimum wage or employer misconduct, then the EBA will not continue.

Any agreement must meet the National Employment Standards (NES) which are minimum employment entitlements that must be provided to all employees; and additionally, must pass the ‘Better Off Overall Test’ (BOOT) where employees remain ‘better off’ under an agreement compared to the relevant modern award.

In the franchise sector, the franchisor must make it clear to its franchisees as to their obligations, and any failure on a systemic level will fall under the responsibility of the franchisor (s558B FWC). Moreover, Section 18 of the Australian Consumer Law (ACL) imposes this standard of conduct by saying they must not ‘mislead or deceive’.

Basically, PFH wants Domino's to pay the ‘saving’, or the difference between their EBA and the Modern Award. When the EBA came into effect, it was estimated this would save ~$30m pa. So around 4.5 years of underpayments amount to between $150–250m (back of the envelope estimates) and in line with market estimates.

When reviewing the class action documentation we found the following (potential) issues as core to our analysis and continued investment in Domino's:

Some points to consider

The agreement had a nominal expiration date of 3 June 2013. While no subsequent agreement was lodged when this nominal date passed, the agreement continues beyond this date, unless steps are taken to terminate the agreement (s219 FWA).

We highlight that the nominal date of expiry and the starting date for the period of this class action both fell in June of 2013. This is simply a coincidence, and not to be confused (or assumed) as the expiration of the agreement. The claim begins in June 2013, and not earlier, due to the six-year limitation period of bringing a claim (s236 ACL).

Since the agreement continues alongside the modern award, and that no party brought an application to terminate the agreement until 2017, the agreements were valid during the alleged period of underpayment.

Were Domino’s misleading or deceiving?

Basically, consumer law provides that Domino’s ‘must not, in trade or commerce, engage in conduct that is misleading or deceptive or is likely to mislead or deceive’. Of course, the conduct by Domino’s (if found liable) may fall under this legislation as the franchisees followed Domino’s compliance systems.

Some media outlets have followed this language (misleading and deceptive) and present management as being somewhat conniving. We believe this is a sensationalised perspective rather than statements of fact. We take this at face value, rather than assuming an intent to deceive, albeit, much the same outcome in the eyes of the law.

The EBA appears to be applicable and enforceable, and we don’t believe a retrospective application of BOOT would occur. Further, we assume Domino’s acted accordingly when the agreement was drafted given it was approved in 2013 under much assessment and scrutiny, so this leads us to assume it comes down to the rules about which franchisees fall under the agreements — that is, the original (defined) entities covered, but not newly added stores.

Were compliance systems the issue?

Domino’s and its franchisees use electronic systems which we believe to be at the heart of the presented issue. These include 1) TANDA, which assists in employment matters such as rosters, time and attendance etc; and 2) Domino's Bookkeeping Service, which configures the EBA requirements for its store network to implement.

Over the years we have recognised this industry-leading system and infrastructure. This helps remove the risk that franchisees roster and pay their employees per the relevant award or agreement (assuming the input to the system is correct).

In the event that these agreements did not cover all franchises, and that some were in fact (legally) supposed to be on the modern award due to a technicality, then there may be validity to the claim as franchisees followed the system.

While we may find comfort that Domino’s integrity remains intact (if the result is from a legal oversight), it may beg the question — ‘are Domino’s competent in executing on all areas of their business?’ This will take time to form a judgement.

So what’s the technicality?

The issue lies in whether all entities were defined under the initial agreement. The claim appears to focus on which 1) franchises were nominated under the agreement (or lack of) and 2) the legal interpretation of whether there has been a transfer of business and whether the meanings of a transfer of business have been satisfied or not (s311 FWA).

In their statement of claim, PFM note that the EBA is applicable for corporate stores, stores listed in the initial agreement (franchised stores prior to 2006), and franchisees that have successfully transferred business title.

This means not the entire network were underpaid and it appears that the EBA does not apply to:

This suggests the entities who didn’t satisfy transfer of business or who became a franchise were not specifically mentioned under the EBA. So, this seems a portion of their franchise base could be affected, but just how much and what’s the potential cost?

In 2013, the estimated savings of ~$30m pa, or approximately ~$51k per store present the full potential downside risk. All things being equal, this would mean that by 2018 this number may be closer to ~$40m pa.

While it’s impossible to determine the number of employees and their respective hours worked, we acknowledge the claim does not allege underpayment by all Domino’s stores. Corporate stores are excluded, and only the above-mentioned franchised stores.

Below shows our estimates for the yearly employment savings for franchisees (underpayment liability cost) for each per cent of the franchised group being affected:

In 2006, Domino’s had ~300 franchised stores and by 2018 this had grown to ~730 stores. Assuming the franchised stores opened within this period fall under the class action, we estimate over 50% of the (current) network may be at risk of liability.

Of course without all the information we cannot determine the actual cost, however, with ~50% of the network affected (being those franchises alleged to be on the modern award), the cost to Domino’s could be ~$70-$90m.

Further, we highlight that not all employees have made a claim. The AFR suggests 1000 current and former workers had so far registered for the class action which we believe would result in a far lower (potential) claim from this action.

The market’s reaction to the announcement seemed overstated. To put this into perspective, the market cap fell by more than $250m on the day, which reflects more than the possible net present value impact from a class action based on our analysis. We wait to hear from the courts and management regarding this (potential) legal blunder, however, the impact from a financial perspective is less worrisome for a long-term shareholder like us who recognise the potential in their international operations.

While Domino’s may pay out the action from cash reserves (or debt), the ongoing predictability of earnings growth appears sustainable as this action doesn’t affect their ongoing cost base.

Despite the onerous requirements placed on domestic franchisors, Domino’s appear well positioned from a structural perspective to manage their broader franchise network. We believe the offshore growth far outweighs headwinds in their domestic business and remains an attractive investment opportunity.

It seems since the announcement, the apparent share price recovery demonstrates the market is focused on the long-term growth opportunity.

Below highlights the regional performance and illustrates our expectations going forward. While the domestic business is maturing, we expect the earnings mix to shift toward Europe as the region becomes its core growth engine.

To date, the European business has been nothing short of exceptional, as it’s grown from a loss-making division in 2007 to generating over $70m in 2018. Despite perceptions that this has grown through acquisitions, we note the majority of growth is through greenfield rollout. Acquisitions provide scale which enables greater organic growth through time.

At ECP, we do not forecast acquisitions and our investment case is predicated on conservative estimates which see the store network to grow at a CAGR of ~6% over the next five years. At these numbers, we expect significant investment performance going forward.

Time for management to execute

The underpayment of wages issue remains a concern for their domestic business. At first whisper of this lawsuit, we investigated accordingly as any funded class action generally has merit to it. Our research suggests the claim may not be as large as initially thought and is more likely a battle over the technicality of the law.

We continue to assess the business, its operating environment, and any other impacts that may affect the earnings profile going forward. Domino’s has tested our convictions and we continue to assess management’s conduct and any ESG failures that led to this event. For now, the focus turns to their opportunity in their international divisions.

The article has been prepared by ECP Asset Management Pty Ltd (ECP). ECP is a funds management firm based in Sydney, Australia.

This material has been prepared for informational purposes only, and is not intended to provide, and should not be relied on for financial advice. ECP and the analyst own shares in Domino’s Pizza Enterprises Ltd.

Jason is part of the ECP investment team that manage a concentrated portfolio of companies in the growth phase of their life-cycle, able to expand their economic footprint through time. He is the lead on the firm's ESG initiatives and practices.

Get investment ideas from Jason Pohl when you sign up to Livewire Markets.