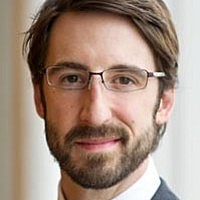 A very ‘Xīnnián hǎo’ to you, as this month’s Chinese new year zodiac moves from the Rooster to the Year of the Dog. The 12-year repeating nature of Chinese astrology interests us here on The Value Perspective, as this is just the sort of time horizon that should be in people’s minds if they are planning to invest in the stockmarket.

If you look back over almost 150 years of history, as the following chart illustrates, the best indicator of the future return of shares is how much investors paid for them, relative to the profits those businesses paid. These are, however, just average returns and you will only get to see such numbers if you are willing and able to hold your investments for the long term.

Regardless of what your horoscope might have suggested, if you dip in and out of the stockmarket, you might well be fortunate enough to avoid a bad year or two but, by the same token, you might just as easily miss out on some very good years.

Let’s put that idea into perspective with some actual numbers. The main US stockmarket index, the S&P500, has delivered the equivalent of a 10% return every year for 90 years, the effect of which has been to compound an initial investment of $100 into some $399,000 – providing that money had stayed invested for the whole period.

In short, in order to compound your wealth, you need to be invested for the long term.

To underline that point, consider what would have happened if – blessed with perfect foresight, or a really good astrologer – you had only invested in the S&P500 during the Chinese ‘animal year’ that has provided the best average return since 1928, each time it came around.

As the following chart shows, that has been the Year of the Pig – which seems an appropriate enough name for value investors, who only buy unloved stocks (technically it's the art of buying stocks which trade at a significant discount to their intrinsic value). As such, if you had only invested in ‘Pig’ years, keeping your money in government bonds the rest of the time, you would have made 161x your initial investment. Furthermore, you would have avoided the 25% drop of 1930 and the 44% fall of 1931 – respectively the years of the Horse and the Ram.

All of which may have you wondering when the Year of the Pig next trots around – and, for what it is worth, you do only have 12 months to wait. Bear in mind, of course, that past performance is not a guide to future performance and may not be repeated.

The far more important point to take from this exercise, however, is that, if you had been patient and kept your money invested in the S&P500 from 1928 – including the lowly-returning Snake and Horse years – you would have returned very nearly 4,000x your initial investment.

For further insights from Schroders Australia, please visit our website