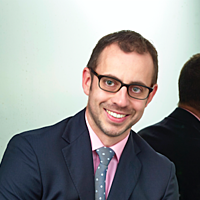 What is compounding? Albert Einstein is reported as saying that compound interest is “the eighth wonder of the world. He who understands it, earns it; he who doesn’t, pays it”.

Compound interest simply means that instead of taking out any earnings you make from interest, you leave it invested, effectively earning interest on interest. Therefore, the more often interest is paid and left in the investment, the more powerful interest will be on the interest. That is the benefit of many fixed interest credit funds, which pay income quarterly and allow the re-investment of the distribution.

Compounding interest, while a relatively simple concept is often not considered in the context of a wealth building strategy. Australian investors for the most part, take a barbell approach with investing, buying equities which can exhibit large bouts of volatility and purchasing term deposits, which has no capital variability.

There is a valuable middle-ground, investing in fixed income credit. Investing in credit provides the benefits of enhancing income returns over those provided by term deposits, but does not share the same volatility as equities. Positive investment returns are a function of income and capital gains. Credit will provide most its return via income while the opposite is generally true of equities, with most the return expected from positive capital movements.

The Rule of 72 is such a simple rule of thumb it is often forgotten or rarely taught, but it’s a concept investors should consider when making investment decisions, after credit risk is assessed and understood. The Rule of 72 is an approximate way to determine how long an investment will take to double given a fixed annual rate of interest. By dividing 72 by the annual rate of return, investors obtain a rough estimate of how many years it will take for the initial investment to double.

As investors approach their retirement years it is prudent to invest more conservatively. Using a continuum of volatility to approximate risk, equities sits to the right, fixed income sits middle to the left and term deposits resided on the far left.

The basic differences between credit and equity are twofold:

a) Firstly, credit has contractual cash flows with its defined interest rate, and if that interest is not paid a company could be in default of its obligations. However, dividends are at the discretion of the board which can cut dividends because of poor operating performance or to conserve cash for balance sheet rehabilitation. Most recent examples of stocks held as fixed income proxies were Telstra, BHP and NAB where their dividends were cut.

b) The second and probably most important difference is that fixed income has a defined maturity date. Debt or fixed income must be paid by the issuing company on a due date, while equities provide perpetual funding. This is an important risk mitigation against volatility, as fixed income will “pull to par” or in other words pay 100% of its face value as it approaches maturity.

The most recent benefits of holding an asset with a defined maturity is when the global financial crisis (“GFC”) rocked financial markets. When the US government announced it would not nationalise Lehman brothers (around September 2008), the major banks fell by around 50%, and it took around 1 year to recover. On the other hand, if bank debt matured on or around that time the debt would have “pulled to par”, allowing the re-investment of those proceeds at a wider credit spread. Stability of returns is key to building wealth. Using an extreme example, if in one month an investment went down 25%, then in the subsequent month, the same investment went up by 25%, an investor would still be down 6.25%. Fixed income credit is likely to provide a more linear return profile than equities owing to point b) above, which is important in the context of not compounding off a lower base, but always off a higher one.

There are essentially two categories of fixed income funds. Firstly, a fund which assumes interest rate risk by investing in fixed rate bonds, but taking no credit risk, like investing in government bonds. Secondly, invest in a fund that invests in floating rate securities, but takes credit risk. As the article is a focus on credit, the two ratios a potential investor in a fixed income fund should focus on are a fund’s yield to maturity and its credit duration. What these two ratios highlight in combination is the annual rate of return in years if the fund manager does nothing. For example, if the fund’s yield to maturity was 6% and its credit duration was 2.5 years, provided there is no “jump to default” event, the fund would earn 6% for the next 2.5 years.

Investors should be mindful of the power of compounding interest and in the current environment of unprecedented low interest rates domestically, the best way to realise compounding is via a fixed interest credit fund that permits the reinvestment of quarterly distributions. As way of example, and assuming we live in a tax-free environment, a credit fund that generated an annual distributable return of 5.5% payable quarterly and reinvested into additional units, would double in about 50 quarters or 12 years.

Dean Italia is Portfolio Manager - Head of Credit Funds at Mutual Ltd. He has over 20 years financial markets experience specialising in corporate credits (financial and non-financial) and structured finance (RMBS, ABS and CMBS).

Get investment ideas from Dean Italia when you sign up to Livewire Markets.