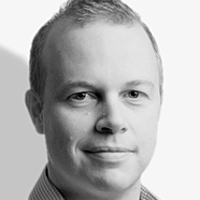 It’s open season for capital raisings and investors need to be on high alert. Investment banks are dusting off the playbook they used to scalp shareholders during the GFC. However this time it could be even worse. The ASX has given boards increased power to dilute existing shareholders and potentially upend the market for corporate control.

On 31 March 2020 ASIC and ASX announced temporary emergency capital raising relief to help facilitate capital raisings. The relief allows issuers to selectively issue 25% of new shares (previously 15%) provided that they make an entitlement offer or SPP as a follow-on to the placement at the same or lower price. The regime expires on 31 July 2020 unless the ASX determines to remove or extend the relief.

The ASX has thrown a bone to retail securityholders, ensuring they are offered the opportunity to participate in the capital raising.

However this is cold comfort if the offer is structured in a way that guarantees dilution. In a worst case scenario the dilution suffered will be just below 25% where an issuer conducts a 25% placement and then follows on with a minimal (capped by size) SPP for retail shareholders who are scaled back. The dilution will be felt not only by retail shareholders but also by institutional shareholders not invited to participate, or unable to preserve their shareholding as favoured investment banking clients or more management friendly institutions get first dibs. The ASX relief appears to assume that the upsized placements will be made available to existing institutional securityholders whereas in reality underwriters have significant influence on placement allocations. In the recent Cochlear raising, one institution alone received 34.6% of a heavily discounted placement that is now trading well in the money.

To add salt to the wound, a separate “supersized waiver” is also available where an entity undertakes a placement followed by an entitlement offer. The supersized waiver, which was used during GFC capital raisings during 2008 and 2009, allows an issuer to calculate its placement capacity on the basis of the expanded capital base post the capital raising.

Webjet (ASX:WEB) used the supersized waiver alongside the new emergency relief to arrive at the placement component of the raising representing 50% (after upsizing the placement and underwritten entitlement offer following strong demand) of shares on issue when the raising was announced.

Oohmedia (ASX:OML) made used of the supersized waiver to allow it to make a placement of 30% on the basis that it was also conducted a one-for-one entitlement offer. The Oohmedia raising was announced prior to the new emergency relief being announced.

NextDC (ASX:NXT) has announced a placement which represents 25% of shares on issue (alongside an uncapped share purchase plan) making use of the emergency relief albeit the stated reason for the raising is “to pursue growth initiatives”. As the retail component was not underwritten, it incurred $15m in transaction fees (2.2% of total proceeds) for the 24 hours the bank was on risk to sell the discounted shares.

The new regime has implications for the market for corporate control. Upsized placements can be made to one or a small number of investors. Australia’s takeover regime prevents a placement of more than 19.9% to a single investor, however, where that investor acts as a sub-underwriter to the subsequent entitlement offer the investor could end up with in excess of a 20% stake in a company without needing to make a bid for the company.

For example, if a company made a 20% placement to one investor and conducted a one-for-one entitlement offer which that investor sub-underwrote and subscriptions for the entitlement offer were only 50% - then assuming that the investor received the 50% that was not subscribed for, they would hold just over 30% of the company following completion of the raising.

An example of this is the Oohmedia raising where major shareholder HMI Capital (who held 19% of Oohmedia at the time the raising was announced) has agreed to sub-underwrite the offer. As a result of the sub-underwriting HMI Capital’s interest in Oohmedia may rise as high as 25% depending on the level of participation in the raising by other shareholders (and FIRB approval given it is a foreign shareholder potentially increasing its holding above 20%).

In the case of the Webjet raising, Bain Capital was allocated just over 20% of the placement and has agreed to sub-underwrite part of the retail component of the entitlement offer. Bain Capital will hold somewhere between 6% and 16% of Webjet post raising – almost certainly a blocking stake if there is corporate activity.

The freedom to raise equity capital under the temporary relief measures places a lot of scrutiny on boards and management to ensure that the raisings are conducted in an fair and equitable manner. There was some evidence during the GFC capital raisings of investment banks placing away from quant funds to their preferred clients knowing that index funds would need to buy on market following the raising to maintain their market weights, and so providing price support in the post capital raising trading period.

Competent boards matter more than ever at this time. There is no obligation for non-distressed companies to use the nuclear dilution button the ASX has enabled. They will need to ensure that existing shareholders on the register at the time the capital raising is announced are afforded the ability to participate and that the investment banks assisting with the raising are not placing discounted stock to their preferred clients.

Desperate times call for desperate measures, however there are already signs that some companies (such as NextDC) are taking advantage of the new regime to raise for growth rather than balance sheet repair. Investors will need to be vigilant to ensure their positions are not diluted by sharp investment banks taking advantage of naïve boards.

Now is the time to myth-bust investment truisms

The surging US Dollar is tanking global currencies. Here's what that means for your portfolio

Ownership Matters is an institutional governance advisor focussed on the ASX 300. Simon is the joint author of a seminal study on Capital Raisings in Australia 2008-9, released in 2010.

G
Garren Cronin
3rd Apr, 20
The system is far from perfect and open to abuse just like the GFC! However, the fact is that in the current volatile market, no underwriter will take the Retail Offer tail risk over 21 days, unless it's fully sub-underwritten upfront, which results in challenges and very large discounts (economic loss) to entice hedge funds and others to play (eg KMD @30% TERP). This leaves the ANREO / AREO structures as the second prize for most companies. The ASX 25% Placement waiver is clearly advantageous. The two key points are to ensure wide disbursements of the Institution Placement to long only holders (company's have to control, as UR have a vested interest) and ideally an uncapped SPP which is a free option for Retail investors who generally get to upsize at $30k and at no higher than the Placement Price.
J
Jessica Haring
6th Apr, 20
Sydney Airport (SYD) is on the assumed capital raising trajectory...what might be their stance and ultimately percentage impact on the share?
D
Dion Deano
6th Apr, 20
Any opinions of the capital raising OSH has mentioned in its Trading Halt today?

Get investment ideas from Simon Connal when you sign up to Livewire Markets.