Get ready to pounce on a new equity cycle 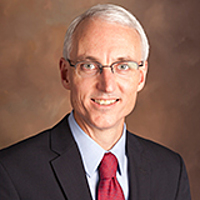 The size and speed of the policy response on the monetary and the fiscal side - particularly from the Federal Reserve and the US government - was truly breathtaking. It took a little time for investors and business to appreciate quite how much had been done, and how quickly. The powerful policy response was one of the things which helped me to form a view of the coronavirus crisis. In the US, Congress quickly approved three fiscal packages worth USD2.4 trillion (over 11.0% of GDP) and is close to agreeing a further US$1 trillion of stimulus. The Fed is also very quick to act, taking interest rates all the way to zero, while introducing unlimited quantitative easing (QE) and direct support for the credit markets by buying corporate bond ETFs (exchange traded funds).

There's been a very strong signal from governments the world over that they are committed to do whatever they can to help small businesses, their workers and the unemployed, to get through the economic crisis caused by COVID-19 and emerge the other side.

So, it's not so much a question of whether governments have done enough. They have already done more than nearly anyone expected at the start of the pandemic and they stand ready to do even more if needed.

Globally, quantitative easing by central banks in 2021 is expected to more than double the previous peak in 2010 after the financial crisis

To put the scale of things in perspective, in three to four months, the Fed has done twice as much QE as during the entire global financial crisis (GFC) period from 2008 to 2010.

On this occasion, the Fed acted decisively as 'central banker to the world,' ensuring that sufficient liquidity remains in the system for markets to function normally. It was an important signal to us that this recession was unlikely to become a financial crisis when we saw that companies could still issue long-term debt at very low rates even in some of the sectors that had been negatively impacted the most by the coronavirus.

To my mind, a key difference is that during the GFC stimulus was often portrayed by the financial media as governments bailing out the big global banks. This time around, I think governments have done a better job of saying "We are doing everything we can to help those who are suffering because of the coronavirus." In turn, this has fostered a more bi-partisan approach toward fiscal and policy easing that rising populist movements have found difficult to exploit

The first point is that the starting level for equity valuations before the selloff began in February is an important consideration. They were a little above the long-term average but were far from extreme. Global equities at the start of 2020 were broadly trading at mid-to-upper teen multiples of forward earnings. This is very different to the tech bubble in 2000. Then the developed world was trading at much higher market valuations of 25 to 27 times forward earnings, with many internet and technology companies even more richly valued.

So, the starting point for valuations when the coronavirus first struck in 2020 was quite reasonable, in my view.

At the top level, this simple analogy may help to think about valuations. As an educated guess, the world may lose around 18 months of GDP because of the recession triggered by COVID-19. It could be a bit less or it could be a bit more. But if we take the midpoint of the forecast range as 18 months, then by the middle of next year we will be roughly back to the pre-COVID level of GDP.

Markets today are quite close to where they began the year (-2.7% FTSE Russell AC World Index, as at 31 July, 2020). If they, as some equity strategists currently assume, rise by a moderate 5% to 7% over the next 12 months, then essentially, we are going to end up at a market level and a GDP level that are broadly similar to where we started. From a top-down macro perspective, that doesn't strike me as a totally unreasonable outcome for global equity valuations. Though within a similar market valuation there will, of course, be many new winners and losers on account of the changes brought about by the coronavirus, providing fertile ground for bottom-up stock pickers like T. Rowe Price.

A final caveat on valuations is that we are clearly now in a world where interest rates are going to be lower for even longer than we previously thought, perhaps much longer. Sovereign bond yields have been compressed to ultra-low levels throughout the developed world countries and are now also falling sharply in emerging markets (EM). The dividend discount model, other things equal, suggests that in a world where the risk-free rate is expected to be much lower, there is a respectable argument that equity valuations can be meaningfully higher.

The growth profile of the emerging markets (EM)

It makes sense to divide EM into a number of different buckets.

In the first bucket is China, an economy so large that it is really important for all investors to understand what is happening there. While China was the original centre of the coronavirus, the year-to-date return on China A shares has been as good as the return on NASDAQ, for good reason. Under the global pandemic, China has been one of the best performing major economy in the world this year and the first to recover.

In the second EM bucket are exporters of manufactured goods like Korea and Taiwan. Essentially, these are countries that for various reasons are included in the EM universe, although they should really be seen as part of the developed world's technology supply chain.

In the third bucket are the EM commodity exporters, countries such as Brazil, the Russia, South Africa and the Middle East.

Finally, in the fourth bucket we have a small number of EM countries with a number of key characteristics in common. They are each demographically blessed with low levels of debt-to-GDP, "normal" interest rates and meaningfully higher structural growth rates, such as India, Indonesia, Philippines, Vietnam and Peru. For international equity investors, this is a really interesting part of the EM universe.

To the extent that COVID-19 is leading to a lower-interest-rate world for longer and also a lower-growth world for longer, then being able to invest in the fast growing EM countries in bucket four will be more important than ever. Many successful multi-national companies appear to be increasing their focus on the EM countries in bucket four, with a view to building up their operations there. So to conclude, the coronavirus pandemic has done nothing to change my conviction that places like India and Southeast Asia remain enticing long-term investment prospects.

Essentially, we are finding the best investment opportunities in a relatively small segment of the EM universe and are less interested in the more mature markets like South Korea and Taiwan or in commodity producers like Brazil and South Africa.

I think we're now at a point where tactically it makes sense to be more prudent than two or three months ago as there are still a number of significant risks for investors to contend with. Firstly, we are seeing a second wave of the coronavirus or an extended first wave in many places and the economic costs of fighting the coronavirus may be greater and more prolonged than was initially assumed. The economic recovery remains fragile and there is still considerable uncertainty over the growth trajectory beyond the initial rebound phase. Secondly, China-US tensions are flashing amber and could worsen ahead of the U.S. presidential election in November. Thirdly, the election itself is a difficult call at this point. A Democrat victory would likely see a major switch in policy direction and a different regulatory and tax regime.

In response to these risks, I have recently been trimming those companies where it no longer seems to make sense to have such big bets on them at what are now considerably higher prices, even if their growth prospects remain sound. Interestingly, aside from stocks that we expect to emerge as potential winners in the post-coronavirus economy, our second biggest overweight currently is in financials. Early in an equity cycle it's often the banks and materials stocks (where we are also overweight) that are unloved, but which later do well in the upswing. Apart from these adjustments, this is not the time to become outright defensive in the portfolio as we believe we are in the very early stages of a new equity cycle.

What we're watching for

Stocks have rebounded strongly. Further progress is likely to depend on two things. First, gradually bringing the coronavirus under control i.e. no major second wave. Secondly, we will be watching for a successful transition by the global economy to a more sustainable growth path.

R
Rick Huxtable
16th Sep, 20
I agree especially as stated - "governments the world over that they are committed to do whatever they can to help small businesses, their workers and the unemployed, to get through the economic crisis caused by COVID-19". Unfortunately, the Labor Party/Union Party is only interested in supporting 'Union Members' . Example: Dan Andrews premier of Victoria says that it is OK for Council Workers to continue gardening and lawn mowing BUT IT IS UNLAWFUL for self employed gardening and lawn mowing small businesses to continue their small businesses and must stay home. The small business community will be decimated together with their employees. Everyone should be treated equally. Rick Huxtable.
G
Grog man
16th Sep, 20
Buffett sold airlines and banks. He bought into technology & gold. The economy had reached the end of its expansion before covid hit & people were expecting a recession. Not sure that we are actually in that part of the cycle.
C
Carlos Cobelas
16th Sep, 20
China's casino cannot be trusted, nor can it's government influence on company affairs.
R
Raymond Jones
16th Sep, 20
A great, thoughtful appraisal

Get investment ideas from Scott Berg when you sign up to Livewire Markets.