How investors can avoid the zombie apocalypse 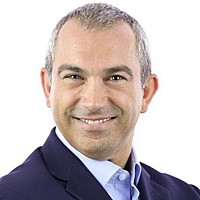 There is a large number of ‘living dead’ companies that struggle to generate the operating profits required to meet debt interest payments. Rising interest rates threaten to kill off many of these zombie companies around the world. Investors should consider how they can best steer clear of a possible ‘zombie apocalypse’.

What is a zombie?

A zombie company is one that makes just enough operating profit to pay its overheads, including debt interest. However, it is unable to generate funds to ever repay debt, or invest in new projects that could grow future earnings.

While there is no precise definition of a zombie company, they are economically unviable and are typically dependent on the ‘temporary’ forbearance of lenders, and sometimes governments. Studies suggest 10-15% of listed companies in developed markets are currently zombies.

Zombies were first talked about in Japan during the ‘lost decade’ of the 1990s when unprofitable and inefficient companies averted bankruptcy as their lenders continuously rolled over maturing debt. The number of western zombie companies surged after the global financial crisis when governments began supporting businesses that they believed to be strategically important.

How do zombies keep staggering on?

Zombie companies are unable to innovate and grow, and many have been on life support for decades.

The extended period of ultra-loose monetary policy that we have seen across developed economies explains their longevity. These companies have only just managed to meet undemanding interest payments which remained well below historic norms for many years.

Debt is rolled over on advantageous terms, sometimes with unpaid interest added, reflecting banks’ unwillingness to acknowledge the loss on their balance sheets and the hit to current earnings.

This is particularly common in Continental Europe and Asia, where banks are corporates’ primary source of debt finance. US companies depend more on the bond markets, which can be more ruthless than banks in dealing with zombie companies.

Many zombie companies have benefitted from quantitative easing that has kept the price of long-term debt artificially low, even for those of lower credit quality.

Governments have also granted direct support to those considered strategically important – or at least politically well-connected. These are often ‘too big to fail’ firms that employ a large but vulnerable labour force.

Zombie companies usually remain under the radar as they neither fail, get acquired, lay off workers, or default on their debt. Yet, they can cause significant harm to the wider economy.

These companies lack the capital to invest in new projects and are often beset by weak and risk-averse management teams. This leads to a slump in innovation, resulting in lower productivity growth across an economy.

Capital and labour which could be more efficiently allocated remain tied up in failing businesses that burn cash.

Higher interest rates and a slower economy impact demand, and thus revenues, when companies have not invested in developing a competitive advantage.

Zombie companies that struggled (or barely survived) with low-interest rates will find it much harder to raise debt finance at higher rates. Banks and bond markets will grow increasingly reluctant to lend to ‘zombies’ as higher interest rates bring more attractive alternative uses for their available loan capital.

This suggests the days of the zombies may be numbered!

How to keep clear of the zombie apocalypse

Readers who are familiar with such films will know that zombies often die slowly. So too with zombie companies, they are likely to pass away in gradual waves rather than in a dramatic finale.

Whilst fixed income and equity markets are now adjusting to higher interest rates, it is not clear that markets are discriminating sufficiently between individual companies. The new environment may prove to be a brutal lesson in risk management for many professional investors unfamiliar with normalised monetary policy.

Eventually, markets are likely to apply much steeper price discounts to securities issued by zombie companies, which will continue to grow in number. They will increasingly struggle to refinance debt as they deliver weak returns to shareholders.

They should also carefully consider the loan book quality of any banks in which they invest.

However, the zombie cull will also bring opportunities for companies with strong balance sheets to acquire businesses and gain market share when the zombies can no longer roll over debt.