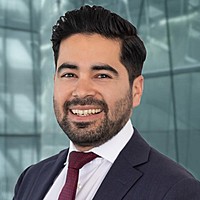 Many would be familiar with Nike’s direct-to-consumer (DTC) strategy, their ambition to generate the majority of sales through their own physical stores and online channels. In this article, we review why we believe the shift to DTC has helped Nike become stronger than ever ― and why the company is increasingly in control of its own destiny due to its ever-improving digital offer and power over product allocation as brand owners. Nike is currently one of the 14 stocks in the Claremont Global portfolio.

This company needs little introduction, being the world's leading sportswear company with sales of US$44.5 billion in FY21 across the Nike, Jordan and Converse brands.

Nike’s DTC strategy was formally outlined in 2017 by then CEO Mark Parker as customers had been increasingly favoring Nike’s own channels, and at the same time many wholesale partners were not delivering the level of customer and brand experience that Nike aims for. This strategy was supercharged by current CEO John Donohoe who brought significant digital and e-commerce experience from previous roles as the CEO of ServiceNow and eBay.

As shown on the chart below, online penetration has accelerated significantly and in FY21 online sales reached 21 percent of total sales from seven percent in FY17 and DTC (i.e., online + stores) reached nearly 40 percent. This was achieved more than two years ahead of the original targets and momentum has continued as online sales accounted for 26 per cent of total sales last quarter.

Nike’s direct-to-consumer sales accounted for nearly 40% of sales in FY21.

Based on the law of large numbers, it would have been hard to believe that Nike could accelerate sales and earnings growth. However, as online penetration reached an inflection point, in June last year Nike provided new and improved financial targets expecting sales growth of around 10 percent per annum (p.a) and earnings per share growth of over 15 percent p.a. through to FY25.

As shown on the chart below, as part of the new targets, Nike now expects online sales to account for around 40 percent of total sales by FY25 and wholesale sales to fall from over 60 percent in FY21 to 40 percent.

Perhaps the most obvious benefit from the shift to its own channels is that Nike gets to keep the retail “markup” that would normally go to wholesale. As a rule of thumb, Nike generates around double the operating profit from an incremental unit sold online compared to wholesale.

However, of equal importance in our view is the fact that when a customer shops at nike.com or in-store, Nike is in control of the customer experience. Nike has more than 300 million members (growing rapidly) and through the company’s app universe ― which includes the Nike app, SNKRS, Nike Run Club and Nike Training Club ― Nike has been able to forge enviable customer engagement, while gathering valuable data in the process.

Nike can leverage data from millions of members to deliver a more personalised offer, demand forecasting, insight gathering and inventory management. The company has been increasingly able to offer the right product at the right time, which results in higher full price sales and less markdowns. These benefits have been reflected in Nike’s price realisation. As shown below, over the past four years Nike realized nearly a 20 percent improvement in average selling price (ASP). ASP has then contributed 100 basis points p.a. to gross margin on average over the same period.

Nike came out of the pandemic stronger than ever

We believe Nike’s performance through the pandemic provided further evidence of the company’s digital success and strong product offer (which is worthy of its own article). Nike not only recovered quicky, but as shown on the charts below, Nike’s sales were around 10 percent above pre-pandemic levels (2019), while earnings were 35 percent ahead as the company grew significantly faster than trend. For comparison, adidas’ earnings in 2021 were still below 2019 levels.

Nike sales and earnings performance through the pandemic (billion, year to November*)

Nike is increasingly in control of its own destiny

As the brand owner, Nike has control over product allocation. Over the past four years, Nike has cut the number of wholesale doors by 50 per cent and has now started to reduce allocation to large wholesale partners. For example, earlier this year Nike made the decision to allocate less of their products to Foot Locker. The reduction was sizeable as Foot Locker said that their allocation of Nike products would fall from more than 70 percent of their sales to around 55 percent.

Consistent with our view, commenting on Nike’s decision the CEO of Foot Locker said at their 4Q21 result call:

“One of the things that Nike does the best is they control the flow of these high heat products into the marketplace, which keeps the demand high. So again, they will certainly benefit their DTC with some of that.”

2025 targets are not a ceiling, online could be well over 40 percent of sales

It is important to re-emphasise that shift to digital has been driven by the consumer. Nike has continued to win market share and brand ‘heat’ remains very strong. Therefore, we believe the company has been able to recapture most, if not all of the sales that previously went to wholesale.

Based on the company’s targets, the wholesale business is still expected to account for around 40 percent of total sales by FY25. Therefore, we believe there will be plenty of opportunity for Nike to increase its online penetration beyond FY25.

Claremont Global is a high conviction portfolio of value-creating businesses at reasonable prices. Learn more by viewing the fund profile below

Chris has more than 10 years’ experience in equity research. Before joining Claremont Global in 2018, Chris worked as a Research Analyst at Evans & Partners for seven years covering Australian equities.

Get investment ideas from Chris Hernandez when you sign up to Livewire Markets.