Howard Marks: A time for caution 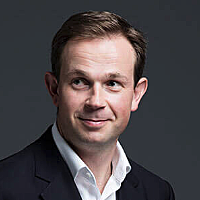 Howard Marks of Oaktree Capital has recently released his updated view on the current market environment. The view of Oaktree is interesting, as they invest across most asset classes and in every part of the capital structure.

That investment flexibility gives them front row seat to see how demand and supply dynamics are affecting various parts of the market. At the moment their overriding theme in their view is “too much money chasing too few deals”.

Their view (and mine) is that the extremely accommodative monetary policy settings around the world have flooded the markets with cash. That policy has caused investors to move into riskier investments to generate acceptable returns. As Marks puts it:

The increased willingness of investors to take risk (in order to get a higher return) has resulted in more money going to less traditional asset classes.  As the Wall Street Journal (WSJ) highlights on the growth of private equity investments in private lending, “The influx of money has led to intense competition for borrowers.  On bigger loans, that has driven [lending] rates closer to banks’ and led to a loosening of credit terms.  For smaller loans, “I don’t think it could become any more borrower friendly than it is today,” said Kent Brown, who advises mid-sized companies on debt at investment bank Capstone Headwaters.”

The WSJ goes on to say “The market is poised to grow as behemoths and smaller outfits angle for more action… Overall, firms completed fundraising on 322 funds dedicated to this type of lending between 2013 and 2017, with 71 from firms that had never raised one before, according to data-provider Preqin.  That compares with 85 funds, including 19 first-timers, in the previous five years.”

The effects of more money chasing the same deals are higher prices, lower prospective returns, weaker security structures and increased risk.  Loan terms that have never been more accommodative in history.  Not even in 2007 were there as high a percentage of “covenant-lite” loans written as there are today (see below).

Given that, Howard Marks rightly warns, “Lending standards and credit skills are seldom tested in positive times like we’ve been enjoying. That’s what Warren Buffett had in mind when he said, 'It’s only when the tide goes out that you learn who has been swimming naked'.  Skillful, disciplined, careful lenders are likely to get through the next recession and credit crunch. Less-skilled managers may not." Howard Marks also asked the wider Oaktree team for their observations on the market.  The view across the team (globally) is consistent with the above (too much money chasing too few deals).  Some specific examples showing that are:

The US economic expansion is now the 2nd longest in history.  With the markets chasing returns, it may be time to review your downside risk.  As Howard Marks finishes:

“Oaktree’s mantra recently has been, and continues to be, “move forward, but with caution.”  The outlook is not so bad, and asset prices are not so high, that one should be in cash or near-cash.  The penalty in terms of likely opportunity cost is just too great to justify being out of the markets… investors should favour strategies, managers and approaches that emphasize limiting losses in declines above ensuring full participation in gains.  Just about everything in the investment world can be done either aggressively or defensively.  In my view, market conditions make this a time for caution.”

Paul is an experienced global credit portfolio manager, having recently held the positions of Global Head of Credit Solutions and Strategic Trading for Lloyds Banking Group.

Get investment ideas from Paul Wylie when you sign up to Livewire Markets.