If you're waiting for a dip in tech, here it is 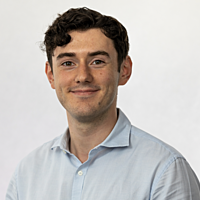 "If you were waiting for a dip in tech, well, this is a dip in tech" is how Michael Frazis signed off his investor letter this week. After a growth-dominated year (and arguably decade), a sharp rise in bond yields and inflation expectations forced investors to give some of those returns back.

At its worst, the NASDAQ composite fell 10.5% in less than a month, hitting Frazis Captial's playground of high-growth tech stocks hard. Despite this, Frazis remains unfazed.

In this wire, I will provide detail on the key takeaways revealed below by Frazis in an interview with AusBiz and in his most recent shareholder letter:

The full update can be found here.

In a recent Livewire article, Watermark Funds Management's Harry Dudley explains why rate movements are worse for growth-stocks than other equities. In short, growth stocks derive their value from long-dated cash-flows discounted today. These cash-flows are sensitive to interest rates, a key component of the discounts applied.

Frazis believes this is only part of the story. He suggests that overextended valuations and investor sentiment also had a part to play in the sell-off. To make his point, he shares the following graphic to display the multiple-contraction seen across the bigger names in his portfolio. Plummeting share prices and increasing sales have brought some of the high-flying multiples down to earth. A few of these companies look like they could pass as value stocks!

We're getting to this valuation point that could really set you up nicely for the next 2 - 3 years.

After witnessing the biggest growth underperformance since 2001, Frazis' expects the multiples of these companies to continue to compress as rates rise but he remains unshaken.

More importantly, we expect our portfolio companies to continue to grow and create value. The recent reporting season suggests our companies remain on track, though we did close a small number that didn't prove up to scratch. It’s helpful to remember that multiple-contraction only happens once, while compound growth can go on indefinitely, at least over any relevant human timeframe.

Frazis takes time in this letter to discuss the SPACs boom happening in the US and why he sees them as a blessing in the face of "arduous" listing processes and difficulties dealing with investment banks. Frazis highlights the value that SPACs provide in allowing founders of companies to get to market much quicker than the traditional IPO process while skipping strict restrictions on audited financial accounts and revenue forecasts.

Despite his admiration for the special investment vehicle, Frazis is not unaware of the benefits of the traditional process, including in-depth due diligence and auditing from respected institutions.

There are now several listed battery companies with no batteries for sale. Multiple flying car companies with no flying cars. And many marketing 2025 revenues - but nothing until then. All these seem to be valued at billions of dollars, while no doubt requiring vast additional amounts of capital to have a small shot at winning what might be a large market.

Overall, lower barriers mean good companies coming to market sooner, and this allows for investors to access the returns of companies during their most exciting growth years.

In his view: the best companies of today are not doing IPOs, they are merging into SPACs.

1 addition to the portfolio and 2 underweight sectors

What entices Frazis is the rapid growth already seen by the service, with the platform growing over 80% p.a, trading around 10x CY21 EV/Sales and grew its subscriber base 13 times in 2020.

The fund has been a beneficiary of exposure to renewables and software but over the past six months, they have been reducing these positions.

Renewables have been particularly hard hit over the last few weeks, perhaps as so much capital has been sucked up by all the shiny new green SPACs. The 3 - 5 year story in is still there, you just need to make sure you are buying at appropriate values.

If the sell-off continues they plan to add to some software names like Twilio and Shopify, but remain patient for better valuations to become available.

From the key points extracted above, it is clear Frazis remains bullish on the high-growth stocks that have already brought him so much attention.

These highlights only comprise three of the many points of discussion from the firm's recent strategy update. For the full insights of portfolio manager Michael Frazis please read the full letter here.

S
SR V
18th Mar, 21
When you're looking at an index (the tech-heavy NASDAQ) that has more than doubled from its pandemic lows, is close to its all-time highs, with many constituents having done a lot better than that, can you really say that a 10-20-30% dip suddenly makes these businesses attractively priced, especially with the underlying rates regime inflecting higher?

Nicholas Plessas
18th Mar, 21
Great point SR, but consider how low some of valuation multiples of these companies have fallen. From an FY21 EV/Sales perspective these companies may appear attractive. I believe those bullish on tech see this compression as rare opportunity to buy in, expecting their prices to run long beyond this point.

Get investment ideas from Nicholas Plessas when you sign up to Livewire Markets.