Ignore the Buzz... but don't underestimate the importance of innovation 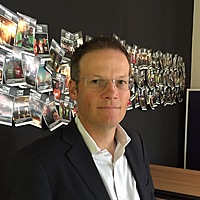 It is difficult to consider Australia’s economic future without considering the extraordinary technological change that is impacting industries, the economy, indeed society itself, at an accelerating pace and in ways that are hard to foresee. As a high cost, low productivity nation, our goal must be to harness innovation, as the ultimate driver of productivity and of the standard of living of all Australians.

Technological change is occurring at unprecedented speed. In a recent report by A.T. Kearney, twelve disruptive technologies were identified – from the Internet of things (know as ‘IoT’ and referring to the interconnection of common devices via the internet) to 3D printing, energy storage, artificial intelligence, genomics and quantum computing – each capable of eroding or even eliminating entire sectors of the Australian economy. However, this is not the end of days; not even the beginning of the end. Perhaps this is the end of the beginning, as we enter a new golden age with limitless opportunities. These very same technologies, offer equally unprecedented opportunities to an imaginative and adaptive economy, and Australia is not so far away from being just such an economy.

Innovation encompasses the incremental improvements that successful businesses – large and small – seek out every day, doing little things better; through to ‘moon shot’ innovation creating whole new industries. A recent study of the kinds of innovation in the US economy concluded that most productivity growth comes from existing companies improving existing products, services and processes. This productivity improvement, across the entire economy, is the key driver of economic growth and improving living standards. As Joseph Schumpter, one of the most influential economists of the 20th century, said, “Innovation is the outstanding fact of the economic history of capitalist society… it is largely responsible for most of what we would at first sight attribute to other factors.”

Australia is a nation of innovators, we always have been. Our geography and isolation have shaped us. Australians have been leaders in both maritime and aeronautical fields, including powered flight, the black box flight recorder, the inflatable escape slide, the wave-piercing catamaran and the winged keel (thank you Ben Lexcen). In the fields of agriculture and mining, Australians have invented the grain stripper, the stump jump plough, mechanical sheep shears, the Dethridge water wheel, the froth flotation ore separation process, and the buffalo fly trap. Australia has a proud history in defence technology, including the underwater torpedo and most recently hypersonic rocket break throughs. And Australian scientists have invented breakthroughs such as ultrasound, the bionic ear, the electronic pacemaker and WiFi. Our current Australian of the Year is Emeritus Professor Alan Mackay-Sim, a pioneering stem cell scientist.

What is next? The quantum bit and the quantum logic gate have both been invented in our universities in the past five years. And if we believe the visionary Scientia Professor Michelle Simmons, running the Centre of Excellence for Quantum Computation & Communication Technology at the University of NSW, the quantum computer is just five years away. This is truly ‘game changing’ innovation and Australia is a world leader in terms of research. Can we be a world leader in terms of commercialisation – time will tell?

In an excellent piece of research by Spencer Stuart, the authors ask the question: “If ‘necessity in the mother of invention’, do we currently share a sense of urgency and need sufficient to drive us to invent?” One might argue our drive to innovate is limited by simple complacency. Australia is blessed with abundant natural resources; perhaps this is a curse (as it is for many other resource rich nations). And we tend to be introverted as a nation, partly as a result of a geographic isolation. If markets and completion drive innovation, our relative isolation has historically been an inhibitor. The recent success of far smaller countries, such as Singapore or Israel, that do not have the natural resources we have in Australia, in driven in large part by greater ‘innovation efficiencies’.

As Spencer Stuart asks, can corporates learn to dance?

It is not easy for large businesses to innovate. They are not natural hosts for innovation. Almost by definition, they are mature organisations – as Jeff Bezos would say, ‘Day Two’ companies rather than ‘Day One’ companies – having long ago lost their entrepreneurial roots. Many large businesses are built around the idea of 'exploitation' (process management and control) in order to maximise returns in a status quo environment. However, the challenges faced by companies today require 'exploration' - a willingness to experiment and a culture that supports risk taking - things that are at odds with the an exploitation mindset. Startups explore by default in order to create value. Big businesses must learn to do the same.

In order to improve our national levels of productivity and competitiveness and to maintain our economic growth, Australia must:

The buzz around innovation can be distracting. Innovation is not new and is certainly not a bad thing. It can be exciting; it is to ‘Millennials’ because they see limitless potential and they are not wrong. Innovation has always and will continue to improve the living standards of all Australians. It is is the gift we pass onto our children, and for their sake we must embrace it.

Half of H2 Ventures’ founding duo, ex-MD of UBS Global Asset Management in Australia and impassioned believer in fostering an environment where investors and entrepreneurs can succeed together.

Get investment ideas from Ben Heap when you sign up to Livewire Markets.