In a morning update titled, After all the talk, will the Fed walk the walk 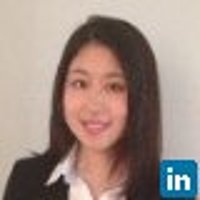 In a morning update titled, After all the talk, will the Fed walk the walk? David Scutt, Treasury Dealer at Arab Bank of Australia, discusses the US FOMC September monetary policy decision due to be released at 4am tomorrow morning. According to Scutt, the AUDUSD has continued to push higher overnight, largely on expectations that the Fed will only announce a small taper. Given that committee members have been pre-conditioning markets for a reduction in asset purchases for months, it would be highly unusual if there isn't at least a tentative reduction, say $10-15bn, at the conclusion of this meeting. Although such an outcome will have little impact on markets since it has already been priced in, it will be interesting to see what Ben Bernanke will have to say, particularly in respect of unemployment, in his press conference following the announcement. (VIEW LINK)

Get investment ideas from Joanne Ma when you sign up to Livewire Markets.