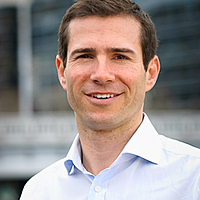 Markets and commentators alike are fixated on inflation, as signs suggest it is coming and will be anything but transitory. Meanwhile, most central banks – including the Reserve Bank of Australia – are of the view that any up-tick in inflation will only be temporary. The bond market, however, has already begun to price in an increase in inflation, with the US 10-year Treasury yield rising 68 basis points to 1.59% for the calendar year to 9 May and the Australian 10-year bond yield rising 65 basis points to 1.63%.

Warren Buffet made the following comments regarding inflation at the recent Berkshire Hathaway AGM:

“We’re seeing very substantial inflation. It’s very interesting. We’re raising prices. People are raising prices to us, and it’s being accepted …. we really do a lot of housing. The costs are just up, up, up. Steel costs, just every day they’re going up … So it’s an economy really, it’s red hot. And we weren’t expecting it.”

Just as Warren Buffett didn't expect to see inflation, we don't believe consumers are expecting it either. Inflation expectations have fallen significantly since the GFC, but the winds of change are here.

Food is perhaps the most obvious commodity where inflation will be quickly noticed by consumers, and this could be soon if a recent report by the Australian Bureau of Agricultural and Resource Economics and Sciences (ABARES) is to be believed. ABARES believes the price of a range of fruit and vegetables could rise between 7-29% due to a drop in supply caused by the COVID-induced absence of Australia's traditional “backpacker fruit pickers”. The Food and Agriculture Organization of the United Nations Food Price Index, which tracks monthly changes in the international prices of commonly-traded food commodities (including meat, dairy, cereals, vegetable oils and sugar) is up 30% year on year and has risen for ten consecutive months. This will have quite an impact on the purchasing power of consumers, particularly in third world countries.

There are certain parallels between the economic and political backdrop of today and that of the 1970s. Housing and commodities were two of the few asset classes that acted as effective inflation hedges then, and we suspect they will similarly perform strongly today. Right now, with inflation rising, borrowing costs reasonable and the supply of homes quite low in some Australian states, the stage is set for homes to once again become an inflation hedge. The housing market in the US and Australia has leapt, and we believe is still in the early stages of this rally.

Meanwhile, over the past year, the copper price has risen 90% to US$4.47/lb, benefiting from strong demand (as government and central bank stimulus drive a recovery in global growth) and weak supply (due to years of underinvestment). With a tight market and a very low starting point for inventories, we believe the copper bull market has further to run. Indeed, Goldman Sachs believes that copper’s critical role in decarbonisation will force the price to US$15,000/t (US$6.80/lb) by 2025 – 50% higher than the current price. According to Bloomberg, Glencore's CEO echoed those thoughts recently, suggesting a US$15,000/t price is required to incentivise new copper projects.

Copper is not the only commodity that is seeing strong price growth, as can be seen from the table below.

Looking more short term, Friday’s US payroll report showed 266,000 new jobs were created against market expectations of around 1 million. But what piqued our interest was the rally in the US market that ensued after the release, with the market simply shrugging off the poor economic news. The conclusion to draw is that weaker employment growth will motivate the US Federal Reserve to extend stimulus and maintain a lower for longer interest rate setting, giving the equity market plenty to cheer about.

We believe higher inflation and higher global debt are here to stay. But the day of reckoning is still some way off.

........
The content contained in this wire represents the opinions of the authors. The authors may hold either long or short positions in securities of various companies discussed in the article. This commentary in no way constitutes a solicitation of business or investment advice. It is intended solely as an avenue for the authors to express their personal views on investing and for the entertainment of the reader. This information is issued by Bennelong Funds Management Ltd (ABN 39 111 214 085, AFSL 296806) (BFML) in relation to the Bennelong Kardinia Absolute Return Fund. The Fund is managed by Kardinia Capital, a Bennelong boutique. This is general information only, and does not constitute financial, tax or legal advice or an offer or solicitation to subscribe for units in any fund of which BFML is the Trustee or Responsible Entity (Bennelong Fund). This information has been prepared without taking account of your objectives, financial situation or needs. Before acting on the information or deciding whether to acquire or hold a product, you should consider the appropriateness of the information based on your own objectives, financial situation or needs or consult a professional adviser. You should also consider the relevant Information Memorandum (IM) and or Product Disclosure Statement (PDS) which is available on the BFML website, bennelongfunds.com, or by phoning 1800 895 388 (AU) or 0800 442 304 (NZ). Information about the Target Market Determinations (TMDs) for the Bennelong Funds is available on the BFML website. BFML may receive management and or performance fees from the Bennelong Funds, details of which are also set out in the current IM and or PDS. BFML and the Bennelong Funds, their affiliates and associates accept no liability for any inaccurate, incomplete or omitted information of any kind or any losses caused by using this information. All investments carry risks. There can be no assurance that any Bennelong Fund will achieve its targeted rate of return and no guarantee against loss resulting from an investment in any Bennelong Fund. Past fund performance is not indicative of future performance. Information is current as at the date of this document. Kardinia Capital Pty Ltd (ABN 20 152 003 186) is a Corporate Authorised Representative of BFML.
save