Investing against the crowd 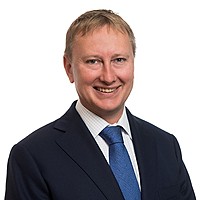 The first thing you learn about being contrarian is that humans don't normally like to act this way. As the cartoon suggests, we're a social animal. We like to stick together. When we were all living in the jungle and someone yells, "Run! Lion!" it’s the contrarians that get eaten. In general, it's a good idea to follow the expert opinion, but there are exceptions to that rule, and it turns out investing is one of those exceptions. The reason for that is that stocks actually don't respond to outcomes. They respond to the difference between outcomes and what those outcomes were expected to be.

If a stock is expected to have spectacular earnings, and the company duly delivers, the share price won't move much because the outcome matched the expectations. In contrast, if you've got a stock where everyone's expecting the earnings to be terrible, and the earnings turn out to be just bad, the stock will actually move up because the outcome was better than what people were expecting.

You have seen examples of this throughout history

The Orbis funds invested in Toyota about six or seven years ago, after they had a big vehicle recall. We went away and looked at other instances of car companies where they have had to recall cars, and what we found was that it impacted sales and the brand over a few years, but over the long term the brand tended to recover, and so did sales.

Anadarko was the junior partner in BP's Macondo well in the Gulf of Mexico that suffered a very big oil spill, during which both companies suffered share price declines. However, as Anadarko didn't operate the well, they didn't have to pay any of that fat tail of litigation that hampered BP for many years after that event, and as such recovered a lot faster than BP did.

The Orbis funds bought Apple just after Steve Jobs passed away. The whole market was obsessed with Steve, and everyone was asking how Apple was going to cope without such a visionary person running the firm. We knew the other managers at Apple well. We believed they were highly competent, and the company had plenty of growth left in it. At the time, the iPhone was only available on one mobile phone network in the U.S., the iPad had only just been launched, and the iPhone hadn't gone anywhere near China yet. You could buy the company at ten times earnings, just because people were worried about how it would cope without Steve.

Most of our companies don't make the front page of the newspaper, but generally something has gone a bit wrong with them that's caused other investors to get scared and sell us the shares at low prices.

Where have the Orbis funds seen opportunities today?

A good way to get a feel for the kind of opportunities the market is offering up at the moment, is to look at some of the newest stocks the Orbis funds have purchased recently.

This slide shows you a picture of Honda's fundamentals over time. The shaded blue bars at the back are Honda's revenue going back 40 years, and the dark blue line is Honda's market cap. If you peer down into the bottom right hand corner, you'll see Tesla's revenues, and the red line is Tesla's market cap. The curious thing about the market today is that it's saying Honda and Tesla are worth about the same, despite the fact that Honda has got more than 10 times the revenue of Tesla.

Price to revenue: Honda vs Tesla The market is very scared about the impact of electric vehicles on the traditional car makers. That, coupled with the fear that the U.S. car cycle is near its peak, has caused most of the car makers to become available at low prices. For example, if you look at General Motors, Ford, Toyota, Honda, VW, BMW, they're all available for PEs that are either low double digits or high single digits. We picked Honda because it has a couple of things that are special.

The first is that the degree of pessimism built into Honda's share price is quite extreme. The graph shows you Honda's price to book going back over its history, and you can see on average it trades at around about 1.8x. Every now and then, the market gets a little worried about the company and it sells down around 1x book value. For example, if you look at A and B on this chart, A was the default of Lehman Brothers, and B was the period where the yen strengthened a lot. That was very tough for Honda because it makes most of its cars in Japan. C on this chart shows you the Tohoku earthquake, and D on the chart is a very big airbag recall that impacted Honda.

What the stock market is saying today is that the future for Honda looks as bleak as it was during the depth of the global financial crisis. Over the course of our long term investment horizon, we believe the market will come to realise that was a massive exaggeration. Honda has something that most other car makers don't, a very big motorcycle division. If you look at the car industry, margins tend to be low and quite cyclical. The motorcycle business is much more concentrated, with the top three dominating the market, so margins tend to be higher and much more stable.

If you strip the value of the motorcycle business out of Honda's valuation, you find you're paying close to 5x earnings for its car business, which we think is good value in the current market environment.

You can't understand Naspers without first understanding the Chinese internet giant Tencent. In western terms, you can think about Tencent as a combination of WhatsApp, Facebook, the App Store, Deliveroo, Uber, and PayPal. In the last two and a half years, the average number of minutes a person has spent online in China has doubled. Tencent has managed 57% of those minutes, a remarkable level of dominance. While Tencent’s dominance would not be allowed in places like Australia or the U.S., the rules are different in China.

They have been remarkably effective at exploiting its dominance. It's grown revenues over the last 10 years at about 40%. If all goes well for Tencent, then looking forward, one would expect those revenues to continue to grow, driven both by continued improvements and internet access, and also by Tencent's continued improvement in its ability to extract revenues from its properties. That all sounds wonderful. Dominant company, good historical growth, good future growth, what's not to like? And that's the problem with Tencent. Everybody knows this. It's not a secret. If you want to buy Tencent today, you have to pay 40 times earnings to buy it, and that's a high price.

Naspers: Tencent at a discount Fortunately, Naspers has a stake in Tencent. Naspers is a South African internet company, who run both a collection of businesses, including a monopoly position in pay TV in Southern Africa, as well as a stake in Tencent. If you add the value of those businesses, together with their stake in Tencent, the Orbis funds have effectively bought Tencent at a 45% discount. We believe Naspers offers a good opportunity to access Tencent’s growth potential over our long term investment horizon.

The most lucrative ideas are often in unpopular or ignored areas. We’ve proved there’s profit where others see losses. Find out more

This article represents Orbis' view at a point in time and provides reasoning or rationale on why we bought or sold a particular security for the Orbis Funds. We may take the opposite view/position from that stated in this article at any time. This is because our view may change as facts or circumstances change. This article constitutes general advice only and not personal financial product advice, and does not take into account the investment objectives or needs of any person. The Orbis Funds may deal in the securities mentioned in this article before/ after it is published.

Graeme joined Orbis in 1997 as an analyst, and has worked in the areas of risk management, quantitative analysis, and Australian equities. He holds a doctorate of Philosophy (University of Cambridge), and is a Chartered Financial Analyst