Housing and other markets in a time of QE 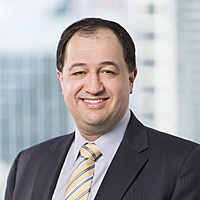 In this special report for Livewire, we look at what QE could look like in the context of the Australian market, and its potential flow-on effects. These include a steeper yield curve and a push into riskier assets such as equities and lower-rated debt.

We also look at the scale and duration of gains in residential property prices that have been seen in other markets that have experienced QE.

How likely is a US recession?

We believe a global recession is likely to be led by the US and our main warning signs are coming from the shape of the yield curve and weakness in manufacturing. Having said that, it wouldn’t take a lot to tip some of the other indicators into the warning zone. The most likely guide to how QE may be used in practice in Australia is to read what the RBA has said in recent speeches and the Q&A sessions that follow.

RBA deputy governor, Guy Debelle suggested in his speech 'Lessons and Questions from the GFC' that the short end of the curve has more influence on borrowing rates in Australia (given our reliance on floating rate mortgage debt) than the longer end of the curve (as would be the case in the US, which relies more on fixed-rate mortgages).

This might suggest that a more traditional style of QE enacted by purchasing government bonds may not be the first or most effective method of QE implementation in Australia, and other measures affecting short-maturity interest rates may be more appropriate (similar to what we saw the ECB do initially as it implemented its non-standard monetary programs). In Australia, it’s quite possible that some form of direct funding to banks or the use of longer-term security repurchase (REPO) programs may be the starting point for the RBA.

Phil Lowe, RBA governor, has since suggested that the purchasing of government bonds may well be appropriate although it’s more likely that a combination of measures could be more successful.

We would interpret this to include measures such as forward guidance (similar to the US Federal Reserve’s (Fed) lower for longer guidance) and direct bank liquidity measures (such as repo facilities) as a first step and then, if necessary, to use the RBA’s balance sheet to purchase government bonds.

It is also possible that they could directly purchase mortgage-backed securities (RMBS) as this was done during the financial crisis, from late 2008 to 2013, in order to stabilise the domestic RMBS market and support the mortgage market more broadly (although this was done by Australian Office of Financial Management (AOFM) rather than the RBA).

The size and timing would very much depend on the circumstances leading to QE being implemented, but offshore experience would dictate that it needs to be substantial relative to the size of the market and once started it’s not an easy policy to unwind as markets become dependent on the central bank as a buyer of last resort.

Some likely impacts on markets

The impact on fixed income markets is perhaps more direct and timely than other markets and we can look at offshore markets for guidance. The most immediate effect would be to lower the implied cash rate to zero or below and to lower the entire rate structure across the government curve.

Contrary to popular opinion, which suggests a flatter government yield curve from QE, evidence points towards steeper yield curves during periods of QE. This idea can be seen in the Chart 1 for the US, where the green shaded areas show periods when QE was in operation with the curve steepening and in the blue shaded areas when QE was taken off and the curve flattened. Overall borrowing costs for non-government issuers should be lower and credit easier to obtain. This should move investors away from low or negative-yielding assets into more risky and/or less liquid assets such as equities and lower-rated debt.

One of the main aims of stimulatory monetary policy is to lift consumer spending and reduce savings. This has been less obvious in most economies using QE, however, consumer spending may well be better than might have otherwise been the case without QE.

Interestingly, one of the observed effects for consumers has been the effect on real asset prices such as housing as the start of QE programs has often coincided with higher house prices, which is reflected in German and US house prices (Chart 2) increasing from 2011 onwards. Given the sensitivity of Australian housing to lower rates, we would expect house prices to also increase from QE.

Bear in mind QE would have recession as a backdrop

Given that we believe QE in Australia is only likely in the context of a global recession, things may be different for investment markets than during the US and European experience of QE.

In a recession, you would generally expect interest rates to fall across the curve, yield curves to steepen and risk assets to perform poorly, whereas generally we have seen risk assets including equities and credit do relatively well during periods of QE — driven partly by lower discount rates and partly by better market liquidity.

Written for Livewire by Darren Langer and Chris Rands

Darren is highly regarded in the fixed income industry and is regularly featured in the press. He is also co-host of the popular Australian podcast series The Rate Debate. He has more than 30 years’ experience in fixed income markets and 25 years...