Investing in the energy transition (and the companies leading the way) 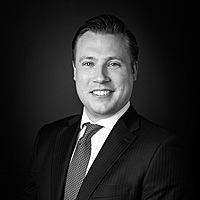 The key benefits of long-term thematics are:

Getting to net-zero over the next 3 decades requires approximately US$130 trillion in clean energy investment from now until 2050, according to the International Renewable Energy Agency.

The transition involves more energy storage and a higher uptake of electric vehicles, both of which will create a higher demand for batteries, specifically lithium-ion batteries.

Figure 1: Total mineral demand is expected to increase significantly with the energy transition

We believe one of the best ways to play this thematic is through the minerals and metals that will be in high demand as we progress through this decade and beyond.

We believe the market has not fully quantified the volume of required commodities accurately in relation to the transition, and many battery mineral miners are still undervalued relative to potential growth of their underlying commodities.

Lithium on the Charge

Figure 2: Lithium price has rallied over the past 12 months

We don’t believe lithium supply can keep up with this level of demand growth. Lead times for lithium mines (from discovery to production) can take 5+ years, so there is no quick fix. If demand can grow at the market’s expected pace, this could lead to large supply deficits from 2025 onwards.

Figure 3: Lithium is expected to be in a large supply deficit by 2030

Figure 4: Lithium prices are expected to fall significantly over the next few years; we think the fall will be less severe

What about other types of battery technology?

When looking at the mineral mix in batteries, all roads still lead to lithium as the core base of battery technology over the next decade. We do not see an alternative to the lithium-ion battery (and hence lithium) in decarbonising the global auto fleet.

There is more uncertainty for graphite, nickel and cobalt in relation to the battery mix; all could be used with lithium as standalone options for battery technologies.

While we do not expect lithium prices to remain elevated at these levels over the next 12 months, we believe they will be significantly higher than consensus, which is currently pricing at ~US$36,000/t (vs. spot of US$73,500/t).

If this is the case, there should still be significant upside to AKE’s earnings, leading to analyst upgrades.

Longer term, if the supply deficit is to be believed, we think consensus long-term lithium prices are far too low, and this is also a bullish scenario for AKE’s earnings and cash flow.

We prefer lithium miners, like AKE, who are currently producing lithium. We are more sceptical about the small-cap non-producers. We believe there is more exuberance in the non-producers, and valuations may have overshot fair value.

Copper – A Critical Input for a Greener Economy

Copper is a popular base metal that is favoured for its electrical conductivity and its low reactivity. The metal is widely used in building construction, infrastructure, electronics and wiring, transportation equipment, consumer products and machinery.

While demand for copper is cyclical in nature, given its wide range of industrial uses, decarbonisation is set to underpin structural growth in demand for the metal. Large quantities of copper will be needed to modernise electrical grids and energy infrastructure, build new solar and wind energy generation capacity and manufacture a growing fleet of electric vehicles (EVs).

Figure 7: Copper is expected to be in a supply deficit post-2025 due to the energy transition

EVs typically require around 3x more copper than comparable conventional internal combustion engine vehicles. Solar and offshore wind require an estimated 2x and 5x, respectively, more copper per megawatt of installed capacity than popular fossil fuel energy sources. Therefore, we expect there to be an abundance of demand for copper over the long term. By 2035, copper demand is expected to nearly double to 50m metric tons. By 2050, the demand for coal will exceed 53m mt. Putting this figure in perspective, that's more copper than the world consumed over the last 120 years.

Increased copper demand is expected to outpace new supply given the shortfall of existing production volumes and committed projects in the pipeline.

There is a long lead-time involved between discovery and production, with lead times averaging 17 years according to the IEA.

OZL recently rejected an indicative takeover proposal from BHP at A$25 per share. We remain optimistic that further bids will emerge at a larger premium.

Oil & Gas in the Transition

Lowering emissions is a complex long-term global issue. The outlook for turning emissions around is likely to be a mix of energies, not one solution.

Renewable energies, increased efficiency, and a variety of innovative technologies are all needed.

Natural gas is also required. Gas burns more efficiently than coal or oil and emits significantly fewer greenhouse gases than other fossil fuels while being a reliable source of energy. Gas will play a key role in providing reliable ‘baseload’ power to supplement more intermittent solar and wind during the transition, at least until energy storage improves. Typically, global infrastructure is better prepared to transition to gas than renewables at present, making it more cost-effective for countries in the short-term. Thus, it can play a crucial role in supporting the transition to renewable energy.

According to the International Energy Agency (IEA), natural gas will have a greater share of the global energy mix in the future as oil and coal's relative share declines and renewables increase.

Figure 8: The energy transition is not expected to lead to demand destruction of oil and gas

By the mid-2030s, the IEA predicts natural gas will replace coal as the world's second most important energy source. The gas supply will need to grow significantly to meet current commitments.

Oil and gas capex has fallen over the last 8 years, we think the current demand-supply dynamics are favourable for oil and gas prices over the medium-term, especially in an environment where demand can remain steady through the transition.

Figure 9: At current spot prices, there is significant upside to consensus forecasts for FY23/FY24 EPS

Other Stocks to Play The Thematic

WILSONS think differently and delve deeper to uncover a broad range of interesting investment opportunities for their clients. To read more of our latest research, visit our Research and Insights.

........
About Wilsons: Wilsons is a financial advisory firm focused on delivering strategic and investment advice for people with ambition – whether they be a private investor, corporate, fund manager or global institution. Its client-first, whole of firm approach allows Wilsons to partner with clients for the long-term and provide the wide range of financial and advisory services they may require throughout their financial future. Wilsons is staff-owned and has offices across Australia. Disclaimer: This communication has been prepared by Wilsons Advisory and Stockbroking Limited (ACN 010 529 665; AFSL 238375) and/or Wilsons Corporate Finance Limited (ACN 057 547 323; AFSL 238383) (collectively “Wilsons”). It is being supplied to you solely for your information and no action should be taken on the basis of or in reliance on this communication. To the extent that any information prepared by Wilsons contains a financial product advice, it is general advice only and has been prepared by Wilsons without reference to your objectives, financial situation or needs. You should consider the appropriateness of the advice in light of your own objectives, financial situation and needs before following or relying on the advice. You should also obtain a copy of, and consider, any relevant disclosure document before making any decision to acquire or dispose of a financial product. Wilsons’ Financial Services Guide is available at wilsonsadvisory.com.au/disclosures. All investments carry risk. Different investment strategies can carry different levels of risk, depending on the assets that make up that strategy. The value of investments and the level of returns will vary. Future returns may differ from past returns and past performance is not a reliable guide to future performance. On that basis, any advice should not be relied on to make any investment decisions without first consulting with your financial adviser. If you do not currently have an adviser, please contact us and we would be happy to connect you with a Wilsons representative. To the extent that any specific documents or products are referred to, please also ensure that you obtain the relevant disclosure documents such as Product Disclosure Statement(s), Prospectus(es) and Investment Program(s) before considering any related investments. Wilsons and their associates may have received and may continue to receive fees from any company or companies referred to in this communication (the “Companies”) in relation to corporate advisory, underwriting or other professional investment services. Please see relevant Wilsons’ disclosures at www.wilsonsadvisory.com.au/disclosures.
save

Rob joined Wilsons in 2020 as an equity strategist within the Investment Strategy Group. The group focuses on global asset allocation, international and Australian equity portfolios and multi-asset portfolio construction. Rob supports the...