Is this the most capital light business on the ASX? 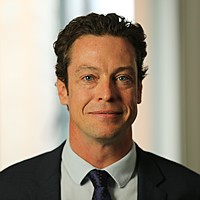 Deterra (ASX:DRR) is one of the newer entrants to the ASX, having been de-merged from Iluka Resources (ASX:ILU) in November last year. It also offers something new to investors in that it is the first pure play mining royalties company to trade on the local exchange despite our resource heavy index. Deterra’s cornerstone asset is 80% of a royalty stream owned since 1994 over Mining Area C (MAC), an enormous block of land in WA that contains the MAC iron ore mine being mined by BHP. Iluka retained a 20% ownership stake in the asset.

BHP currently produces 57 million tonnes of iron ore per annum from the ‘North Flank’ mine of MAC. BHP has been in the process of opening a massive extension to the mine - ‘South Flank’ which they announced had now been completed and hit first production last week. This extension will ramp up over the next 2 – 3 years to a combined 145 million tonnes of iron ore in ongoing annual production. The two areas are forecast to continue production for at least 30 years. A quick video BHP put out on this project can be viewed via the following link.

Although mining royalty companies are new to most Australians, there are a number that trade offshore, namely in the US and Canada and are heavily gold based. The largest is Franco Nevada (TSE:FNV), listed in Toronto. Franco has a $36 billion market cap and contains a basket of 374 royalties. One thing that struck us is how well these companies have performed, particularly versus the companies mining their ground. Royalty companies have outperformed global miners by over 300% through the last decade:

The financials of this company are also unique. In the first half of the financial year, the company reported underlying EBITDA of $47.8m at a phenomenal EBITDA margin of 97%. This is unheard of and reflects the fact that there is virtually no cost to the company in earning this revenue, BHP takes on all the risk and capital spend required. The company's ROE is over 500%.

We believe that Deterra must be one of the most capital light businesses we’ve ever come across. The good news is this is going to get even better, as production ramps up so does the revenue and so will the margin.

There are two key factors outside the businesses control though; the iron ore price and the AUD which will determine revenue received per tonne. Iluka provided the table below last November based on 2023 production guidance, which gave us a range as to what to expect... The iron ore price has changed significantly since however with the spot price doubling.

The company has since released some sensitivity analysis which will give investors the ability to plug in their own forecast, given it really is a bit of a guessing game where iron ore moves from here; 2 years is a long time in this market! As an example, using a constant currency and US$120 iron ore price the total EBIT the royalty generates should be ~A$270m.

Deterra has been spun off with a very conservative balance sheet (pro forma net debt of $14 million) and a clear dividend policy of paying 100% of profits to shareholders.

They are planning on acquiring new royalty streams for the company but we believe they are just as likely to be acquired themselves.

Quality royalty streams are tightly held, and few come to market. Using a relatively conservative 2023 iron ore price assumption the company could pay a dividend well in excess of 10%. Having had a look at some of the larger listed royalty companies offshore we are convinced that Deterra owns one of the highest quality mining royalty streams in the world. We base this on:

For those looking for growth, with an attractive yield, this company may be one to consider. We have bought a holding in Deterra across our Individually Managed Accounts (IMA) as well in the TMS High Conviction fund.

TMS Capital is a boutique, Private Wealth Advisory firm specialising in managing direct investments. For more information, fill in the contact form below or visit our website.