Keppel DC REIT: When the data adds up the income flows 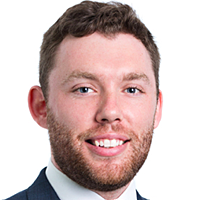 When Keppel DC REIT (AJBU.SI) listed on 12 December 2014, it appeared different, at least when compared to a typical property trust. The company’s share price has increased almost 50% since listing, and while such a price rise might have some people questioning how expensive it is, there are plenty of reasons that support its valuation. Keppel DC - the “DC” stands for data centres - is an unusual beast, a real estate investment trust (REIT) with all the safety and predictability of income a REIT implies, plus the kind of growth typically offered by a higher risk opportunity, but without so much risk.

This emerging industry’s growth prospects were covered in our story: Data centres: Property trusts’ next big thing. The abridged version reads as follows: data usage is growing exponentially and with it, demand for data centres; these facilities are specialised operations with high barriers to entry; rents can be almost 10 times that of prime factories and warehouses as a result; and finally, Keppel DC is well positioned to become a global industry leader.

The company offers one of the few ways to get exposure to this new kind of emerging real estate asset class. But there’s more to it than that. Here are three reasons why we find this REIT so attractive:

Data centre REITs have two business models. The first entails leasing out a building to a data centre operator via what’s known as a triple net lease. For example, under this arrangement Keppel DC will let out the building to an operator on a long-term lease and assume no operating risk. The operator is responsible for leasing out data racks to the end user and pays for the maintenance, taxes and insurance. This delivers earnings certainty to Keppel DC but limits any rental upside to the agreed annual review, which, if available, is captured by the operator.

The second option involves Keppel DC renting data racks directly to the client, cutting out the operator altogether. The rent charged is determined by floor space, number of data racks and power usage and clients install their own servers and technology. Known as co-location, the REIT carries more operational risk but enjoys the prospect of higher rents if the manager is skilled at meeting clients’ needs.

What we like about Keppel DC REIT is that it does both. Long dated, triple net leases averaging 11 years in length, growing at around 4% per annum account for seven of Keppel’s 13 data centre locations. The remaining six operate under the co-location model, featuring lower occupancy and lease expiry but with regular rent increase plus a percentage of earnings.

The triple net lease arrangement removes the cyclicality in earnings typical of traditional commercial property, where lease terms may revert to market every two to three years. The co-location agreements, meanwhile, offer rental upside (and potential downside) due to their shorter leases, allowing the REIT to capture the benefits of higher rents if the demand for data centre services increases.

We’re confident that will be the case, and Keppel will be more profitable as a result.

Keppel DC is not cheap. If we’re going to pay up for the growth potential it offers we want assurance that the managers charged with capturing that potential are going to make a good fist of it.

There’s good evidence that they will. Keppel DC REIT listed with a gearing ratio of just 27.8% when the weighted average cost of servicing that debt was just 2.2%. This allowed the business to acquire more assets producing yields at rates higher than the cost of the debt used to acquire them. Since listing, Keppel has acquired five additional data centres, four of them debt funded. At the time of purchase, these data centres produced yields of 6.5% to 10.50%.

The difference between these figures and the debt cost is returned to investors by way of higher distributions per unit (see table below). These acquisitions have seen distributable income increase by 17.6% since the IPO.

An impressive track record doesn’t guarantee a repeat performance in the future but Keppel DC has an advantage that increases the chances of it. Through its relationship with sponsor Keppel Telecommunications & Transportation Ltd, which, over the past 12 years has specialised in developing data centres, Keppel DC REIT gets first dibs when they’re put up for sale.

It’s a useful but not dependent relationship. Of Keppel DC’s five acquisitions since listing, five have been from vendors other than its sponsor. This is not spoon feeding. Management is quite capable of sourcing its own deals and path to growth.

3. Debt not a danger

Over-leveraged property trusts could be caught out by rising interest rates. Those most exposed are best avoided. This isn’t a concern with Keppel DC. After a recent capital raising, gearing is now lower than at listing, even after recent acquisitions. At 27.7%, it’s gearing is 6.5% lower than the average of Singapore’s REIT sector (34.2%).

The market has quickly latched on to Keppel DC’s first-rate management, growth prospects, manageable debt, and the prospect of regular rent increases. It now trades at a premium to its Net Tangible Asset value (NTA).

Ordinarily, that would put us off. But this is a unique asset class. Other Singapore-listed industrial REITs may own data centres but only Keppel DC REIT offers pure exposure to this rapidly growing sector with exceptional economics.

Generation Healthcare REIT, a former Australian-listed Healthcare REIT bought by Northwest Healthcare earlier this year, offers an insight into how this kind of footprint in an emerging sector can play out. Trading at a 33% premium to the value of its NTA before the takeover, Northwest ended up paying a 49% premium to NTA to gain full ownership.

This is not to predict a similar outcome. But with a current yield of 5.20%, substantial capacity to acquire more data centres that should increase dividends per unit, plus a conservative cap rate of 8.5% we’re happy to sit on our holding in the business and see how things play out, enjoying the rising dividend stream while we wait.

Before APN, Patrick worked for Pitcher Partners Investment Services as an associate Research Analyst. Patrick undertook research on the AREIT, Transportation & Infrastructure sectors to give investment recommendations to a team of financial advisors.

Get investment ideas from Patrick O'Reilly when you sign up to Livewire Markets.