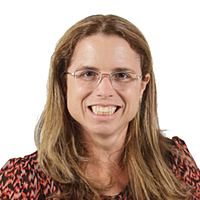 The explosion of COVID-19 cases in early 2020 saw economic uncertainty hit the markets. Volatility spiked and equity markets fell sharply – the S&P/ASX200 almost halved in value over the 22 trading days from February 21st.

In Australia, reporting season had just finished, yet we quickly saw earnings guidance retracted and announced dividends cancelled before their pay date (to our knowledge, no company had ever before cancelled a dividend after it was announced).

It quickly became apparent that many companies would likely require additional cash - and quickly. In response, on 31 March last year, ASIC and the ASX announced a "temporary emergency capital raising relief," unprecedented regulatory changes that allowed capital to be raised rapidly and in larger amounts, (most notable was an increase from 15% to 25% for share placements). At the same time, ASIC guided (but did not demand) financial institutions to withdraw or defer dividend payments, in an attempt to retain capital to support the upcoming economic downturn.

Almost immediately there was a large jump in capital raisings – in April alone 26 companies in the S&P/ASX300 issued new stock. By the end of 2020, 104 of these companies had undertaken raisings - the highest-ever number of companies to raise equity in a single year - totalling almost $40 billion (1).

Large firms that raised capital during this period included:

While raisings occurred across all sectors, they were overrepresented in Consumer Discretionary and Real Estate as many companies in these sectors such as retailers, hotels, educators and shopping centres (as mentioned above with Vicinity) faced even higher uncertainty of earnings and cash flows.

But undoubtedly, the hardest hit were travel-related firms including Flight Centre (ASX: FLT), Qantas (ASX: QAN) and Sydney Airport (ASX: SYD), who all raised capital out of necessity as domestic and international travel dropped to near zero.

While corporates needed to raise capital, investors who supported these raisings need to have some belief or likelihood that their investments would perform well.

Next, we look at whether investors were indeed successful in participating.

How did COVID raisings perform?

Participating in raisings during 2020 has been profitable, with 75% of these S&P/ASX300 companies outperforming the market over the following month (with an average return excess to the S&P/ASX200 of 13%). However, as the chart following shows, much of this outperformance occurs in the first few days.

Following this initial spike in performance – having purchased the stock at the issue price - returns have either drifted downwards (median) or stayed flat (mean) for at least the 50 days following the raising. (Note that mean and median here are equally weighted.)

As noted, however, this performance is measured using the issue price – the discounted price at which the new shares could be purchased. Equity raisings are usually conducted at a discount to last price or volume-weighted average price (VWAP), as an enticement to participate. In 2020, the average discount to the last traded price was larger than normal, to increase the incentive, at around 10%.

If we reset the chart above to use last price prior to the raising rather than discounted capital raising price, the performance is more grim - two thirds of these stocks underperform with an average excess return of -1.3% (see chart below).

This provides an interesting demonstration of the two sides of equity capital raisings:

So, the investment rule should be to take up profitable capital raisings at the issue time, but be underweight firms that raise capital, on average. This result also appears to depend on the market conditions at the time, as we will see below.

While 2020 was a record year for the number of companies undertaking a raising, the total amount raised was far less than in the global financial crisis (GFC) peak of 2009. This is because few very large companies raised capital in 2020 whilst they dominated in the GFC (in 2020 over 90% of raisings were made by companies outside of the S&P/ASX 50 leaders). For example in 2008-09, each of the four big banks raised - Commonwealth Bank (ASX: CBA) and ANZ Bank (ASX: ANZ) twice. In 2020 only National Australia Bank (ASX: NAB) raised funds and this was done concurrent to paying a dividend.

As the chart below shows, returns post raising in 2020 were far greater than is historically seen (with the exception of 2009), this stronger performance in the two crisis periods reflects the market's confidence in both the firm’s ability to successfully complete the deal and a reduction in the company’s uncertainty over the short term.

On the other hand, in ‘normal’ market conditions (for example, from 2013 to 2017), while the post raising returns are positive, they are countered by more opportunistic raisings. For example, a company might issue new shares when their share price is very high or raise funds for nonspecific purposes (such as ‘future growth opportunities’). The market tends to less favourably reward these type of deals, and these types of raisings tend to underperform in the longer term.

The chart following shows that over the longer term, COVID raisings have performed better than other time periods. One, six and 12-month returns are better for the COVID period than for the others shown.

This performance in 2020 is exaggerated by the dominance of small companies raising capital. Small-cap stocks significantly outperformed during this time (the Small Ordinaries returned 9.2% in 2020 versus 1.4% for the S&P/ASX200). If these smaller deals were measured against the Small Cap benchmark (rather than the S&P/ASX200) they would show similar outperformance more in line with history.

The chart above also suggests better performance outcomes in the longer term in more normal markets (given the stronger long term performance of the post GFC period versus the GFC).

This is likely to be due to various deal characteristics that are more prevalent in non-crisis markets. For example, more raisings may be undertaken to fund specific merger and acquisitions, and there might be an increased use of rights issues over placements. Both of these have been shown to more likely have a positive impact on shareholder returns. We will explore these characteristics in an upcoming publication.

So what does Realindex do?

During 2020 we were very involved in raisings in Australia, participating in almost all deals undertaken by companies we hold. This broad participation was based on findings on the overall positive performance (and high success rates) of raisings during the GFC, the last crisis. In most cases we bid for (and received) at least our “pro-rata” allocation which allowed us to maintain our holding in the company without dilution.

In ‘normal’ market conditions when raisings are less frequent and undertaken for different reasons we scrutinise the deal characteristics more closely with a focus on identifying deals to avoid participating in - based on the higher likelihood that these companies shares will underperform post raising.

........
This material has been prepared and issued by First Sentier Investors Realindex Pty Ltd (ABN 24 133 312 017, AFSL 335381) (Realindex). Realindex forms part of First Sentier Investors, a global asset management business. First Sentier Investors is ultimately owned by Mitsubishi UFJ Financial Group, Inc (MUFG), a global financial group. This material is directed at persons who are professional, sophisticated or ‘wholesale clients’ (as defined under the Corporations Act 2001 (Cth) (Corporations Act)) and has not been prepared for and is not intended for persons who are ‘retail clients’ (as defined under the Corporations Act). This material contains general information only. It is not intended to provide you with financial product advice and does not take into account your objectives, financial situation or needs. Before making an investment decision you should consider, with a financial advisor, whether this information is appropriate in light of your investment needs, objectives and financial situation. Any opinions expressed in this material are the opinions of the Realindex only and are subject to change without notice. Such opinions are not a recommendation to hold, purchase or sell a particular financial product and may not include all of the information needed to make an investment decision in relation to such a financial product. The product disclosure statement (PDS) or Information Memorandum (IM) (as applicable) for those registered managed investment schemes mentioned herein that are managed by Realindex (Funds), which are issued by Colonial First State Investments Limited (ABN 98 002 348 352, AFSL 232468) (CFSIL), should be considered before deciding whether to acquire or hold units in the Funds. The PDS or IM are available from First Sentier Investors. CFSIL is a subsidiary of the Commonwealth Bank of Australia (Bank). First Sentier Investors was acquired by MUFG on 2 August 2019 and is now financially and legally independent from the Bank. Realindex, MUFG, the Bank and their respective affiliates do not guarantee the performance of the Fund(s) or the repayment of capital by the Fund(s). Investments in the Fund(s) are not deposits or other liabilities of MUFG, the Bank nor their respective affiliates and investment-type products are subject to investment risk including loss of income and capital invested. To the extent permitted by law, no liability is accepted by MUFG, Realindex, the Bank nor their affiliates for any loss or damage as a result of any reliance on this material. This material contains, or is based upon, information that Realindex believes to be accurate and reliable, however neither Realindex, MUFG, the Bank nor their respective affiliates offer any warranty that it contains no factual errors. No part of this material may be reproduced or transmitted in any form or by any means without the prior written consent of Realindex. In Australia, ‘Colonial’, ‘CFS’ and ‘Colonial First State’ are trade marks of Colonial Holding Company Limited and ‘Colonial First State Investments’ is a trade mark of the Commonwealth Bank of Australia and all of these trade marks are used by First Sentier Investors under licence. Total returns shown for the Fund(s) are gross returns and do not take into account any ongoing fees. No allowance has been made for taxation. Past performance is no indication of future performance. Copyright © First Sentier Investors (Australia) Services Pty Limited 2021 All rights reserved.
save

Raelene has 20 years’ experience in quantitative equities. Prior to joining Realindex, she served as an Associate Director and Senior Quantitative Analyst at Macquarie Securities in Sydney. She has also undertaken and published research on various...