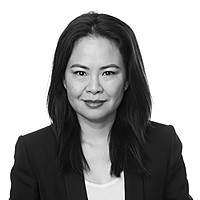 Inflation at 4% is transitory, but with a tight supply chain, inflation might settle higher than 2% next year. The risk of U.S. Federal Reserve (U.S. Fed) tapering by the FOMC at its September meeting is real. So, why did real money buy bonds when the 10-year U.S. Treasury traded just under 1.80%?

The answer is that at 1.80%, the bond yield in early 2021 has priced in the U.S. Fed hiking four times a year, starting in June 2022, to 2.5% terminal U.S. Fed fund rate, the highest interest rate which the U.S. Fed can hike to in each cycle. This would have to be one of the most optimistic paths the U.S Fed can take, including waiting one full year to see average inflation without the distortion of the base effect (the base effect is the distortionary impact on a monthly inflation figure that results from unusually high or low levels of inflation in the year ago month).

The key assumption is the 2.5% terminal rate for the short-term U.S Fed fund target. Why is this level considered optimistic? 2.5% is the median FOMC’s longer-term expectation of the Fed funds’ target rates. For years, bond markets have gotten into the habit of correctly betting that the U.S. Fed’s longer-run median is too high and has to come down. For example, in 2013 at the start of the U.S. Fed signalling a contractionary policy, the U.S. Fed’s median longer-term Fed fund target was 4%. By 2018, the last time the U.S. Fed raised interest rates, the median longer-term rate came down to 2.75%.

In other words, when the bond market prices in the terminal U.S. Fed fund rate very near the U.S. Fed’s own median longer-term rate, it feels fully priced in and bond investors often make money owning bonds.

Still, one might ask, why not wait to own bonds at 2.0-2.5% 10-year yield, rather than at 1.8%? There are a few possible explanations to this. The first explanation is in the forward curve. The path to the peak yield plays out over time. If investors buy bonds at 1.8% 10-year yield in mid-year 2021, it already implies that by year end, the generic 10-year bond yield will be 2%. The second explanation is that the world’s largest bond investors often cannot wait to go long duration at peak yields, especially when the last two peak yields were five years apart. The third possible explanation is that for some asset allocators, bonds have cheapened up relative to equities, which has gotten more expensive when you compare the equity risk premium to the 10-year risk-free bond yield. The diversification benefit has returned.

........
This information is provided by JamiesonCooteBonds Pty Ltd ACN 165 890 282 AFSL 459018 (‘JCB’) and JamiesonCoote Asset Management Pty Ltd ACN 169 778 189 AR No 1282427. Past performance is not a reliable indicator of future performance. The information is provided only to wholesale or sophisticated investors as defined by the Corporations Act 2001 (Cth). Neither JCB nor JCAM is licensed in Australia to provide financial product advice or other financial services to retail investors. This information should not be considered advice or a recommendation to investors or potential investors in relation to holding, purchasing or selling units and does not take into account your particular investment objectives, financial situation or needs. Before acting on any information you should consider the appropriateness of the information having regard to these matters, any relevant offer document and in particular, you should seek independent financial advice.
save