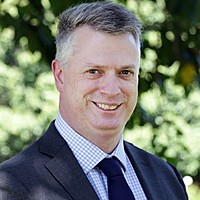 Last month we discussed our thesis for owning Leigh Creek (ASX:LCK). The big news for LCK this month was that it received its maiden 2P reserve certification. This is hugely important, as this certification is “bankable” and thus will allow the project to move into the commercialisation phase. LCK’s initial 2P reserve certification is 1,153 PJ, which makes it the largest uncontracted 2P gas reserve in the East Coast Gas market. It is initial because the reserve only accounts for 1 of the 3 coal seams in LCK’s Petroleum Exploration License 650. As such, LCK’s 2P reserves will increase significantly over time.

So what does all of this mean? The first point is that this is a very large 2P reserve. The 2 charts below put it into context. It is the 7th largest in the East Coast market held by any company, with all of the 6 larger 2P reserves contracted to LNG export. The 2P in the Telford Basin (100% owned by LCK) is similar in size to the current 2P reserves in the Copper Basin and is larger than the Otway, Bass, Gunnedah, Clarence-Moreton, Sydney and Galilee Basins combined. It truly is a very large gas reserve, and obviously very material to the LCK share price. Quality of reserves (PJ) in the East Coast Gas Market as of June 2018. Excludes Surat and Bowen Basins.

LCK has a number of options for the commercialisation of the project: 1) sale of synthetic natural gas via a pipeline into the Australian East Coast market; 2) manufacturing ammonia-based fertilizer product (Urea); or 3) a combination of both as the reserve is so large it can easily do both.

LCK does not have the balance sheet to develop this asset on its own. This will be resolved through a Joint Venture / Farm-in Partner together with some modest capital raisings along the way. LCK has confirmed that it is in active discussions with both financial and strategic partners to execute these strategies. There are many moving parts in all of this, which makes deriving a definitive valuation problematic. What will the syngas transfer price into the Joint Venture be? What will the LCK ownership of the Joint Venture be? These two issues are interrelated. Which of the three options will LCK take? What is the timing etc…? However, any way you cut it, our analysis shows that LCK remains vastly undervalued by the market.

It is estimated that LCK can produce syngas at a cost of $1/GJ. This is the feedstock that is used to produce Urea fertiliser, or it can be processed into pipeline quality gas at a further cost of $4-5/GJ. As a point of comparison, pipeline quality natural gas is currently sold for around $10/GJ in Australia.

The production of Urea is particularly attractive as an option because the cost of the feedstock is so low, and it doesn’t need to be further modified. This compares to the more usual process for Urea production, which takes expensive pipeline quality natural gas and converts it into Urea feedstock gas. We would also note that Australia imports almost all of its Urea, and from an environmental perspective, there is an arguable positive, as it will see LCK convert coal into fertiliser.

Whether LCK ultimately produces Urea or pipeline quality natural gas, the cost of production is so low that it will generate very attractive rates of return regardless of which option is chosen. It will come down to the negotiations with the various potential partners, which places LCK in a strong position as it has the 2P reserves that everyone needs.

Stay up to date with the latest news from Monash Investors Limited by hitting the 'follow' button below and you'll be notified every time I post a wire.

Want to learn more about Pre-IPO and microcap investing? Hit the 'contact' button to get in touch with us or visit our website for further information.