Moving to their own beat: 2 great businesses at a discount 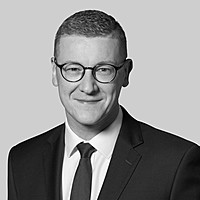 In his 1841 book, Extraordinary Popular Delusions and the Madness of Crowds, Scottish journalist Charles Mackay observed that

“Whole communities suddenly fix their minds upon one object, and go mad in its pursuit; that millions of people become simultaneously impressed with one delusion, and run after it, till their attention is caught by some new folly more captivating than the first.”

Irrational exuberance seems to have gripped capital markets once again, with social media-led short squeezes and rapper-sponsored cryptocurrencies representing the Tulips and South Sea Company of our day. We don’t know when this current bout of risk-taking behaviour will end, but we do know that markets correct frequently, and sometimes violently.

For equity portfolios to survive and thrive in drawdowns, diversification and sources of non-correlated returns are key; indeed Ray Dalio has described achieving portfolio diversification via owning low correlation assets as the "Holy Grail" of investing.

At Cooper Investors, we often describe this characteristic in our portfolios as owning different businesses that "move to their own beat." This means we focus on owning companies where a thesis of value creation can be realised, regardless of what is happening to broader markets.

Thankfully, for those so inclined, there are still opportunities to invest in great businesses at compelling valuations, and which have the potential to grow significantly while maintaining steady and resilient business models. Businesses whose underlying drivers should be relatively immune to economic cycles and the "madness of crowds". We invested in two such companies recently in our global funds.

We first met with Cosmos Pharmaceutical in December 2019 at the company's headquarters in Fukuoka, southern Japan. Cosmos operates drug stores in suburban Japan but unlike peers, it derives no sales from dispensing pharmaceuticals.

This is because the company's management considers dispensaries a poor allocation of selling space due to government regulations that limit turnover.

Instead, Cosmos generate 60% of sales from food (sold at a lower price than local supermarkets and drug stores) and the rest from “daily necessities” including health and personal care products. Low prices on food attract customers with profits then generated from higher margin health products.

This model has thrived in Cosmos’ home Kyushu region, known as the most price competitive retail market in Japan, which also makes it an excellent proving ground for low-cost retail models. Today Cosmos has around 55% of its stores in Kyushu, which represents less than 15% of Japan’s population. We see significant latency in the store roll-out strategy (including in larger prefectures of Kanto, Kansai and Chubu) considering that store count could potentially double.

Cosmos is a founder-led Company, Chairman Masateru Uno maintaining around a 50% stake in the company. We see Cosmos as having attractive characteristics with very stable cash flows underwritten by the resilient nature of food and consumer health product demand, a strong competitive position and a significant and steady runway for store growth.

Tailwinds from the music industry

Music may not seem as essential as food, but with most of modern society existing towards the top end of Maslow’s Hierarchy of Needs, many today have a visceral relationship with music – it has become the soundtrack to our lives. Reflecting changing industry dynamics, the portfolio recently established a position in Warner Music Group, a leading record label and music publisher.

Our portfolio has a long history of investing in content assets across the spectrum of video, gaming and audio. Each of these content sub-segments has its own nuances and is at a different stage regarding the impact of technology on distribution and business models; video is still working through the technological impact of streaming, while gaming is enhanced by technology that enables the creation of more immersive content.

Audio, and specifically the music industry, has transitioned through the most acute period of technological disruption with the unbundling of physical albums by both pirated and legal services occurring in the early 2000s. With the rise of streaming services like Spotify and Apple Music we now see the emergence of durable industry tailwinds. Streamed music is a compelling customer proposition and these services remain at under 10% penetration of global smartphone users today.

WMG is one of just three major suppliers of scarce intellectual property to the rapidly growing streaming music market. Every time one of its tracks is played on a streaming platform, WMG gets paid. The relationship between record labels and streaming platforms remains symbiotic, with each party needing the other.

Beyond streaming, there are many other avenues for growth enabled by digital distribution facilitating the collection of royalty revenue. For example, social media (TikTok dances), fitness (Peleton workouts) and original content (soundtracks in movies or games).

WMG's management has outlined a robust margin expansion plan, including natural efficiencies from digital streaming taking share from physical, as well as specific productivity measures. Combined with the growth tailwinds outlined above a strong case can be made for a business with an annual free cash flow of around US$1 billion, or roughly triple the amount generated in FY20. This should provide the base for a double-digit annual return to shareholders.

Discover under the radar opportunities

At Cooper Investors, we build international equity portfolios that are available as both hedged and unhedged funds. We look for the best risk-adjusted returns by applying our VoF investment process through a philosophy of ‘Observation Not Prediction’.

Chris has been co-PM of the CI Global Equities Fund since November 2011, focussing on European and Japanese companies. He has travelled extensively, living in four countries and investing across multiple asset classes over his 15 year career.

Get investment ideas from Christopher Dixon when you sign up to Livewire Markets.