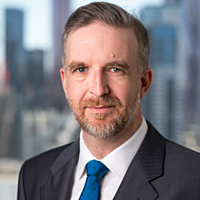 If you've seen the movie you know how the story goes: Facebook was created on a university campus to connect and profile students and teachers. Just over 15 years on from those humble beginnings, Facebook is a publicly listed company with a market value of over US$500 billion.

Google, meanwhile, is another university-campus success story, driven initially by its superior search engine technology and then its monetisation strategy with AdWords. Today, the company is known as Alphabet and has a market value of about US$800 billion. It owns YouTube and its Android Operating System is the key competitor to Apple's IOS.

So how do these businesses stack up as investment propositions? How fast are they growing? And how should investors think about the risks given concerns around data use and privacy?

Tune in to hear how new world masters Facebook and Google continue to increase users and  share of the advertising market.

See also Part 1: How Microsoft and Apple are dominating the new economy