Not all banks are haunted by the ghosts of crises past 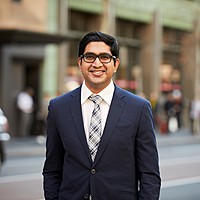 Amongst many investors right now, ‘financials’ is a dirty word. Concerns around net interest margins and profitability arising from ‘lower for longer’ interest rates have driven a 30% decline in bank indices on both sides of the Atlantic.

Adding insult to injury, regulators have imposed moratoriums on dividends and buybacks to ensure banks maintain ‘fortress balance sheets’ and protect depositors during the COVID-19 crisis. Memories of the 2008 financial crisis no doubt play on investor sentiment following one of the sharpest economic contractions in history, however this time is significantly different for much of the banking sector.

Over the last six months, policymakers have rewritten the playbook for tackling an economic crisis. Unprecedented income and job retention stimulus, in conjunction with loan forbearance measures, have bought banks time to build meaningful buffers against impending credit losses. This has mitigated the risk of government funded bailouts and permanent capital destruction as witnessed in 2008-09.

The investment case for Capital One

In our view, the current environment presents a unique opportunity to buy select banks that can defend profitability at highly discounted valuations. One such US retail bank with significant embedded value is Capital One (NYSE: COF).

With a more balanced mix of floating rate assets and liabilities and a structurally lower fixed cost base than its peers, Capital One has limited interest rate sensitivity and greater flexibility to manage profitability in the current environment.

Currently trading on 6x Antipodes’ estimate of FY22 earnings (a 25% discount versus peers), the market is overly pessimistic about the outlook for credit losses. Any pathway to a faster and sustained reopening of the economy would force the market to reappraise loan loss and capital return expectations. Today’s share price also discounts any optionality for Capital One to deploy its digital disruptor blueprint and become a bigger force in the fragmented US retail banking marketplace.

Unlike larger banking peers, Capital One is not a household name outside the US. Hence, it is worth exploring its journey in becoming the 4th largest US bank by retail deposits (~3% share) and the largest credit card issuer by active accounts (50 million in 2019).

Capital One’s roots can be traced back to early 1990s when current CEO and co-founder, Richard Fairbank, sought to meticulously mine customer transactional data and seek out lending verticals offering excess risk adjusted returns. The high degree of information asymmetry inherent in the subprime market (individuals with less than pristine credit scores) and a lack of competition from established players made this space an obvious target. Capital One pioneered balance transfers and stuck to disciplined risk-based pricing and a contrarian underwriting mentality to build a niche as the largest subprime credit card monoline over the next decade.

Capital One navigated the 2008 financial crisis profitably and capitalised on emerging in a relatively stronger capital position to acquire ING Direct USA and HSBC USA’s store card portfolios in 2011. This gave it a digital, pan-American deposit customer base and greater stability and diversity in earnings. Profits were subsequently reinvested in branding, marketing and more competitive reward offerings, resulting in share gains across transactors and prime cardholders. Over the last 10 years, Capital One has doubled its national share of credit card volumes to 10%, on par with Citigroup and Bank of America. What is remarkable is that this growth and customer acquisition has not impacted returns. It has also replicated a similar strategy in auto lending and is currently the third largest US bank auto lender. ING Direct USA was rebranded as Capital One 360, a disruptive fee-free digital bank offering superior deposit rates. It currently has over 22m active mobile users and a higher level of engagement than Bank of America and Wells Fargo.

Notwithstanding its consistent track record of profitability since listing in 1994 and history of double digit returns since the financial crisis, Capital One remains unfairly stigmatised by the market for its subprime lending exposure. As discussed further, it is this deliberate product mix that gives us comfort over the durability of Capital One’s moat. The most significantly regulatory development is the US Federal Reserve’s implementation of a constructive and pragmatic approach for returning capital. Known as the Stress Capital Buffer framework, it allows US banks to distribute all capital exceeding pre-defined minimums without further regulatory approval and stress test hurdles. This gives us a lot of confidence and clarity around Capital One’s ability to return a high proportion of profits as we exit the Covid-19 pandemic.

As discussed, Capital One’s limited interest rate sensitivity and greater flexibility to manage expenses allows it to defend core operating profitability (i.e. excluding credit loss provisions) under a range of economic scenarios. The management team, led by founder-CEO Richard Fairbank, is very experienced and have been strong advocates of using data to manage and assess risk. With a clear framework for returning capital, their interests are well aligned with shareholders.

Globally the banking sector has structurally underperformed the market for over a decade, but with periodic, cyclical rebounds, one of which we seemed to be setting up for in late 2019 prior to the onset of COVID. COVID-19 accelerated the collapse in real yields that started in late 2018, resulting in an already very deep banking sector de-rating becoming even more extreme. As outlined above, we see Capital One as a pragmatic value opportunity; a long-term idiosyncratic winner in our cluster of dominant (albeit cyclical) franchises that will benefit from a sustained reopening of the economy, an exposure that is looking increasingly timely.

Figure 5 - Valuations of largest 10 retail banks in US

Despite holding excess capital, Capital One trades at 0.9x tangible book value today, a steep 33% discount to its post- crisis average of 1.35x and versus peers with lower profitability. The market is implicitly pricing in the risk of shareholders being diluted via an adverse credit scenario. As of Q2 2020, Capital One had already provided for 6.7% of its loan book to be written off (2.5x 2019 levels). Even in a scenario involving cumulative losses in line with the 2008 financial crisis (i.e. 15% of loans written-off from 2008 – 2010), Capital One can remain above regulatory capital minimums and distribute over half its current market cap over the next 3 years while still trading on 6x FY23 earnings.

Antipodes Partners is an award-winning investment team that specialises in global shares. To find out more, click the contact button below.

Vinayak is an Investment Analyst at Antipodes Partners, with coverage of consumer, domestic services, financials and infrastructure stocks. Before joining Antipodes he spent 7 years with Magellan Financial Group as an equities analyst focused on...

Get investment ideas from Vinayak Muralidharan when you sign up to Livewire Markets.