One thematic to avoid a housing pullback 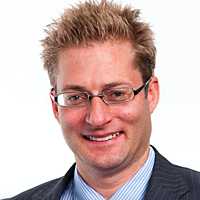 We have seen a plethora of analyses in recent weeks from investment banks such as UBS, Morgan Stanley and Citigroup sounding warning bells on the domestic housing market and data from the latest CoreLogic Home Value Index suggests that the Melbourne and Sydney markets are now firmly in retreat.

Auction clearance rates in Sydney fell to around 50% last weekend, their lowest point since the current boom started around seven years ago, whilst Melbourne’s clearance rate dropped to about 62% from 80% at the height of the boom.

Tighter credit standards seem finally to be impacting the housing market and this is only likely to be exacerbated in the fallout from the Hayne Royal Commission with the expected report and recommendations from the Royal Commission due in September 2018. The Royal Commission findings are expected to push for even tighter controls being placed on the lending practices of the major banks and brokers

Falling house prices will clearly have an impact on the domestic consumer, particularly at a time when wages growth remains stubbornly low and household debt remains at elevated levels. One consistent comment we are getting from company management over the past six months is that the consumer remains under pressure and discretionary spending remains subdued.

Robust housing prices have insulated the consumer somewhat in recent years because of the “wealth effect” but these tailwinds look like giving way to headwinds in the coming months with east coast house prices likely to fall further. We view this as the biggest challenge for the domestic economy over the next 12 months and, likely, will mean that the RBA keeps the cash rate on hold at 1.5% for the rest of calendar year 2018.

Economy to stay strong, and one way to play it

Despite this pessimism, the OECD expects the Australian economy to remain “robust” underpinned by exports and business spending which ought to offset weaker household spending.

In its June commentary, the RBA reiterated its forecast for GDP growth to average above 3% in 2018 and 2019 with higher levels of public infrastructure spending called out as being a key support to the growth outlook.

Amongst our key conviction domestic calls, at present, remain in companies exposed to the large pipeline of east coast-based infrastructure projects, particularly in areas such as road, rail, transport, telecommunications and renewable energy. Companies that ought to benefit to varying degrees from an uptick in spending in these areas include Seven Group Holdings, NRW Holdings and Bingo Industries.