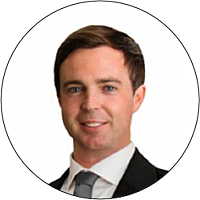 At the same time as this growth on the demand side, the supply side is severely challenged. 90%+ of production comes as a by-product of copper and nickel mining. Copper has been rallying in recent weeks; there is some risk that the copper price may recover strongly, but it will take a much higher copper price for a sustained period of time before they start bringing on idled production and start adding to the cobalt supply.

However, even if idled supply is brought back online, it’s unlikely to satisfy demand. Even if you saw copper and nickel rally, and the cobalt comes back into the market, that would only defer the eventual price movements for cobalt. Throw in the fact that 60%+ of supply comes out of the Congo and you have scope for severe supply side disruptions on top of the compelling existing supply / demand dynamics.

Cobalt hasn't run hard yet, so the big opportunity hasn’t yet been missed.  The price has bounced off inflation-adjusted 40-year lows in 2016. So, our view is that the process has just begun. However, cobalt is a tricky commodity to play from an equity investment perspective.

What resources investors should be watching

One of the key factors to watch next year will be the US Government’s ability to execute on policy. If they can do so, I think you will see a dramatic shift away from the ‘low and slow,’ yield focused trade, into a more a growth driven trade, and some normalising of the world. US policy is the major driver of the recent rally in commodities on a pre-emptive view, but these things tend to be self-fulfilling.

Overall, that normalisation will be a bumpy process, but one which is inherently good for the global economy.  The monetary experiment over the last decade hasn't delivered what it initially set out to achieve.

As a result of this normalisation, you're seeing a range of metals catch a bid for a variety of reasons. Take iron ore for example, two years ago, the established understanding was that domestic production would come out of the system with iron ore below US$80/t dollars. Now that’s changed dramatically because we broke through 80 dollars and Chinese domestic producers kept producing. It looks as though recent Chinese government policy has been put in place to clean up the industry and flush out unproductive producers. What has that done to the iron ore price? Well, here we are, and we're back towards 80 dollars, so I can't tell you that I genuinely know where iron ore is going, but tailwinds are supportive and I feel that it sits at a higher average price in '17 than it did in '16.

In terms of a fundamental quality project with the cobalt space, there's only one name we're gravitating towards, and that's eCobalt (TSX:ECE) out of Canada. The project has already had around C$110m in capital spent on it and it has well-understood fundamentals.

The project will derive more than 70% of its revenues from cobalt, so it’s a genuine primary cobalt asset. Most of the hopeful players out there promoting themselves as cobalt businesses, if you actually sit down and work through things with them, you'll find that their projects don't have a dominant cobalt revenue stream - they're cobalt by-products.

eCobalt has a well-scoped asset; they'll have BFS (bankable feasibility study) out I think around Q1 next year, so there's still a little bit of work to be done. They’re probably not going to bring material to market within the next 18 months, but the project is light years ahead of anything else.

Get investment ideas from Russell Delroy when you sign up to Livewire Markets.