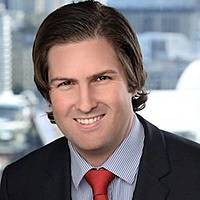 Every six months in Australia, reporting season comes around. It’s an important time for investors as it gives us a chance to see in detail how companies are traveling and, in some cases, what their outlook is for the year ahead. As a result, February and August become important times for shaping portfolios and generating investment ideas. Whilst every result will be scrutinised, we believe this reporting season there are a number of major questions outstanding for which we will receive further clarification.

1) Will Telstra cut its dividend?

Back in February, we wrote that “we expect that Telstra will be forced to cut their dividend sooner rather than later.” That was on the basis that Telstra was paying out more in dividends than it was earning as can be seen below (Source: Thomson Reuters, company filings). From the above we can see that historically Telstra has paid out close to, if not all of their earnings in dividends. However, going forward we believe this needs to change. The Telstra of today is a very different company to ten years ago. What was once a national monopoly now faces competition on all fronts. As a result, the company will need to invest in their networks and in other growth initiatives to stay ahead of the pack. Previously, due to their natural advantages the company could pay out earnings and then use to capital markets to facilitate investment. With the increase of competition and the potential decline in margins and market share ahead, we believe this capital allocation strategy needs to be revised. As a result, we expect Telstra to cut their dividend. Whether it happens at this result or they provide guidance for next year, we believe we should get some clarity at this result.

2) Will the end of the residential construction boom factor into the guidance for residential REITs?

The leading indicators for the residential construction industry are pointing down. Building approvals have peaked, commencements have followed and completions typically follow 6-9 months after. In an economic sense, this has been one of the major drivers of the Australian transition from the mining boom in recent years. With the RBA cutting interest rates from 4.75% to 1.5%, they have sparked the biggest building boom in Australian history. With the downturn upon us the only question that remains is whether we have a hard or soft landing. How the major developers react will be interesting.

The building boom has been kind to some of the major listed players in recent years. Mirvac, for example, has seen residential earnings grow by 51% last year and potentially by another 45% this year.

The focus though will quickly turn to next year and the expected amount of settlements as well as the level of presales. If volumes start to decline, earnings will follow.

3) Which companies are shaping up to be the major beneficiaries of an East Coast infrastructure boom?

With the residential construction boom potentially coming to an end, one of the most compelling stories from a top down perspective is the coming infrastructure boom set to take place predominately on the East Coast. The chart below looks at the major construction projects across Australia and their planned timing. The vast majority of projects are taking place in New South Wales (Bruce Highway, NorthConnex, WestConnex, Western Sydney Roads, Sydney Metro, Sydney Light Rail) and Victoria (West Gate Tunnel, City Link – Tulla Widening, Melbourne Metro Rail, Regional Rail Revival). Both state governments have seen significant cashflows from stamp duty in recent years and are now in the process of spending the proceeds. The focus is very much on roads, which seems a little short-sighted particularly in Sydney where there is a definite need for a legitimate metro/rail system.

There will be some significant winners from this increase in infrastructure work, the question investors have to ask is who they will be and is it already in the price. Obvious beneficiaries such as Cimic have seen their prices run hard but there is one value opportunity that we have initiated a position in recently, which is Veris.

Veris is a Western Australian based surveying company that has expanded into the East Coast via acquisition. The surveying market is highly fragmented and as the first mover with a roll up strategy, Veris has a good opportunity to grow strongly over the coming years.

4) Will WA arrears start to hit the profit line of the banks?

The only one of the big four with a June balance date is Commonwealth Bank. Whilst the other three have quarterly updates around the same time, the focus will be very much on the details of the CBA result. To that end, one area of risk we have identified in recent times is the rising arrears within the Western Australian property book. The rise in arrears started in 2015 (coinciding with the peak in the residential construction market in WA) and has continued steadily in recent periods (see below, source: CBA company filings). If arrears persist, they move to stressed and eventually become impaired. A large increase in impairment expense as well as a stagnating top line saw Bankwest’s cash NPAT fall by 12% in the first half of the financial year.  High volume growth within the Retail Bank saved them as they grow their asset book by 8% in total over the half. The question is will slowing volume start to reveal some cracks. The volume growth from the first half will continue to benefit earnings in this half but we’d expect the rate of operating income growth to slow in coming halves.

Ultimately, these are some of the issues will dictate the direction of the Australian Equity market over the next six months. Of course, there will be other stories that will catch us by surprise and the ongoing movements of commodity prices and the level of the currency will have an impact. Portfolio management is a 365 days a year job and we need to absorb and process information at all times, it’s just in the next month we will see a large amount hit us at once.

Note: Originally published on the TAMIM website on 27 July 2017.