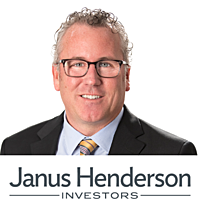 Driven by what has been often characterised as the Fourth Industrial Revolution, the technology sector has led global equity markets in recent years as the powerful applications of cloud computing, the Internet of Things (IoT) and artificial intelligence (AI) are deployed across an increasingly digital economy. This digital transition has accelerated during the era of COVID-19, as businesses and households have leveraged communications technologies and online commerce to sustain their daily activities.

So far, little has seemed capable of impeding the tech sector’s strong run. That’s why investors have taken notice of large tech companies recently getting hauled before Congress, the Trump administration’s rhetoric about Chinese divestiture of US tech companies and still-simmering trade tensions. Would greater regulatory oversight and changes in trade policy be the impediments that finally cool tech’s hot streak?

While these developments merit attention, we believe that on their own, they will not dramatically alter the sector’s trajectory. Tech’s secular drivers remain intact and we expect that the sector should harvest a greater share of earnings as their products and services add value across an ever-expanding customer base. Still, investors must be mindful of the regulatory landscape. As with any threat, one must ask what is the likelihood a business model would be altered and, should that occur, to what degree would future earnings growth be affected?

With the CEOs of several leading tech companies appearing before Congress, one may get the impression that these entities are confronted with similar regulatory challenges. That is not the case. There is a range of behaviours that legislatures likely believe require scrutiny.

Among these is purported anti-competitive behaviour. This is an activity that has invited past regulatory action. Perhaps the highest-profile example was Microsoft’s years-long battle over having bundled its products like Internet Explorer with its operating system.

Presently, Amazon’s relationship with vendors on its third-party marketplace platform has come into question. Concerns have emerged that third-party vendor data have been leveraged to benefit Amazon’s private label offerings. Given the profitability of this business line, any forced changes would have to be factored into Amazon’s future earnings profile. Yet, third-party vendors – it can be argued – gain tremendous value in their relationship with Amazon due to the latter’s marketing, fulfillment and logistics capabilities.

Similar concerns have emerged over Alphabet, the parent company of Google. And here, too, there are two sides for regulators to consider. As the company’s search business has slowed, it has relied upon mobile screens to generate a greater share of earnings. New services meant to achieve this often compete with companies that have historically been advertisers on the search platform. The question regulators are interested in is whether Alphabet has altered its algorithms to benefit its own services. Furthermore, authorities may want to review whether the company forced mobile device makers using the Android operating system to load a host of Google apps. Given the view that regulators took of Microsoft’s bundling practices, the company is likely going to field a wide range of questions from multiple jurisdictions.

Business as usual or playing favourites?

Legislators’ interest in Apple stems from its relationship with so-called super apps – subscription services that tend to dominate all other apps in the Apple ecosystem. As these services for music, gaming, etc., have grown, so has their bargaining power as they seek favourable terms in the hefty fees Apple extracts for access to its platform. While some may question whether terms based on volume put smaller competitors at a disadvantage, others would argue such arrangements are standard business practice across most sectors.

Perhaps a greater risk for Apple is lawmakers delving into whether the company structures its technologies to favour its own services versus direct competitors.

A matter of liability

Perhaps the highest-profile subject of regulatory enquiry has been Facebook and the power it wields by dominating social media. Facebook first came under scrutiny for possibly not being a good steward of personal data. Since 2018, however, most indications are that the company has improved security, transparency and the ability for users to control their own personal information.

Of greater relevance is Facebook’s role as a content moderator. Under Section 230 of the 1996 Communications Decency Act, Internet platforms were classified as distributors of content, not creators, and thus exempted from the liabilities publishers face for disseminated illegal content.

This exemption has led many to complain that social media companies do too little to police their platforms for inappropriate content.

In recent years, politicians in the US and abroad have come to suspect that social media can exert tremendous power in influencing user behaviour by allowing or blocking certain content based on their terms of service. Up for debate is whether those terms should remain narrowly defined – largely aligning with the “illicit activity” standard – or should they be expanded in a manner that compels platforms to act as arbiters of truth. Given the large role social media plays in hosting political discourse, it’s easy to see why policy makers would want to revisit the issue of content moderation.

In all of these cases, we believe authorities will have to take a balanced approach. A long-held threshold for greater regulation has been whether consumers have been harmed. That would be hard to argue given the breadth of largely free and convenient value-added services available on these platforms. Furthermore, the sector is a major source of well-paying jobs, and legislators, especially in the US, may view these tech leaders as national champions to be supported.

As with other sectors, tech appears caught in the lurch away from globalisation. Often this is guided by policy initiative such as tariffs. Over the past two decades, manufacturing has flowed toward countries with lower-cost labour. Now, either to evade tariffs, prohibitions or to diversify supply chains, costs are no longer the lone factor in choosing manufacturing bases. While this could impact profitability, the transition will take years to play out.

Of special note is the semiconductor industry. China desperately wants to build out its design and software capabilities to complement its manufacturing prowess. This has proven harder than expected. Now, the US has become more proactive in creating hurdles for Chinese companies to access complex technologies. This has ramifications not only for commercial relationships, but also potential merger and acquisition activity, thus possibly taking sources of future economic gains off the table.

Another geopolitical tussle in which authorities may have their say is Chinese ownership of Western tech companies and Western communications firms being pressured to not use Chinese vendors in building out their 5G networks. At present countries are having to balance security and economic concerns as well as their relationship with the US.

Each of these instances indicate that the more complex geopolitical and regulatory landscape means that economics will not be the only factors at play as tech companies face future business decisions.

Technology is dramatically impacting every sector of the global economy. We seek to invest in growth companies driving this innovation or benefiting from advances in technology. Stay up to date with where we are finding the most compelling opportunities by clicking the follow button below.