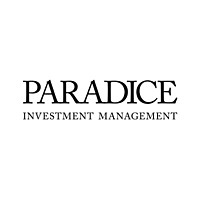 The Australian growth outlook remains modest. So far, very low interest rates have mainly resulted in higher property prices rather than the desired broader improvement in economic activity. Consumer sentiment generally remains soft. Despite the lower AUD, there is little optimism that the non-resource economy is going to materially accelerate any time soon, post the peak of the commodity boom. The Australian sharemarket traded on a PE ratio of 14.4x at the end of the quarter to 30 September 2014, with consensus expecting around 4% earnings growth next financial year. In the context of a low bond yield environment, the market's valuation looks reasonable. However, we feel already modest earnings growth is set to be downgraded, as lower commodity prices and underwhelming industrial earnings flow through.

Paradice is a privately-owned Australian boutique fund manager established in 1999 by David Paradice. We currently manage over $16 billion in assets across six distinct investment strategies with offices in Sydney, Denver and San Francisco

Get investment ideas from Paradice Investment Management when you sign up to Livewire Markets.