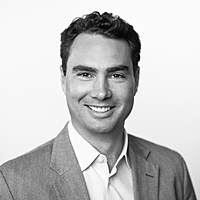 At this point in the economic cycle, inflation is almost guaranteed. In fact, with sluggish growth, unemployment spikes, and inflation climbing steadily higher, the spine-chilling notion of 1970's style stagflation—is looming. But there's an even more present threat than both of those already well established: asset inflation.

The global markets are currently upheld by a crutch of unending fiscal and monetary stimulus measures and kickbacks. In the US, the Fed continues to blow air into the bubble through quantitative easing and its inflexibly dovish stance on interest rates and inflation. All of which is providing a twisted narrative of the actual state of the economy.

Meanwhile, as the US’ GDP dropped to its lowest ebb in July, registering 33% negative growth in Q2, major stock indices have continued to grow. Both the Dow Jones and S&P 500 have rallied 50% since the stock market collapsed during the incipience of the pandemic in March. At the same time, unemployment remains in recessionary territory, and the M2 money supply continues to mount, up approximately 20% in 2020 alone — an indication of pending further asset inflation and continuation of the exponential widening of the wealth gap.

Over the past few decades, the unconventional policies of central banks and governments have been reflected mainly by rising asset prices, rather than traditional measures of inflation. However not everyone benefits from higher asset (equities) prices. In fact 45% of Americans reported not owning any equities individually, via a mutual fund or as part of their 401(k). With the M2 supply ever-expanding, and flat to negative rates probable over the next few years, fiat currencies, such as the dollar, are likely to continue their decline vs hard assets —diminishing their purchasing power even more. Last month, the greenback dropped to a two-year low, subsequently sending gold, a historical hedge against macro risks, to an all-time high earlier this month.

As the helicopter money continues to flow freely, and the dollar a currency non grata, investors are expecting the bull trend to persist within the stock market — something which could result in one of the biggest equities bubbles ever witnessed, creating further instability in the already divided US democracy.

What's likely to follow is a period of extreme volatility and uncertainty, as investors continue to ply the markets with capital in search of yield against a backdrop of lower rates for longer, coupled with record job losses and increasing wealth inequality. While both the monetary and fiscal recent stimulus measures might not directly boost prices for consumers, it is, and continues to, cause significant inflation in other places like real estate, farmland and the stock market.

We are also starting to witness significantly higher prices in traditional inflation metrics, especially for food. The price of food and nonalcoholic beverages rose 4.1% in Q2 2020 after a gain of 3.2% in Q1, which is the highest food inflation rate since Q3 2011 in Australia. It is reasonable to argue that this is a short term supply shock as a result of COVID-19, however increased costs in the supply chain as a result of operational health and safety requirements (social distancing, personal protective equipment, labour shortages due to border closures etc) are all here for the medium term. Historically speaking, when we have witnessed upticks in food price inflation, we rarely see this move lower again.

The equities market is another prime example where asset inflation is already underway. Its stellar display amid flat to negative interest rates and life-preserving stimulus boosts present a stark contrast to the current economic conditions. However, are they mis-priced? With so much stimulus, money needs to be allocated to assets particularly given the downward pressure of fiat currencies associated with expanding M2 supply, coupled with negative rates. Naturally, we would see stock markets rally against historical norms (multiples); however, the market is now repricing what is the norm. When the cost of capital is zero, or negative, what is the right forward P/E to price an equity off particularly when there remains so much uncertainty around growth forecasts? What is the appropriate dividend yield for a stock when rates are negative? Cash is clearly no longer king.

The market is looking at all of these factors, economic conditions, repricing equities, long term adjustment to working conditions, whilst at the same time they are grappling with the most significant increase in money supply we have ever witnessed. We could be at the precipice of the largest equity bull market we will ever see going into 2021. Not because of the fundamentals that drive these companies but because the metrics we’ve historically used, are no longer applicable. Regardless, it is going to be volatile, as market participants look to navigate these uncharted waters and are pushed into allocating capital at times when valuations might look stretched. A stagflation environment is not something anybody wants to experience. However have we backed ourselves into a corner given our response? $12 trillion USD of global stimulus (across monetary & fiscal), COVID-19 policies enabling cost-push inflation, accelerated geo-politics driving nationalist policies (and potentially cost-push inflation as well), and all at a time with exponentially widening wealth gaps creating instability in democracy.

Gold in this environment will remain as a defensive asset which will benefit both from the devaluation of global currencies and higher inflation, including asset inflation. As market participants look to rotate risk, it is reasonable to assume that given sluggish economic growth and volatile markets, traders and asset managers will look for assets which offer both protection and capital gains opportunities in this environment. Gold is the only asset that has proven through time to offer both of these attributes. It now also benefits from being cheaper to hold than cash.

A prescient indicator of the transition away from stocks and into gold's safe harbour came as Warren Buffett's Berkshire Hathaway swapped stakes in two investment banks for one stake in a gold mining company. After selling around 85 million shares of Wells Fargo, and 35 million in JPMorgan on Friday, Berkshire opted to put the proceeds toward 21 million shares in Barrick Gold Corporation.

This move was particularly bullish for gold investors in light of Buffett's previously doer stance on the precious metal. But personal feelings aside, even Buffett can't deny the historical precedent of gold. It is also a clear indicator that the composition of market participants is changing. Traders often look at historical data to predict the future. However as the participants in the market change, the historical data becomes less relevant. Where could an asset like gold trade when we have traditional pension funds, super funds, equity asset managers and retail investors all start to allocate to the asset class for the first time.

The precious metal first established itself as a hedge against inflation and other such macro risks in the 1970s. Between 1971 to 1980, during one of the worst periods of inflation ever seen, gold grew some 1,800%. Since then it's held its value in nearly every significant market crash to date. And has continued to outperform fiat cash — the dollar in particular — since the early 1900s, especially so after the collapse of the Bretton Woods agreement and subsequent gold-dollar decoupling in 1971.

In fact, while gold has made a >4,500% advance on cash since the start of the 20th century, the dollar's purchasing power has plunged by over 96% since then.

It's not just a long-term precedent pushing gold’s narrative as a hedge, either. Gold kicked off its blockbuster 2020 rally shortly after the first stimulus package was agreed in April. It hit $2,000 per ounce for the first time ever in July thanks to the announcement of the yet more life-preserving stimulus. And all because, unlike the US dollar, it cannot be artificially created. Gold's finite supply, and nonconformance to inflationary monetary policy, makes it the perfect non-correlated risk-off asset to endure economic uncertainty — primarily that arising from an asset bubble collapse.

K
Kostya Xue
28th Aug, 20
Yes, very reasonable article. I’m a long time Gold investor here. My short to medium term concerns are that the vaccine news is coming very shortly, and the market has shown tolerance for treating mediocre medical results very positively. Therefore, when the vaccine need arrives, I just don’t see a lot of upside for gold for a few months as the news is highly likely to be taken as the cure and the travel stocks along with the rest will flourish. Gold could be left to languish.
J
John Obeid
3rd Sep, 20
I remember when he was asked in an interview about whether or not he is buying gold (I think back then it was only about $1400 USD per ounce) , Marc Faber said he will buy gold every month as long as he has to "keep looking at those idiots" (he was referring to Barrack Obama and Ben Bernanke). The situation has now got worse - every leader and central bank around the world has the printing presses fully cranked up to top gear. It will be even worse if Joe Biden/Kamala Harris are elected president/VP. The most important question of 2021 wont, I believe be "is there a vaccine yet", it will be "have you got any gold" (or better still - which is my preference - gold mining stocks)?