An Australian pioneer of infrastructure investment, Lazard Asset Management's Warryn Robertson heads up a team managing more than $20 billion of assets. He lives and breathes the asset class, which has been a focus for almost his entire career. This includes his two decades at Lazard, where he is portfolio manager of the Lazard Global Infrastructure Fund and the Global Equity Franchise, and the years prior as an adviser to infrastructure investors. 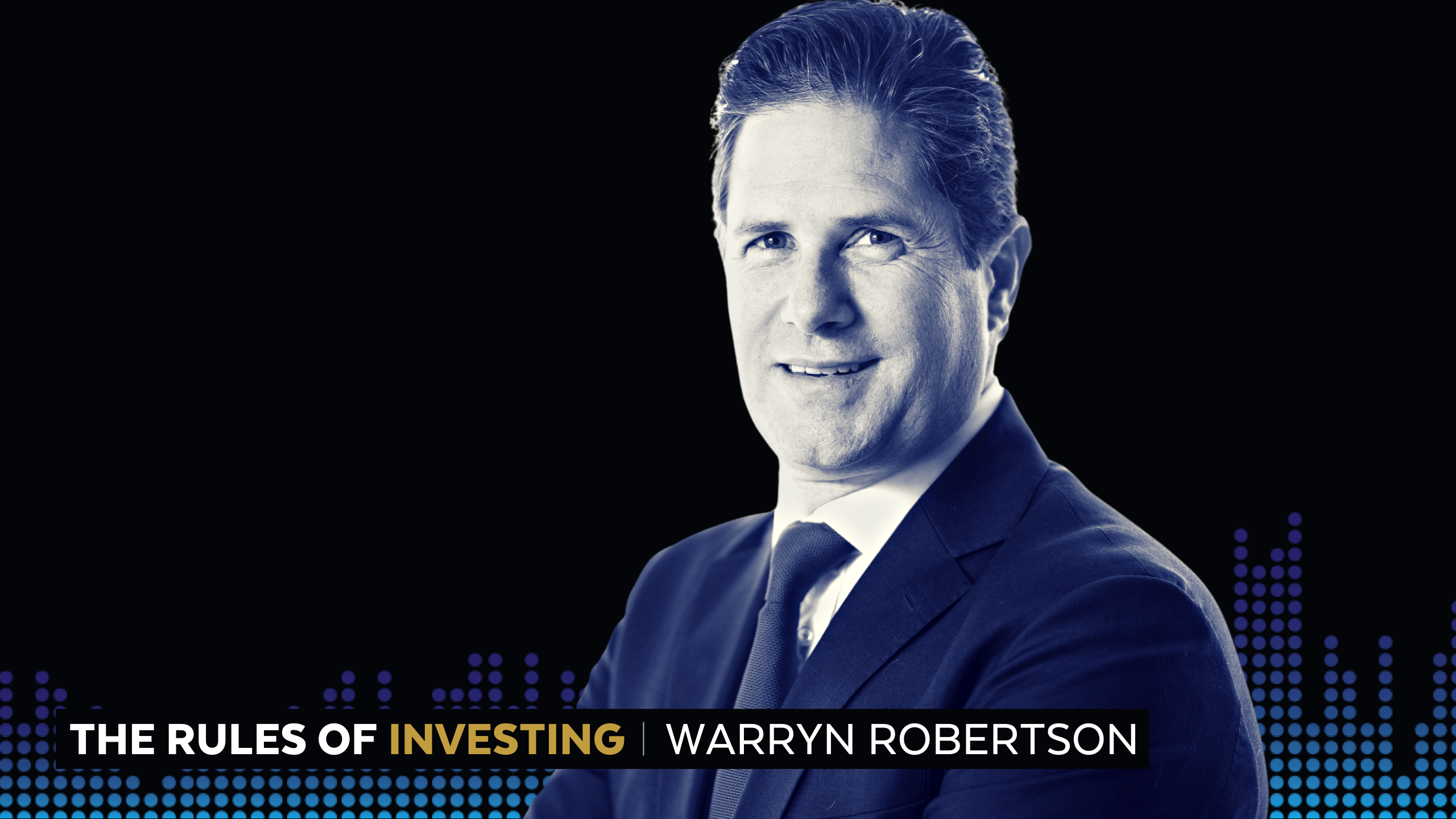 Investment Theme
The best inflation protection you can get
View

When looking to add inflation protection to their portfolios, these are the main areas investors favour:

“And there are stark differences between those in terms of why they provide inflation protection,” Robertson says.

For the first, the long-term prices of mining companies hinges on the price of the commodity. This in turn is set by the marginal cost of production. “So, inflation is implicit through the cost base, it’s not explicit,” he says.

“Landlords will have three to five-year contracts and they usually have an inflation element built into those. After which, you can make your choice. So, it’s a bit more like commodities in that it’s supply and demand-driven.

And then there’s infrastructure, where the inflation protection is regulated, “It’s not something that’s related to supply and demand, and that’s the key difference,” Robertson says.

The other key advantages, in Robertson’s eyes, are that infrastructure assets are monopoly-like and they’re essential services. This means their volume demands (pandemics aside) are more stable and consistent than those for commodity producers and REITs.

“I think everyone should have some infrastructure in their portfolios, and with inflation becoming an issue, its protection attributes are unique,” Robertson says.

Turning to his views on the current macro environment, Robertson emphasises that Lazard’s process of selecting assets is unchanged. His team looks over a three to five-year period to assess where they believe long-term yields will be, using this to decide what is an appropriate risk-free rate. They then apply a discount rate and company cash flows that link to their long-term outlook on gross domestic product.

Robertson also emphasises his view that cash flows and the discount rate are explicitly linked. “But markets have become very easily influenced by the belief that we’re going back to trend growth rates but that we’ll always have low interest rates,” he says.

The big error he saw coming

Robertson regards this mistaken belief as one of the big mistakes that have led markets to the current situation. But the biggest underpinning factor here is something he says Lazard has been warning against for at least the last two years.

The combination of low interest rates and people believing that would remain the case for years to come – as well as the conundrum of when the pandemic hit and the supply curve shifted to the left, creating inflation – has created the perfect storm for inflation that we have today,” he says.

“The key error almost everyone made was to look at the pandemic as a normal recession. But in economic terms, nothing could be further from the truth,” he says.

Why? Because in a normal recession, demand for goods falls when people make the choice not to consume the same level of goods, while supply remains relatively fixed. “That means you’re going to have deflation,” Robertson says.

What happened during the pandemic was, in economic terms, almost unique. As he explains it

“The supply curve moved to the left first, and then the demand curve moved with it. It wasn’t that we didn’t want to go and buy things, but we just physically couldn’t. Businesses couldn’t go and hire people, not because they didn’t want to, but because there was no one around who could leave their home,” Robertson says

A key point here is that with supply moving first, rather than demand, the prices for goods didn’t deflate as they would in a normal recession. And yet, the response from central banks was the same as it would be in a more orthodox recession.

“Governments and central banks around the world said, ‘Recession – all we’ve got to do is throw money at the situation; just loosen the supply curve and up, up, up the money supply,” Robertson says.

“We looked at it, based on first principles and said, ‘This is different, we think this could lead to an inflationary outbreak’ and that’s exactly what’s happened.”

For all the problems the global economy and financial markets are grappling with now, Lazard’s not currently betting on a recession.

Reflecting on Lazard’s response during the GFC, he says “we sat down as a team and came up with two likely scenarios, and they were called ‘fire and ice’”.

“We were either going to have an outbreak of inflation, pump-priming the economy to inflate away the debt problem or you were just going to bore it out with low levels of economic growth, low deflationary levels,” Robertson says.

“We got something in the middle in 2007 when central banks did a remarkable job of keeping the world out of the danger it could’ve fallen into. But they really just kicked the problem down the road.”

The big risk of US infrastructure

In infrastructure, that means they’ve tilted the portfolio away from the US – particularly the utilities space – toward Europe, the UK specifically, and Australia.

This leads to an important point about the role of infrastructure within investment portfolios. As Robertson emphasised earlier, he believes every investor should have some exposure to it. But he says a blanket assumption that listed infrastructure provides inflation protection is a furphy.

“You must understand how infrastructure is translated through regulatory concerns and concession toll increases to investors. There are subtle nuances that are incredibly important today,” Robertson says.

There’s a key difference in the way regulators in the US and other developed markets in Europe, the UK and Australia control the nominal rate of returns of infrastructure assets.

In the UK and Australia there is “explicit inflation protection” – the hard numbers of the retail pricing index (UK) and consumer pricing index (Australia) is used to set these rates of return. But that’s not the case in the US, where the regulator decides what is the “right” return allowable for regulated utilities.

Robertson believes this has created a situation where US utilities have been over earning for most of the last decade, also driven by a belief that bond yields will stay low forever.

“We think US investors will stop paying historically high multiples for these utilities – they were traditionally trading on 12-13 times earnings but last couple of years they’ve traded on 20 times,” he says.
“Why? Because the regulator was giving them a 10% return and the investment community was saying “that’s only 2% risk-free – that’s a free lunch, so we’re going to bid these stocks up.’”

This is why he expects a big de-rating lies ahead for US utilities. And it’s why Lazard’s infrastructure funds have only a 10% allocation to US utilities – compared with around 50% for most other infrastructure portfolios and sector-specific indices.

Where is Lazard Infrastructure investing?

Assets in Europe, particularly the UK and some in Australia are where Lazard has been emphasising its capital allocation. But on the latter, he notes the wave of takeovers in the last 12 months has been reducing the number of local investment options. Most recently, Sydney Airport was in April sold to a consortium led by US private equity firm KKR. This followed the sale of energy infrastructure firm Spark Infrastructure at the end of 2021.

This is a global phenomenon, Robertson refers to research that shows PE firms have amassed a US$250 billion war chest to invest in infrastructure assets – and he suggests this sum is more like US$500 billion once debt reserves are included.

“We’ve seen a lot of activity and I think that will continue. But there are also many infrastructure assets globally that could be privatised, and that’s something Europe and the UK have embarked upon and the US did it around 100 years ago.

But given the issues discussed, they’re becoming increasingly hard to find. As Robertson explains, its why the Lazard Global Infrastructure fund is concentrated, holding 27 companies as of the end of May.

One of the top holdings he calls out is Spanish tollroads operator Ferrovial, which Robertson says is considered a diversified infrastructure owner. Around 80% of the firm’s value lies in four assets, with a tollway in Ontario Canada one of the largest. “And this is the closest thing to a monopoly you would ever wish to see,” he says. Some 88 years remain on the concession lease and there are only minimal restrictions on toll increases, “as long as it doesn’t double tolls inside of six months, it can charge whatever it wants to whoever comes,” Robertson says.

Ferrovial also owns three motorways in Fort Worth, Texas that are dynamically tolled – which means the toll price rises as roadway congestion builds.

“It’s a great asset that we think is underappreciated. When you look at the world through our lens, we think they’re unique assets and on conservative assumptions, it's inexpensive,” Robertson says.

Patrick Fresne
27th Jun, 22
Surely silver would be the most logical choice for a 'commodity' inflation play? Historically, periods of high inflation result in a narrowing of the gold-to-silver ratio. This was true in all inflationary periods within living memory: the decade after WWII, the 1970s, and the years of 'China Boom', during the first decade of this century. With the Gold:Silver ratio currently at 86, on the face of it, silver would seem to be too cheap for these inflationary times.