The collapse of the momentum growth trade 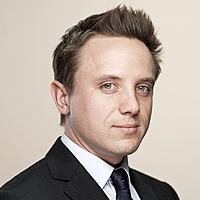 After relentless multi-year outperformance, growth stocks around the world have finally seen sustained and significant underperformance over the last six months. The end of the decade-long bull run for growth had been predicted many times over, but in our view, what finally set the end in motion were the downstream impacts of persistent inflationary pressures.

When we roll the clock back 12 months, the predominant narrative in the market was that rising inflationary pressures would ultimately subside in the latter half of 2021 as supply constraints thought to be caused largely by COVID-19 righted themselves. However, that didn’t happen.

Mismatches between supply and demand persisted, exacerbating inflationary pressures. Since the middle of 2021, inflation readings have often substantially exceeded expectations, while year-on-year inflation prints have still yet to reach a peak (Exhibit 1).

As the end of the year approached, the market began to wake up to the fact that inflation trends were getting worse, not better. That led to dramatic shifts in expectations for interest rate increases over the coming 12-24 months. While interest rates increased across all maturities of government bond yields, the most dramatic moves were at the short end, with yield curves flattening as investors feared that aggressive rate hikes will ultimately lead to a sharp slowdown in growth.

The movement in yields in the lead-up to and the advent of the Russian invasion of Ukraine has been of particular note. Yields dropped sharply at first as investors processed the shock of the invasion and instinctively moved into safe-haven assets.

However, it was only a matter of weeks before yields reached new highs as oil-and-gas prices soared and investors feared that war would put even more upward pressure on inflation.

Rising rates have traditionally been bad for growth, and the current moment is no exception. Growth stocks are companies that anticipate the majority of their earnings are likely to come well into the future. As such, a key component of how the market values them is based on the assumed risk-free rate, which is used to discount future (and hopefully larger) cash flows. If the risk-free rate increases substantially, so does the discount rate, which in turn has an outsized impact on the value of the equity value of growth companies.

The growth complex began to weaken in November 2021, which was also about when it started to dawn on markets that inflation wasn’t subsiding as hoped.

Growth has substantially underperformed value ever since, with January in particular going down in the record books as one of the sharpest monthly style rotations of the last few decades.

Only once in the last 50 years has the MSCI Value Index outpaced the MSCI Growth Index by more than it did in January 2022.

However, there is a good reason for that: Growth stocks were the victim of their own success. The dramatic outperformance of the growth complex was due in large part to central banks gifting markets with more than a decade of zero interest rate policy. Markets became overly enamored of story stocks, or those with a compelling narrative about future growth, total addressable markets, and disruption. In other words, growth couldn’t have fallen so far in January 2022 if it had not already risen so high in the years that led up to it.

However, it is instructive to assess the growth vs. value dynamic on an equal-weighted basis as well. The MSCI style indices are created based on market capitalization and thus weighted with significant sector biases.

Even when one strips out the overwhelming size of the big tech companies, it’s very clear how the downturn in high-growth stocks unfolded from November and accelerated come the turn of the year (Exhibit 2).

However, not all growth stocks are created equal, and some pockets of growth have performed significantly worse than others during the downturn. The difference between the stocks that held their value and those that fell the farthest? Quality. Digging into the details of high-growth companies reveals a plethora of fundamentally weak operators, offering up only losses today for investors with the promise of “jam” (or profits) tomorrow (Exhibit 3). As investors grew nervous about higher discount rates eating into future earnings, however, tomorrow’s profits looked significantly less appealing than today’s.

We interpret this to mean that the market finally lost patience with a growing number of companies that simply failed to, as Jerry Maguire once demanded, show investors the money.

But it’s not just how the financial statements look at a given point in time, it’s how they are changing. In a market that has lost patience, investors want to see forward momentum—a sign that at least a company is getting closer to generating free cash flow. When we traced this variable, the distinction was both present and quite stark (Exhibit 5).

In this chart, we distinguish between a positive change in free cash flow, even if overall levels remain negative, and a deterioration in year-on-year free cash flow. The bottom line is that investors have been discerning enough to spare businesses that are financially improving.

Lastly, Investors have become much more discerning about certainty and how much they can count on future returns for high-growth businesses. If analysts are more closely aligned on the future outlook for a given growth business, then the market has been far less punishing. If analysts, collectively, simply have no idea what the future holds for a given business, investors have beat a hasty retreat.

Exhibit 6: Growth Sell-Off Was Deeper for Stocks with Perception of More Uncertain Future

The growth complex has been exhibiting signs of froth for some time, and we have long believed that an adjustment is overdue, but delayed by an exceptionally long period of exceptionally low interest rates.

These low rates have distorted how investors determine the valuation of long-term cash flows, which are highly uncertain. But it has been interesting to see that the market has drawn some clear distinctions among different types of growth stocks.

Those that are profitable, have stronger fundamentals, and enjoy more certainty from the analyst community about the future of their returns have held up significantly better.

In short, it seems that the market still values more secure, more sustainable growth. As we go forward into a rising-rate environment amid sustained inflation, we believe that both growth and core investors will be much less impacted by the ongoing and steep underperformance of growth stocks if they focus their search on companies that seem more likely to sustain their growth over a long period of time.

Capitalise on this trend

As interest rates rise and the yield curve steepens, value investing has captured investors’ attention again. At Lazard, we have a long history of identifying financially sound, attractively priced stocks and a number of ways to capitalize on our expertise. Learn more by visiting our website.

Jason Williams is a Portfolio Manager/Analyst on Lazard's Equity Advantage team. He began working in the investment field in 2001. Prior to joining Lazard in 2008, Jason was a Quantitative Portfolio Manager in the Pan European Active Equities...

Get investment ideas from Jason Williams when you sign up to Livewire Markets.