The generational opportunity in renewables 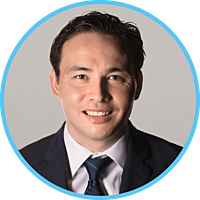 The Australian Energy System faces a generation dilemma, in both senses of the word. First, from an electricity generation perspective, the inevitable shut down of Australia’s coal fleet creates a “Generation Gap” that will need to be filled by a replacement form of generation. Second, from a technology perspective, a new generation of cleaner and cheaper technologies are emerging that will both complement and replace the existing system. Renewables, plus a combination of new technologies are the best placed alternative to meet this gap and serve the interests of the people, and therein lies the investment opportunity.

Why are we in this situation?

The electricity that powers both homes and industry in Australia remains predominantly carbon based, and in particular is coal based, given the cost of the fuel supply and the stated target of the National Electricity Objective of being in the “long term interests of consumers of electricity with respect to: price, quality, safety and reliability and security of supply of electricity”. In order to meet demand for electricity throughout the day, and due to their historical design and physical properties, when operational, coal plant in Australia’s National Electricity Market (the “NEM”) tend to operate on a 24/7 basis, producing significant amounts of electricity. This is typically described as supplying the “baseload electricity”. However, this will create a significant issue within the NEM over the next 25 years.

Australia’s fleet of coal fired power stations are aged and are approaching the end of their technical operating lives.

Even more pertinently, there are wider economics factors at play – given that the these generators compete in an price based market against other forms of generation, the owners of these plants, must periodically make an economic decision as to whether to keep a deteriorating asset in operation and to continue to invest in order to eek out “another couple of years”. The power station owners will need to make an investment decision with respect to both return of, and return on capital for any additional capital expenditure investments necessary to maintain and possibly extend the life of the plant. Factoring into this investment decision is the reality that as the coal fleet gets older, like any mechanical device they tend to becoming increasingly more unreliable, particularly during the times of peak load. Therefore the capital investment decision to keep such power stations open is likely to be value dilutive and baring external intervention the plant will shut down prior to the end of its technical life, further exacerbating the challenge of the Generation Gap.

There have been two closures of large baseload supplying coal fired power stations in the NEM in recent history:

The next scheduled closure is the Liddell power station in NSW. Put all the coal fleet together, the picture looks like this:

To be clear, it is not the closing of the power stations that is the precise issue – it is the manner in which they are shut down and whether or not planned investment is made to fill the resulting Generation Gap. The coal fleet served the interests of the country (at the time) well – but over the long term their closure is inevitable, and they will contribute less and less to the overall generation mix. It is also worth highlighting that the insurance that these plants have will cease to be provided post 2030. The removal of large portions of baseload, particularly in an unplanned or early manner results in significant shifts and changes in the supply / demand balance of each state. AEMO (responsible for operating the grid) and the AEMC (energy market rule maker) have taken steps to dampen this volatility effect by requiring more advance notice of generator closures, but the fact remains that these coal fired power stations have a finite remaining lifespan, and the resulting energy gap needs to be met.

At the dawn of the Electricity Era, initial power stations were built near the load centres (i.e. capital cities and large industrial areas of the country). Post World War 2, as population growth and industrialisation drove an increasing demand for electricity, it became more efficient to build coal fired generation closer to their fuel site – often a coal mine (either bituminous or lignite) or rail head to a coal mine, and then transmit the electricity via the transmission grid to where it was required.

As the generation capacity of the nation was built out, the key factors driving when, where and why coal plants were developed were:

Crucially, the building of large baseload coal fired power stations required significant state planning and investment (generators were run by state governments at that time), co-ordination between state governments and local authorities, as well as substantial amounts of time. Arguably two key developments in the 1980s and 1990s created the environment for the Generation Gap issue to arise some 30 years later:

Whilst the electricity market in theory was meant to produce price signals that acted as investment signals to build new baseload generation, these clear signals did not eventuate to incentivise the private owners to sufficiently replace the older coal generators with newer coal generation. The “youngest” coal fired generator in the NEM is now 13 years old, with additional builds of coal fired generation increasingly unlikely.

Fortunately, given the shift in technology, an alternative, cleaner source of generation is at hand.

Returning to the above key factors, but with a modern renewables lens:

Octopus Investments are investing directly into the Australian renewable energy sector and helping to provide the innovative solutions it needs during its transition to a clean energy future. Stay up to date with our latest insights by clicking follow below or visit our website for more information.

Andrew joined Octopus in 2016, having worked as an M&A investment banker. Andrew has advised across a range of industries including the infrastructure, power and technology sectors, and holds an LLB (Hons) from The University of Melbourne.

J
Janine Spring
2nd Jun, 20
I'd love to know where that photo of the solar panels is taken
B
Bernie Masters
2nd Jun, 20
You're a young man, Andrew, whereas I'm just about to hit 70 years of age, so it's difficult for me to pay out on a wager that I'd like to make with you about the state of Australia's and the world's energy supplies in 2050. My view is that we don't yet have the right technologies to replace fossil fuels and Australians in general are not happy about paying extra to reduce their carbon footprint. Whatever you think is happening in the world of energy at present, the overarching influence is a combination of population growth and resource use. The book Empty Planet provides good evidence to suggest an end to human population growth by 2050 and I expect this will cause an end to increased resource use including of fossil fuels by 2100. So the next millennium will see a global human population much lower than today and energy use including as a consequence CO2 emissions much lower than today. In other words, today's climate change crisis will be looked upon in 80 years' time as a short-term distraction from the many far more important current issues facing nature and humanity.

Andrew Smith
2nd Jun, 20
It may not be noticed locally but there are long term policies being implemented and followed to reduce fossil fuel use and/or replace with renewable sources, e.g. the EU whose standards influence all trading partners and nations (hence, antipathy of UK Leave or Brexit and Trump/GOP). Agree on the 'overpopulation' myth promoted in the Anglo world which resonates with delaying the take up of renewables vs. fossil fuels, and strong environmental measures (while demanding immigration restrictions), though oil is central to e.g. pharmaceuticals. 'Empty Planet' is an excellent work promoting the credible research and analysis round population of others including Hans Rosling; another work was science journalist Fred Pearce's 'The Coming Population Crash: and Our Planet's Surprising Future'.

Get investment ideas from Andrew Walton when you sign up to Livewire Markets.